Trees are crucial to combating climate change. It’s why we’ve developed 3D laser mapping to help measure how much CO2 the world’s trees absorb today – and predict how much they’ll store in the future. Find out more ... 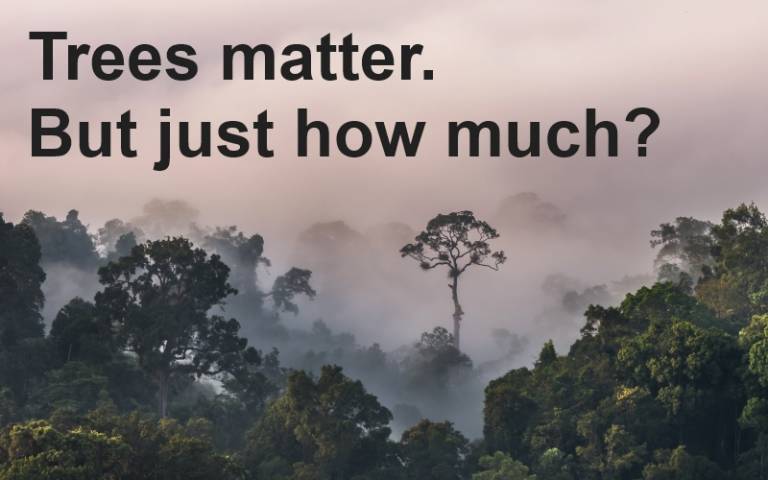 Weigh your local tree with Nasa and your smart phone and help to find out how much carbon the world's trees store.

The Earth was once covered in about six trillion trees. We’re down to three trillion now, with billions more lost each year. In many ways that’s a mark of progress. For thousands of years, people have cleared forests and jungles to make space for settlements and agriculture. The wild wood has been beaten back and development taken its place.

But in the twenty-first century, cutting down trees is increasingly viewed as unsustainable. Trees, after all, soak up carbon dioxide, the chief greenhouse gas responsible for global warming. And so, trees are now widely seen as a crucial ally to help tackle climate change. Felling trees today now seems doubly counterproductive. First, their stored carbon is often released directly into the atmosphere. And second, trees no longer standing cannot help by continuing to remove carbon as they grow.

That’s one reason why planting trees is often presented as a simple strategy to help reduce the damaging impacts of carbon pollution. And it goes further: extra trees are often presented as compensation for emitting that pollution in the first place. The carbon released by taking a flight or operating a coal power station can be cancelled out by well-meaning investment in new trees calculated to soak up an equal amount, and so offset the damage.

Performed on a massive scale – and a popular campaign calls for a trillion to be planted – growing new trees could indeed help individuals, companies and countries claim to have gone carbon neutral, or as it is increasingly called, reach net-zero emissions.

But will all these trees truly help the climate and the environment?

And if so, by how much? That’s a more difficult question to answer.

Ironically, planting new trees can sometimes come with a heavier environmental impact than needed. Research at UCL has shown the using plastic guards to protect saplings from animals can double the carbon footprint, compared to plastic-free ones. Organisations including the Woodland Trust are trialling plastic-free alternatives such as cardboard. 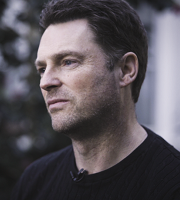 “It’s also crucial that we plant the right trees in the right place,” says Mark Maslin, professor of Earth System Science at UCL. “There are certain places where trees are brilliant and therefore you would plant the native trees that grow best in that place. So, for example, you would not plant eucalyptus on the south coast of the UK.” They would soak up plenty of carbon dioxide, he points out, but would also pose “a massive fire risk”. Many tree planting schemes produce plantations of just one type of tree, which hold less carbon and less biodiversity than natural forest.

So, how much carbon can a tree store?

“The only real way to do it properly is to cut the tree down and to cut it into bits and to weigh it,” says Mat Disney, an expert in remote sensing in UCL’s geography department. “Not only is that difficult, time-consuming and expensive but we don’t want to do it, because by definition you have then cut the tree down.” 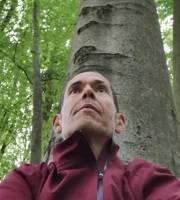 Disney and his colleagues are instead working on non-destructive techniques to calculate the amount of carbon in living trees while they still stand. Using accurate laser scanning, they can work out a tree’s 3D structure, and so how much it weighs. Roughly a quarter of this will be carbon – locked away in the tree’s roots, trunk, branches and leaves.

This method is more reliable than other methods, which are typically based on measuring a tree’s diameter and then using a crude equation to estimate its carbon content. Those methods tend to underestimate a tree’s carbon, Disney’s research has found.

Why does that matter? “Those relationships that are used to extrapolate across the globe are based on a very small sample of trees, and they're particularly biased towards smaller trees, because those are the ones that tend to get cut down,” he explains.

Disney is now working with the US space agency NASA to validate estimates of forest height and carbon content collected by an experiment flying on the International Space Station. How is that useful?

“Everyone wants to plant more trees and generally that’s a positive thing. But to work out just how positive, and what the benefits to the climate will be, we need to know how much carbon those trees will take up.”

That’s an important task, Maslin agrees. His own research suggests that the current price of carbon – how much it costs individuals and firms to buy offsets for a certain amount of pollution – is too low. “Offsets would have to increase by about 10 to 20 times in cost to actually reflects the true cost of removing a tonne of carbon dioxide from the atmosphere,” he says. Avoiding deforestation is as important as replanting trees, he points out. And only higher carbon prices will be enough to convince landowners not to fell trees to clear and sell land for agriculture.

Still trees can only do so much

"If we're going to achieve net-zero, trees and forests are almost irrelevant and can actually be a distraction from the main issue of decarbonising our economies," Disney points out.

"Trees are obviously important for all sorts of reasons, and we definitely want more of them, but they're not going to change our emissions pathway.  That needs systemic change." 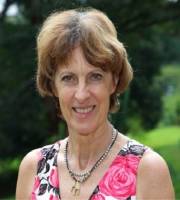 “A new economy based on natural prosperity can contribute to our survival and success in future,” she says.

Weigh your local tree with Nasa and your smart phone and help to find out how much carbon the world's trees store.