UCL researchers are using the precious metal to help capture carbon dioxide, while others are looking at the controversial role this kind of technology could play in emissions reductions. 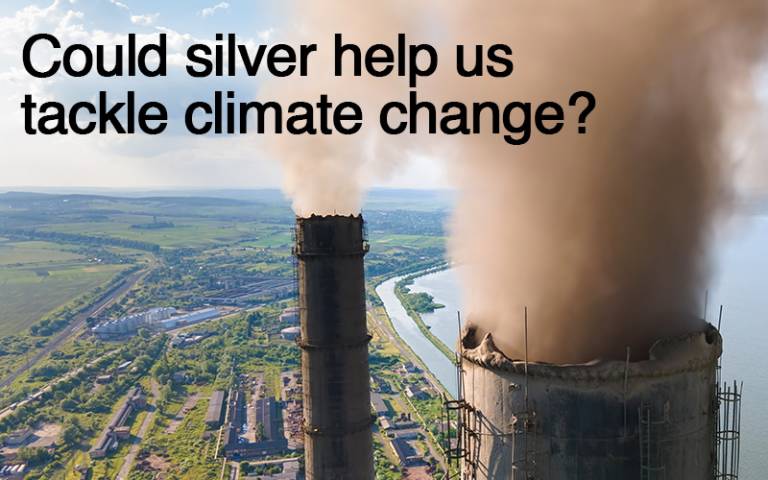 Challenge yourself to lower your carbon footprint by 10%. You can calculate your footprint at footprint.wwf.org.uk

UCL researchers are using the precious metal to help capture carbon dioxide, while others are looking at the controversial role this kind of technology could play in emissions reductions.

As the world seeks to decarbonise, some industries and sectors will find it harder to switch to renewable sources than others. Steel and cement making, for example, are likely to rely on fossil fuels for some time because of their very high energy consumption. So they will continue to produce large amounts of carbon dioxide. That’s the bad news.

What’s the good news? Greenhouse gases like carbon dioxide do not have to find their way into the atmosphere, warming the climate. Instead, they can be captured and stored away. Indeed, carbon capture and storage (CCS) is now a major part of many national emission-reduction plans. The problem is that the technology does not yet exist – at least at a price that makes it a realistic large-scale option. 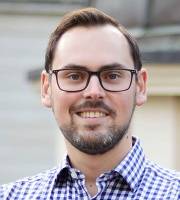 The valuable metal silver may seem an unusual way to reduce CCS costs. But that’s the goal of a project between UCL and the University of Newcastle that uses silver to help make innovative membranes. The membranes can separate carbon dioxide from the mixture of gases that emerge when fossil fuels are burned. That’s a vital step in CCS and one needed before carbon dioxide can be stored.

“The main UCL involvement was through the advanced characterisation of these types of high temperature membranes,” says Thomas Miller, a chemical engineering researcher in the UCL Faculty of Engineering Science. “They operate at 650 ◦C, so silver is perfect because it's really stable at high temperatures.”

How does it work? The chemistry of the silver-containing membrane is designed to allow carbon dioxide to pass easily from one side to the other. But gases such as nitrogen cannot. So, the membrane effectively acts as a sieve, and produces a stream of carbon dioxide on one side that is pure enough to capture and store in a cost-effective way. Miller says:

“You have a really high utilization of the silver because you put in relatively little, but it forms a pathway that is incredibly conductive, which allows you to transport CO2 through these membranes at much higher rates.”

CCS as the last resort

How would such CCS technology be deployed? That depends on how well other efforts to reduce carbon emissions play out. Fergus Green,  a climate policy expert in the UCL School of Public Policy, says: 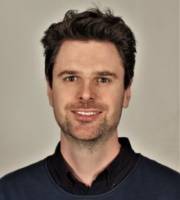 “We can actually rely less on CCS and other complex, expensive, less proven technologies if we do more now to phase out fossil fuel production and combustion.

The alternative, and in my view implausible, scenario to meet our climate goals is we continue with business as usual and then assume that a staggering amount of CCS will be deployed later.” That could be a gamble too far given the technology is so-far unproven.

The situation is complicated by the way that the idea of CCS can manipulate efforts to reduce emissions from fossil fuel, Miller adds. “There’s a moral hazard here in that if we hold out the promise of carbon capture and storage, then we might be less willing to act now.”

How could that happen? One problem, Green points out, is that some fossil fuel companies and politicians use the idea of CCS as a way to argue for continued investment in carbon-heavy technology. “The more that they hold out the promise of CCS, the more they create the impression that there's this magic technology that will be able to solve all their problems in the future,” he says. 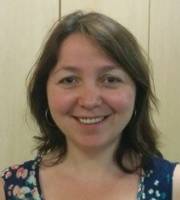 And that’s not the case. “Carbon capture and storage is not a magic bullet,” says Isabela Butnar, an environmental sustainability scientist in the UCL Faculty of the Built Environment. CCS applied to fossil systems will merely reduce fossil emissions, while a different strategy that could directly capture CO2 from the atmosphere could have a bigger effect.

Butnar's research looks at different types of carbon dioxide removal technologies  and assesses how effective they are and how permanently they keep carbon from the atmosphere.

“Even if we have different options of removing carbon, if we need to scale them all up then we will have problems. We will have land competition with food production. And we will have more natural resource consumption.”

Ultimately, the scale of carbon removal and storage required will depend on our emissions. Which is another reason for everyone, from individuals to organisations, to find ways to cut their own carbon footprints. Butnar says:

“This pretty much depends on how much and how quickly we cut carbon emissions. The more we do now the less likely we are to need to rely on carbon removal in the future.”

UCL has started to act on its own research by setting itself ambitious Net Zero targets as part of its sustainability strategy, which includes having net zero buildings by 2024 and being a net zero institution by 2030.

Challenge yourself to lower your carbon footprint by 10%. You can calculate your footprint at footprint.wwf.org.uk