According to the World Health Organisation, climate change is the greatest threat to health in the twenty-first century. 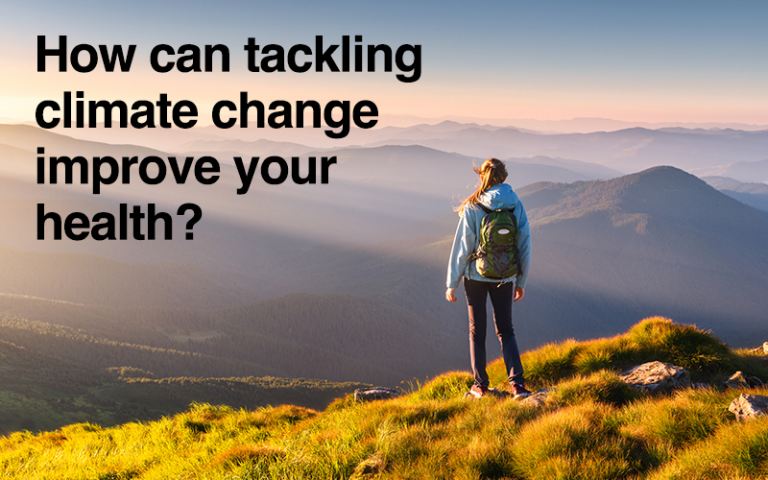 Choose to cycle and walk more. Here are some resources to support you:

From monitoring the effects of heatwaves to promoting cycling over car journeys, UCL researchers are investigating the links between climate and health and how action on one can address the other.

Disruption to climate and weather systems threatens supplies of food and water, can encourage infectious diseases, and raises the physical and mental health threats from floods, droughts, and heat waves.

International researchers have embarked on an ambitious project to track the connections between public health and climate change and report the results each year. Called The Lancet Countdown on Health and Climate Change and based at UCL, this started in 2016 and is scheduled to run until 2030.

What’s the latest? The 2021 report showed that every region of the world is affected by climate change and its health impacts are getting worse. There have been more frequent and more intense extremes of heat harming people’s health in rich and poor countries, with 72% of countries seeing an increase in human exposure to wildfires.

Marina Romanello, a research fellow at the UCL Institute for Global Health, acts as executive director of the project. She says:

“Our goal is to ensure that in responding to the climate crisis, we’re maximizing the health benefits of that response. And we’re protecting the health of people around the world.”

Risks of infectious diseases like dengue, malaria and cholera are increasing as their ranges increase with temperature, Romanello adds. In 2020 almost a fifth of the global land surface was affected by extreme drought in any given month – putting people in danger of food and water insecurity.

Action to address climate change can be leveraged to boost health as well. And this offers an opportunity. “It can lead to a win-win situation,” Romanello says. From eating less red meat and cutting down on polluting fossil fuels, many policies to reduce greenhouse gas emissions align with public health messages. “That means that by taking action to limit climate change we can prevent literally millions of avoidable deaths a year,” Romanello says. 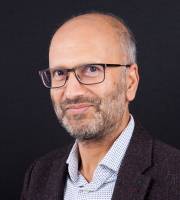 Sanjay Sisodiya, Deputy Director for Sustainability & Climate Change at UCL Queen Square Institute of Neurology, is investigating how climate change will affect people with neurological conditions, and specifically the impact of increased heatwaves.

“We do think that climate change is going to be an important challenge for people with neurological diseases. In the case of some people with epilepsy, their families have noted over the past few years that during the heatwaves their condition has become worse.”

How big a problem is this? To find out, Sisodiya has established a consortium called Epilepsy Climate Change (EPICC) to coordinate research and share knowledge. “We know that individuals with certain sorts of epilepsy do have more seizures. And speaking to patient support groups, they report that their members also see this happening,” he says. “But it's not something that's been formally evaluated. And of course, that's one of the things that we want to do.” Other diseases of the brain and nervous system, including stroke, may also be sensitive to temperature changes.

As an institution, UCL is also taking action to tackle the risks to health caused by a changing climate. The university’s medical school has added links between healthcare, climate change and sustainability into the undergraduate curriculum, to prepare future generations of medical professionals for these new risks to human health.

And UCL is working to demonstrate the benefits of nature-based solutions to improve the health of both people and the planet. The Wild Bloomsbury project will create 10,000 square metres of extra biodiverse space by 2024, providing ecological benefits but also supporting wellbeing by increasing access to green space for the UCL and the wider Bloomsbury community. It will also build resilience to climatic effects like flooding and overheating and reduce air pollution. 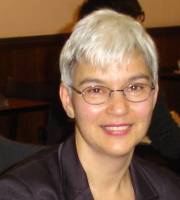 Choosing active transport – cycling and walking – is an obvious action that individuals can take, adds Jenny Mindell, Professor of Public Health at UCL.

Through a project called Street Mobility, Mindell and her colleagues have investigated an effect called community severance, where the speed or volume of motor traffic – or transport infrastructure such as motorways - acts as a physical or psychological barrier to the movement of people. This can discourage people from walking or cycling and leads to fewer social contacts, with knock-on effects on people’s physical and mental health.

“If people use active travel (walk, cycle or use public transport and walk or cycle at one or both ends of the journey), then they can meet the physical activity recommendations. They can lose weight. They can improve their mental health and wellbeing. They can reduce their risk of many diseases. Not sitting in cars also means reducing air and noise pollution and injuries to other people. And it's good for the environment”.

Choose to cycle and walk more. Here are some resources to support you: