From humour and psychology to helping councils engage local people, UCL researchers are working out the best ways to talk about action on climate change. 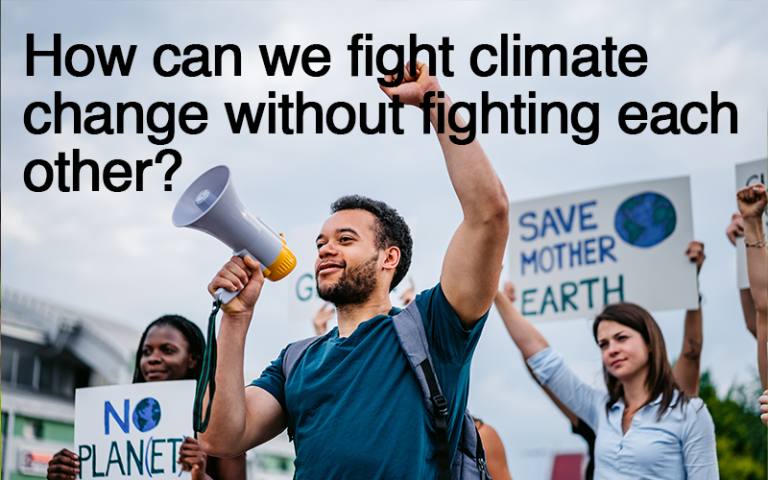 Get talking about climate change! Join a climate community group in your area or access UCL Handbook for Communicating Climate Change (pdf).

Talk about climate change is everywhere, from adverts and announcements to coverage in the media. But how many of those conversations are useful and how often do we talk past each other? Just one look at social media shows how climate chat can be a source of tension and disagreements.

Researchers at UCL are working to improve that communication. For example, Gemma Moore, a Senior Research Fellow in the Institute for Environmental Design and Engineering, has worked with Camden Council in London to help guide the way it engages local people. 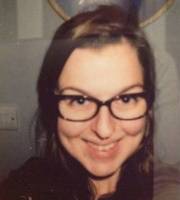 How does it do that? One route is citizen’s assemblies, which draw a representative selection of people from the local community to learn about an issue, discuss the problem and propose solutions. Together with other academics at UCL, Moore helped the council evaluate the UK’s first such assembly on climate change in July 2019.

“I think the majority of residents found it a really useful experience,” says Moore, who was asked by the council to sit in and then assess the exercise.

“It was educational and also very useful for residents to feel like they can have a say and control over making decisions rather than decisions being made for them.”

How did it work? Citizens’ Assemblies randomly select a representative group of people to learn about, deliberate upon, and make recommendations on a particular issue. The Camden Citizens’ Assembly involved 3 assembly meetings, over 12 hours, with 49 assembly members attending all three meetings. They generated some 613 total ideas and then voted on those they thought should be followed up. A series of such votes shortlisted 213 ideas and made 17 final recommendations.

“It wasn't a perfect process because when they voted on ideas, as clearer ideas naturally got voted upon, rather than ones that could be worked up and debated a bit more,” she says. “We do need to have more open processes. And I do believe taking a more participatory approach is really valuable.”

Key to many discussions on the climate problem is trying to get people, organisations and policy makers make changes or take specific actions to reduce greenhouse gas emissions. And simply warning people about the consequences of not acting is not enough. That’s according to Kris De Meyer, Director of the UCL Climate Action Unit.

The importance of story telling 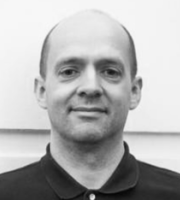 So, what’s a better strategy? Drawing on lessons from decades of psychological studies and findings, including from the fight for civil rights in the US in the 1950s, De Meyer says it’s vital to tell stories about people taking positive action on climate change.

“The conventional view that increasing people’s understanding, awareness, concern or even fear of climate change are necessary precursors for action is flawed. In real life, the relationship between beliefs and behaviour often goes in the opposite direction, and our actions change our beliefs.”

And the most effective way to get people to act is for them to learn from the actions of others.

“Some of these things have been known for 70 years in different branches of psychology and the social sciences long before climate change was an issue. And the problem is that some of these insights haven't made it into climate change communication,” De Meyer adds.

How do they put the idea into practice? The Climate Action Unit runs training courses that try to improve the way people communicate about the issue. “We don't tend to say what it is that people can do. We tend to help people to ask the question, what can I do in my role?” he says. “Whether an investment manager or a journalist or as a politician or in a local council, or whether I'm a parent, or a member of my community. In each of those different roles that we play in life, we have stuff that we can meaningfully do on climate.”

Even comedy. UCL climate scientist Matt Winning, who works on the economic impacts of climate policies at the Institute for Sustainable Resources, has a second role as a stand-up comedian, with a show dedicated to climate change that he performed at the Edinburgh Fringe festival this year.

“I now only talk about climate change in the shows that I do,” he says. The focus on climate came after he received a lukewarm review when a critic said a previous routine lacked focus. “I thought if you want me to talk about something, alright, I'll just do an hour about climate.” 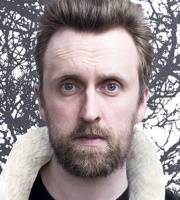 How do the audience react? Winning says they enjoy it, and that some seem to leave with renewed interest or motivation to tackle their own emissions.

“I have tried to put enough in there that people will be able to take something useful, but I can't really force that too much. It always has to be funny. I might allow myself one or two bits that aren't quite funny enough, but I really want to make these points.”

Given these different ways of communicating, what’s the best way for individuals to make a difference? De Meyer says it depends on their own circumstances. “Climate action is not only about activism or reducing your own carbon footprint,” he says. “Look for opportunities to influence the organisation or sector you work in. For many of you, that's where the real opportunities for climate leadership lie.”

Get talking about climate change! Join a climate community group in your area or access UCL Handbook for Communicating Climate Change (pdf).