As the cost of solar power continues to fall, UCL researchers are working on technology and policies to make the green technology accessible to more households. 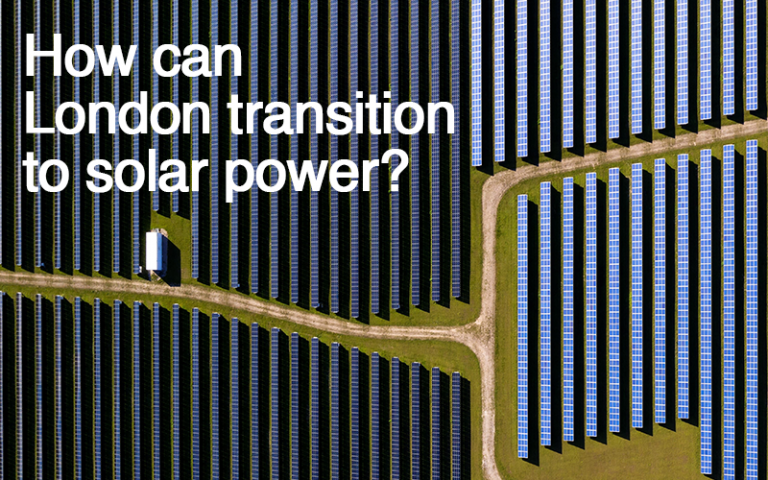 See the opportunity for solar panels on your home, visit the London Solar Opportunity Map.

It might not always seem like it, but London receives over 1,600 hours of sunshine every year. That is more than enough to meet the city mayor’s target to generate 1GW from solar power by the end of the decade – about the same as produced by the modern gas power station in Barking. But to date, this source of renewable energy remains largely untapped.

How could London expand its use of solar power? One important step is to make clear just how much electricity could be generated from panels installed on the various urban rooftops and areas of open land. That’s something that Steve Evans, who works in the UCL Energy Institute, has helped with. His team has produced a Solar Opportunity Map, which highlights the potential for both solar power and solar hot water anywhere within the M25 motorway. And it’s a tool available to millions of people looking for actions they can take. 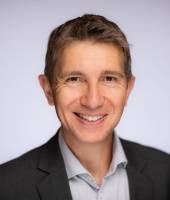 “If someone lives in London, they can go onto the London map, search for an address or building and the 3D model of London will give them a good estimate of how much energy they could generate from solar if they fitted panels to their roof.”

How does the Solar Opportunity Map work? It’s based on a 3D computer model that calculates how much direct and diffuse solar radiation falls annually on all surfaces, taking account of overshadowing by neighbouring buildings and trees. It then estimates the solar energy potential, allowing for the slopes of roofs and for different solar technologies.

Solar power can be expensive to install, and so the map provides a good way of testing how viable an installation might be.

Can the technology be made cheaper to make solar power more accessible? A separate UCL team has taken a large step in that direction, by substantially increasing the efficiency of a new type of solar cell. This could help pave the way for its widespread use as a low-cost and environmentally friendly alternative to existing solar power technology. 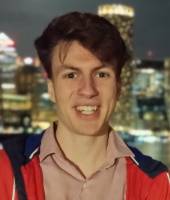 “Standard solar cells are silicon-based, but they are bulky, expensive and energy intensive to produce,” says Seán Kavanagh, a researcher in the UCL chemistry department. Current ultrathin alternatives, which can be applied to windows and can generate energy while allowing visible light in, have drawbacks. They are mainly composed of toxic elements such as lead or cadmium, or they contain scarce elements such as indium or tellurium.

Kavanagh and his colleagues have investigated how to improve the efficiency of a newer type of solar cell, made from nanocrystals containing two kinds of metal atoms – silver and bismuth. Using complex computer modelling, the researchers found that an even spread of silver and bismuth atoms across the material increased the amount of light the nanocrystals could absorb, allowing more energy to be generated.

“We are trying to identify these new technologies that we could develop to maybe hit the market in five- or 10-years’ time,” he says. That might seem far removed from people’s daily lives, but Kavanagh says there are still actions that people can take to support the effort.

The UCL campus has already taken advantage of available roof space, with solar panels installed on buildings from the Archaeology department to Architecture and the Student Centre. In 2021-22, solar panels on UCL's central campus generated over 120,000 kWh, with another 620,000kWh generated at our first carbon negative building PEARL. Together that is enough to boil the water needed to make almost 20 million cups of tea.

What can policymakers do to promote solar power? One approach, says Michael Fell, senior research fellow at the UCL Energy Institute, is to pay people more for any surplus electricity they generate with domestic solar panels. 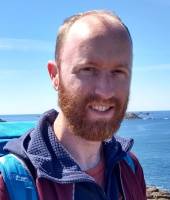 “One option is finding ways to unlock the value in the gap between the amount which someone can sell to the grid for and the amount that people buy from the grid for,” Dr Fell says. “It’s called peer to peer energy trading and means that my neighbour with solar power might be able to sell it to me at an advantageous price. And we would both be able to get a saving.” The idea has yet to take off on a large scale, he says, mainly because of regulatory barriers.

Other helpful policies could include financial incentives to encourage homeowners to pair solar power with batteries that can store and re-use left-over electricity in the winter. Research at UCL shows that with a home battery, the self-consumption of solar PV in the building almost doubles, allowing residents to reduce electricity imports from the grid by up to 84%, which can in turn help the owner to become less dependent on the grid and electricity prices.

“There's lots of people who want to get solar power right now, because the prices for energy are so high and the costs for installing solar power have fallen. So, it's a really good financial bet if you can afford the upfront cost.”

See the opportunity for solar panels on your home, visit the London Solar Opportunity Map.