As the carbon emissions of ships come under increased scrutiny, UCL researchers are working to develop new regulations, fuels and technologies for the high seas. 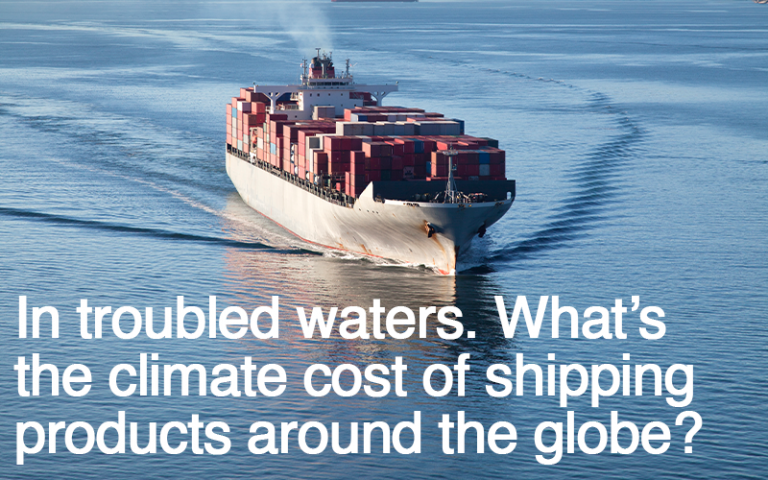 As you read this, tens of thousands of giant cargo ships are chugging across the world’s oceans, carrying some 90% of the world’s goods. That’s everything from foods and shoes to clothes, chemicals, machinery, furniture and cars. Mostly out of sight of land, these ships have escaped much of the environmental scrutiny that surrounds more visible producers of greenhouse gases, such as aircraft and cars. But ships are a major user of fossil fuels, and researchers at UCL are busy working out how to make them cleaner and greener.

“International shipping produces about a billion tonnes of carbon dioxide pollution every year at the moment,” says Tristan Smith, an expert in low-carbon shipping at the UCL Energy Institute. “But that carbon footprint is growing because we're increasing trade, and it's a sector that's dependent on fossil fuels.”

The scale of that dependency is highlighted by an innovative map produced by Smith and his UCL colleague Julia Schaumeier. Working with the visualisation studio Kiln, the duo created a map based on 250 million data points that shows carbon emissions from all the ships in the world over time, highlighting the true scale of shipping’s role in the climate crisis.

Underpinned by the institute’s analysis of global shipping emissions, the map revealed the full extent of the shipping emissions challenge for the first time and has helped to frame future discussions on how to regulate greenhouse gas emissions from the sector. That’s an important contribution to efforts to limit global warming to 2 degrees C or less. Without action, experts predict that shipping could account for between 12-18% of global CO2 emissions by 2050. 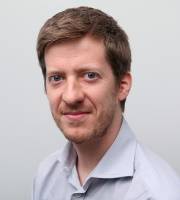 So, what can be done?

“Shipping is an industry that will need a direct substitution for fossil fuels."

"It’s not easy to convert to batteries or to electrify and plug into the grid. It needs a liquid fuel and probably one that is derived from hydrogen. We do a lot of modelling of the possible technologies to look at the comparative costs.”

Smith’s research says the most realistic way to decarbonise international shipping is to use alternative liquid fuels made from hydrogen, which can be burnt in existing engines.

Two promising candidates are methanol and the fertiliser chemical ammonia. At present both these fuels are usually made from fossil fuels, but as technology improves they could be made from plants and zero-carbon hydrogen.

“A lot of what we're doing is trying to work backwards and say, well, this is the end solution. It might not be what we have at full scale production for the next two decades, but we need to see how we would get there and then work towards that objective.” 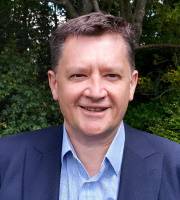 A quicker option could be to copy what’s happening with road vehicles and switch to batteries. While not feasible for international freight shipping because of the need to recharge, fellow UCL scientist Richard Bucknall, professor of marine systems in the mechanical engineering department, is looking at how batteries can reduce the fossil fuel dependence of vessels like pleasure craft and short-journey ferries.

“There are still a number of challenges,” he says. “Ferries obviously run to a timetable and so you need to charge very rapidly when the vessel is in port. And that has implications for the electricity grid because it needs to supply a lot of electricity very quickly.”

Another alternative fuel option for ships are fuel cells, which could convert hydrogen directly to electricity, to charge storage batteries and to power the ship. There are submarines and road vehicles operating around the world using fuel cells effectively so it is a matter of adapting the technology for ships and reducing the high cost of fuel cell and green hydrogen.

“UCL is investing in a new advanced propulsion laboratory at the Queen Elizabeth Olympic Park. So, we're going to have the opportunity to demonstrate some of these technologies in marine power and propulsion system research."

Will ships embrace these new ideas, especially if they come with added costs? 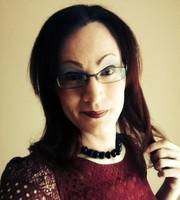 “There has been a reluctance in the industry to change,” says Rachel Pawling, who works on ship design, also in the UCL mechanical engineering department. “This has all changed recently. And the big thing that's changed is on the regulatory side.” Called the Energy Efficiency Design Index (EEDI), the regulation sets limits on how much carbon dioxide ships can produce per mile.

Pawling’s research on how to make ships more fuel efficient has fed into this process, showing, for example, how the EEDI demands could be tightened in coming years.

“From an engineering point of view, we think it’s something that can be achieved,”

“Cargo ships have generally been designed to be cheap to build. Which doesn't mean inefficient. But it does mean there's been no incentive until relatively recently to really make them as efficient as possible.” With tighter regulations in place, engineering would then find a way for ships to meet them. Further regulation, adopted last year will further incentivise reductions in operational efficiency – so ships now need to be both designed and operated much more efficiently. With the UN agency responsible for shipping committed to deep absolute reductions in GHG, these efficiency regulations will also soon be joined by regulation to drive fuel use away from fossil fuels.

To tackle the problem from a different perspective we can reduce the goods we purchase from overseas. UCL already prioritises local sourcing for everything from food to lab supplies, and requires suppliers to reduce packaging, so making them more compact to transport. The university also encourages repair and reuse wherever possible, for example through sessions on how to fix microscopes and other equipment and a popular scheme that allows staff to share unneeded furniture, stationery and equipment.