UCL scientists are using machine learning techniques to spot deforestation and lower the energy demands of the cement industry. Meanwhile, others on campus are working to make AI itself more sustainable. 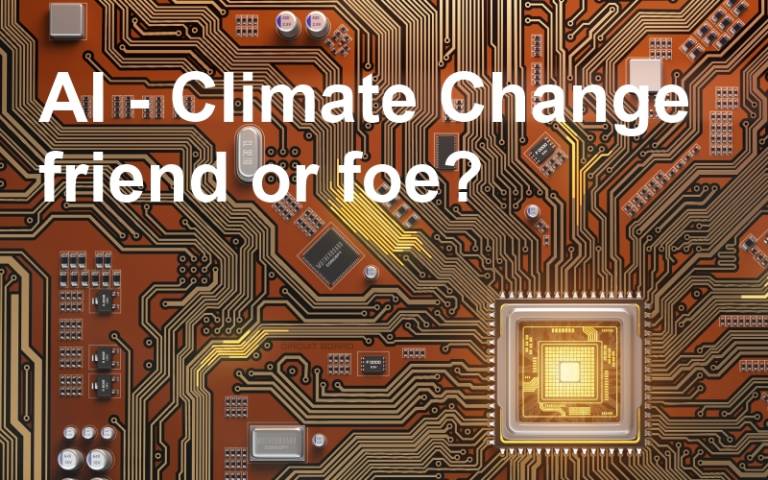 Easy: Search the internet with an ethical search engine like Ecosia. Your queries help them plant more trees.

Advanced: Give your email inbox a good clear-out (it reduces the energy needed to store emails in the cloud).

The natural world is a big place. And keeping track of its wildlife is a big task. Take a rain forest. Satellites can monitor deforestation from space. But the situation on the ground is harder to follow. 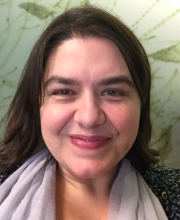 "It’s really important to understand what’s happening to the animal and plant communities underneath the canopy. That’s the only way to track and understand the consequences of climate change on these valuable natural systems."

says Kate Jones, Professor of Ecology and Biodiversity at UCL.

Scientists have developed technology to help them do that. Jones uses camera traps – which snap images automatically when an animal or bird passes the lens – and audio recordings to get a sense of the biodiversity of a region. But she ends up drowning in data.

“A camera trap project I have in Kenya at the Masai Mara has five million images every season. So, it’s almost impossible for one person to go through that,” Jones says. 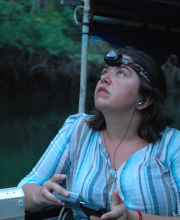 What’s the solution? Jones has turned to artificial intelligence (AI). Using machine learning techniques, computers can be trained to identify species, and the condition of their natural habitats, from the way they look and sound. One project Jones runs in Borneo, for example, uses AI to judge how degraded a forest region is from the array of sound it makes. “You can figure out what it sounds like and then what its status is,” she says. “And if you know what an area normally sounds like then you can use it as an early warning system. So, if there’s an anomaly like the sound of a chainsaw you can figure out if something bad is happening.”

In this way, Jones uses AI to track the effect that human activities, including climate change, have on the natural world. That’s an important route to check on the progress of targets, to slow deforestation and biodiversity loss for example. Can individuals help? Jones says they can. Choosing to eat less meat is one way, because it reduces the pressure to clear trees and use the land instead to raise animals.

How can AI protect the environment in other ways?

Aidan O’Sullivan at the UCL Energy Institute uses machine learning to tackle one of the biggest and most problematic sources of industrial carbon emissions: cement making. If the cement industry were a country, it would be the world’s third biggest emitter. Unlike other industries there is no prospect of zero-carbon cement any time soon. The ingredients and manufacturing process are always going to be energy-intensive and release carbon dioxide. But the massive greenhouse gas emissions of the cement industry do mean that reductions have an outsized influence. 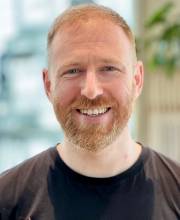 "If you do a little bit of improvement, you could get massive reductions in emissions. Because they’re such big emitters, a one per cent improvement, you know, it's the same as taking a huge number of cars off the road."

How to do that? O’Sullivan co-founded a spin-off company called Carbon Re that uses AI to analyse how changes in the manufacturing process increase or decrease the amount of energy used. Making cement isn’t like making most other things. The ingredients can be different each day, and operators must balance conditions like fuel and temperature to optimise the production process. The AI can track these varying conditions, compare the outcomes, and then recommend the best moves to the operators.

Reducing energy use saves the cement companies money as well as shrinking carbon emissions. And the same AI-based analysis could benefit other major emitters such as the steel industry.

AI runs on computers and that takes energy. Could all this AI activity start to present an environmental problem itself? Indeed, it could. Training one AI model can generate 284 tonnes of carbon dioxide, equivalent to the lifetime emissions of five cars. 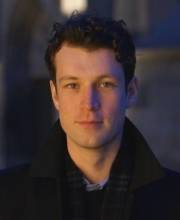 Adnan Mehonic, an assistant professor and RAEng Research Fellow in nanoelectronics at UCL, has a possible solution.

"AI computing needs a load of data to get anything useful. Whenever you have more data to work with, that's going to require more resources, more memory, more computational power, and more energy. But there are ways to make AI much more energy-efficient."

Like what? In recent research, Mehonic analysed the benefits of using a new kind of nanoelectronic device instead of transistors, the basic building blocks of modern electronics. These new electronic components, called memristors, could make faster, and up to a thousand times more efficient chips, that integrate memory with logic. The new study showed how the reliability of memristor systems could be improved, by getting them to work together in sub-groups, while retaining impressive energy efficiency.

Mehonic says the design is inspired by the way the human brain operates, and that memristors could potentially pack such huge amounts of computing power into hand-held devices that they wouldn’t need to connect to the Internet.

Individuals can help as well, he stresses. “The first thing is simply to recognise there is a problem,” he says. “As we all start to use and get benefits from AI systems, we should be aware and ask about the resources they need.”

Easy: Search the internet with an ethical search engine like Ecosia. Your queries help them plant more trees.

Advanced: Give your email inbox a good clear-out (it reduces the energy needed to store emails in the cloud).