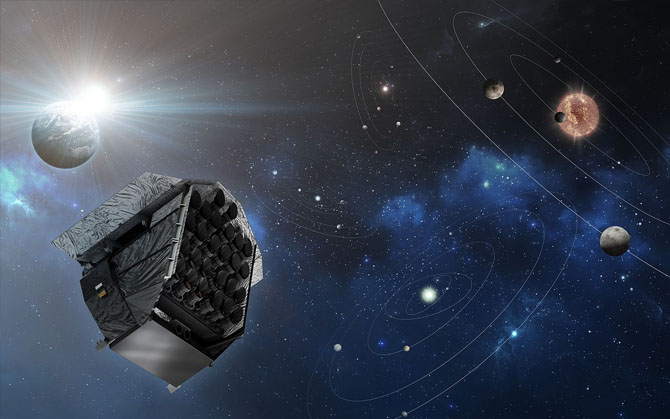 The primary goal of PLATO (PLAnetary Transits and Oscillations of stars) is to open a new way in exoplanetary science by detecting terrestrial exoplanets and characterising their bulk properties, including planets in the habitable zone of Sun-like stars. PLATO will provide the key information (planet radii, mean densities, stellar irradiation, and architecture of planetary systems) needed to determine the habitability of these unexpectedly diverse new worlds. PLATO will answer the profound and captivating question: how common are worlds like ours and are they suitable for the development of life?

Understanding planet habitability is a true multi-disciplinary endeavour. It requires knowledge of the planetary composition, to distinguish terrestrial planets from non-habitable gaseous mini-Neptunes, and of the atmospheric properties of planets.

PLATO will be leading this effort by combining:

PLATO will assemble the first catalogue of confirmed and characterised planets with known mean densities, compositions, and evolutionary ages/stages, including planets in the habitable zone of their host stars.