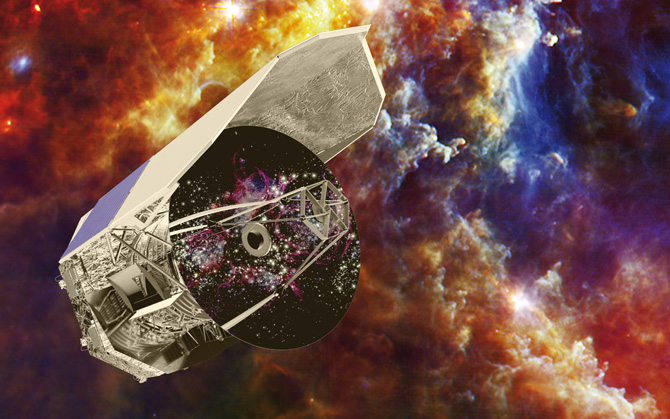 At 3.5-metres in diameter the mirror collected long-wavelength radiation from some of the coldest and most distant objects in the Universe. In addition, Herschel was the only space observatory to cover a spectral range from the far infrared to sub-millimetre.

Surveying the sky for almost four years to observe the glow of cold cosmic dust embedded in interstellar clouds of gas, the Herschel Space Observatory has provided astronomers with an unprecedented glimpse into the stellar cradles of our Galaxy. As a result, giant strides have been taken in our understanding of the physical processes that lead to the birth of stars and their planetary systems.

Herschel provided the unique possibility to observe, with unprecedented spectral coverage and resolution, a vast number of lines in the spectra of gas clouds produced by atoms and molecules that are present, albeit in small amounts, in the gas. Together with the observation of dust, these atomic and molecular lines were instrumental in tracking down the properties of gas in a vast number of star-forming clouds.