Space instruments designed, built and tested at MSSL are key parts of a number of international missions.

Since the mid-1950s, UCL has led the development and deployment of space instrumentation. Early instruments were launched on sounding rockets, such as the UK Skylark rockets (one of which stands in the MSSL hallway), while more recent instruments have been part of international missions from NASA, ESA, Jaxa and others. MSSL hardware has been on over 300 space missions since 1957 and been placed in orbit around Earth, Mars, Venus, Saturn as well as visiting comets passing through the solar system. 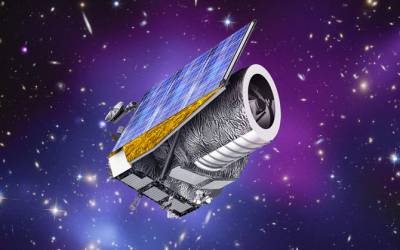 Euclid is an ESA mission to map the geometry of the dark Universe. The mission will investigate the distance-redshift relationship and the evolution of cosmic structures by measuring shapes and redshifts of galaxies and clusters of galaxies out to redshifts ~2, or equivalently to a look-back time of 10 billion years. 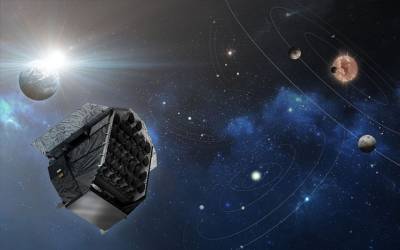 The primary goal of PLATO (PLAnetary Transits and Oscillations of stars) is to open a new way in exoplanetary science by detecting terrestrial exoplanets and characterising their bulk properties, including planets in the habitable zone of Sun-like stars. PLATO will provide the key information needed to determine the habitability of these unexpectedly diverse new worlds. 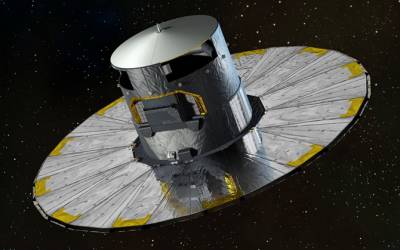 Gaia is an ambitious mission to accurately chart the motion of star in our galaxy, the Milky Way, in the process revealing its composition, formation and evolution. Gaia will provide unprecedented positional and radial velocity measurements with the accuracies needed to produce a stereoscopic and kinematic census of about one billion stars in our galaxy and throughout the Local Group. 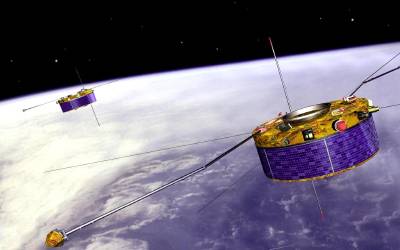 The Cluster II mission, together with the Solar and Heliospheric Observatory (SOHO), forms the First Cornerstone of ESA's Horizon 2000 programme. The mission was designed to study the magnetosphere with a fleet of four identical spacecraft orbiting together and is the first mission to make such observations. 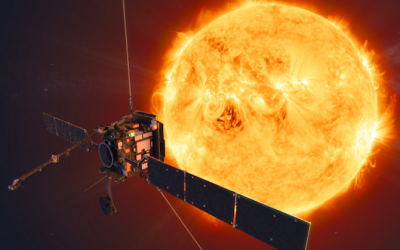 Solar Orbiter was selected as the first element in the European Space Agency (ESA) Cosmic Vision 2015-2025 programme.  The Solar Orbiter spacecraft will orbit the Sun at ever closer distances, reaching 0.28 AU by the end of the mission, providing both remote sensing and in-situ measurements of the Sun and its surroundings. The Sun-Magnetosphere-Ionosphere Link Explorer (SMILE) is a joint ESA-CAS mission to study the boundary between the magnetosphere and interplanetary space and understand how changes across that boundary drive space weather events. It will be the first mission design to image the boundary of Earth's magnetosphere. 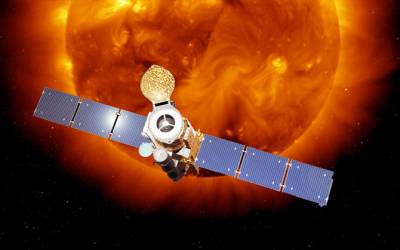 The Solar Observing Satellite Hinode mission will study the generation, transport, and dissipation of magnetic energy from the photosphere to the corona and will record how energy stored in the sun's magnetic field is released, either gradually or violently, as the field rises into the Sun’s outer atmosphere. 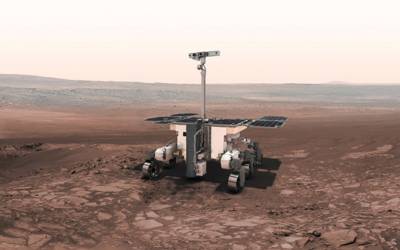 ExoMars is a joint endeavour between the European Space Agency and Russia's Roscomos agency, and consists of a 2016 Trace Gas Orbiter and Schiaparelli lander, and the 2020 Rover. MSSL is leading the PanCam team to provide the rover's scientific cameras. The ExoMars 2020 Rover is scheduled to arrive at Mars in 2021. 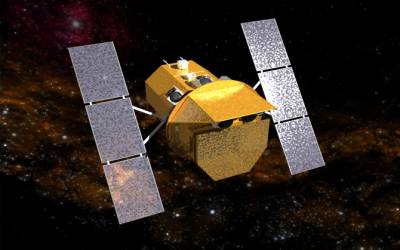 Swift is a NASA mission dedicated to solving the mysteries behind gamma-ray bursts. Within seconds of detecting a burst, Swift relays its location to ground stations, allowing both ground-based and space-based telescopes around the world the opportunity to observe the burst's afterglow