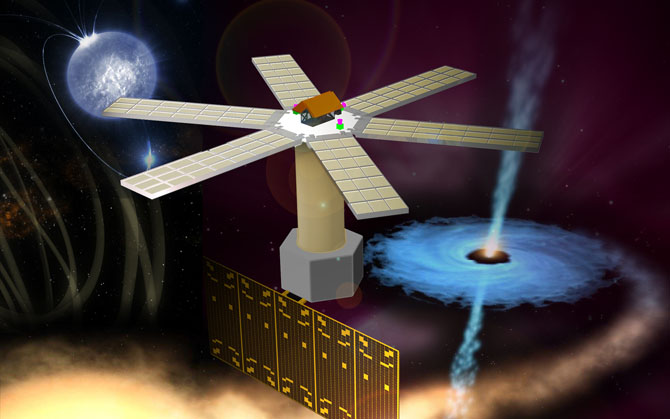 The Large Observatory for X-ray Timing (LOFT) is a proposed ESA space mission originally slated to launch around 2022, and now proposed to launch around 2025. The mission will be devoted to the study of neutron stars, black holes and other compact objects by means of their very rapid X-ray variability. LOFT is supported by a large international collaboration, led by researchers spread over most of the European countries, including Italy, Switzerland, Germany, Denmark, United Kingdom, Greece, Ireland, the Netherlands, Poland, Czech Republic, Spain, and with contributions from Brazil, Canada, Israel, United States and Turkey. SRON Netherlands Institute for Space Research acts as principal investigator.

The mission was submitted to the ESA Cosmic Vision M3 call for proposals, and was selected, together with other three missions, for an initial Assessment Phase.

On February 19, 2014, the PLATO mission was selected in favour of the other candidates in the programme, including LOFT. In spite of this, LOFT has been submitted to the Cosmic Vision M4 call for proposals for a planned launch date of 2025, if selected.

The main scientific objectives of LOFT are:

The unique capabilities of LOFT, make this instruments certainly able to provide new breakthroughs in a wide range of Astrophysical research areas.