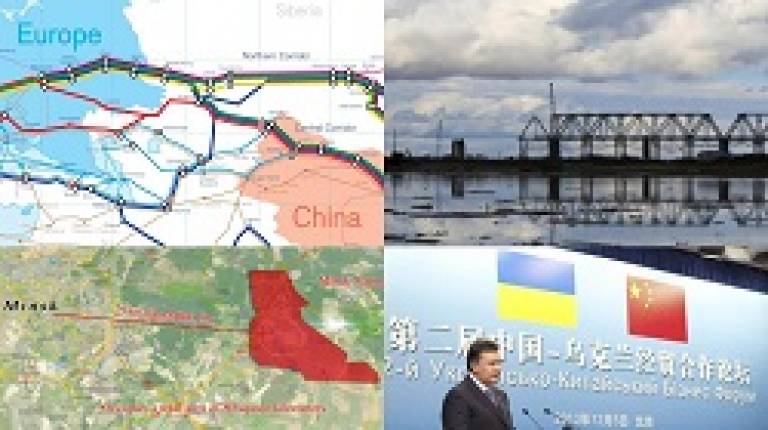 First and foremost, this research seeks to further understanding of how relations at the international level impact the illiberal tendencies of regimes at the domestic level. In particular, it looks at how relations with China have strengthened or weakened elements of authoritarianism present in Russia, Ukraine and Belarus. At the same time, it contributes to a debate on whether China is best understood as an autocracy promoter—imposing a particular non-democratic system of rule upon other countries—or as patron of authoritarian regimes.

An additional motivation for this study relates to a lack of research on China’s activities and impact in post-Soviet East Europe. The majority of studies on post-Soviet–China relations have focused on Central Asia. This is because China has conducted a highly publicised charm offensive to increase its presence in the region. Most notably, this charm offensive has included the proposition of massive bilateral deals to integrate the region’s transit systems into China’s ambitious One Belt, One Road (OBOR) infrastructure project (otherwise known as the Silk Road project). By contrast, this study looks to the neglected “gateway” for China’s OBOR to Europe: Russia, Ukraine and Belarus.

Finally, understanding the nature of Chinese relations with Russia, Ukraine and Belarus is essential to appreciate changes taking place in and around the region. Deepening ties with China presents new opportunities and risks for the regimes in the three countries. Most of all, it is affecting the regional balance of power. Like in Central Asia, China’s growing presence confronts Russia’s role as a hegemon in the region. However, the main difference from Central Asia is that there is another major power bloc—the European Union—acting as a second regional hegemon. China’s growing economic ties with Ukraine and Belarus might weaken Russian influence. Moreover, Chinese financial support could both prolong undemocratic rule in Russia, Ukraine and Belarus and enable China to establish a political and economic presence along the EU’s eastern borders.

Peter is a MPhil/PhD research student at SSEES. His primary and secondary PhD advisors are Andrew Wilson and Peter Duncan.