The Alexander Nash Albanian Studies Programme was initiated on 1 September 1997 after SSEES received a generous bequest from Alexander Nash (formerly Naçi) who passed away in 1995 at the age of 46. Nash obtained a French and Spanish degree at Queens College, University of Oxford. He then worked as a university lecturer, journalist and translator, collaborating amongst other things with the European Commission. His father, Gjenco Naçi, an Albanian who was born in Turkey (1907) and grew up in Greece, had been private secretary of the former Albanian King Zog. Together with his Belgian wife and the Albanian monarch he fled the country in 1939 after the Italians invaded Albania. They first took refuge in France, and when Germany occupied Paris in 1940 they settled in the UK. With his bequest to SSEES, Alexander Nash honoured the wishes of his father (who had died in 1992) to establish a centre for Albanian studies in the UK. He also left his father's and family's archive to SSEES (the Naçi collection), which includes Gjenco Naçi's correspondence as private secretary of King Zog, photographs and memorabilia of the Albanian royal family and the Naçi family.

Dr Dimitra Gkitsa has joined the School in September 2021 as a new Alexander Nash Fellow. Her research is situated in the intersection of memory studies, affect, activism, contemporary art and curatorial practices, and the post-socialist visual cultures, with a particular focus on the geo-political region of Southeast Europe. 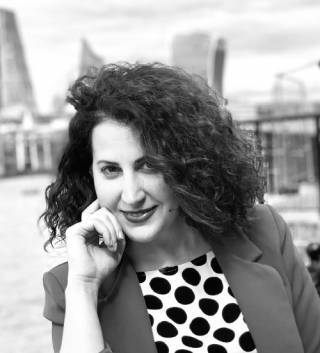 The research interests of the Albanian Studies Programme primarily reflect those of the Alexander Nash Fellow. Since 2007, the main focus of the Fellowship has shifted to post-doctoral research, to be carried out by the Nash Fellow during his or her Fellowship.

Stephanie Schwandner-Sievers focused her research on migration, as well as changes in Albanian village life, including conflict regulation, political and social order, the village value system and economy.

Enkeleida Tahiraj's research focus was on social policy and anti-poverty programmes in Albania after 1991. As such, Enkeleida Tahiraj was also part of a research group on East European cities initiated by Dr Ger Duijzings

Rigels Halili carried out anthropological research on the Albanian-Greek border region. In addition he started a research project on the making of the borders of the Republic of Kosovo in collaboration with Dr Eric Gordy.

The Alexander Nash Programme in Albanian Studies also aims to support scholars and researchers in their research on issues related to Albania or Albanians. They may apply to come to SSEES as visiting scholars. Examples are Bernd Fisher of Indiana University who conducted research on British Albanophile movements and their influence during the Second World War, Mark Clarke who undertook research on Margaret Hasluck, and Bülent Bilmes of Yeditepe University (Istanbul) who carried out research on Sami Frasheri.

The Alexander Nash Programme in Albanian Studies welcomes students interested in Albanian studies at MRes and PhD, although unfortunately it is not able to provide financial support for study at these levels. Questions about MRes or PhD research and research supervision should be directed to the Head of Postgraduate Research or Postgraduate Administrator.

As part of the Alexander Nash Programme in Albanian Studies, the Nash Fellows have developed teaching modules and contributed individual sessions related to Albania and Albanians on a wide number of established BA and MA courses at SSEES, such as: