As men's health awareness month comes to a close, Student Adviser Sanya Saleem writes about men's mental health and the importance of opening up and asking for help. 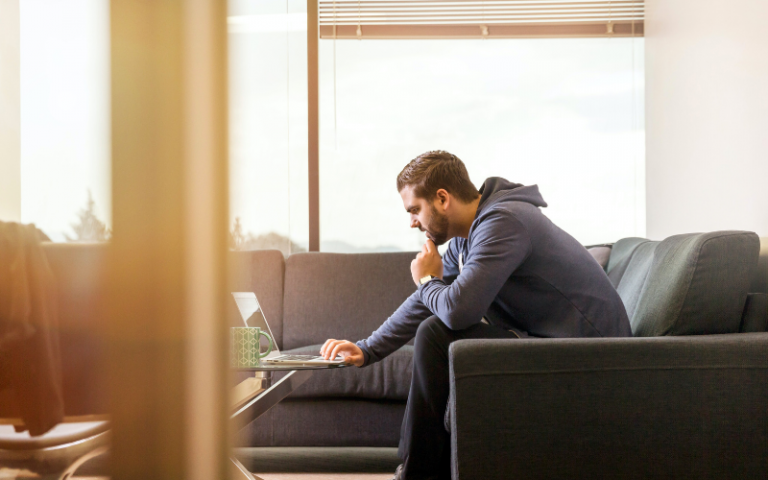 We all know that man who is 6ft, goes to the gym every day (pretty much), has that toned physique and his beard connects too. The epitome of “masculinity”.

But does he cry at night? Does he have days where he struggles to get out of bed or leave the house? Does he overthink himself into a deep, dark seemingly-endless hole?

Maybe being a woman, I am an outsider looking into the world of male mental health, but stay with me for a moment, I have a point to make I promise!

Previously I worked with firefighters, you know, tall, muscular, the kind of men you wouldn’t want to pick a fight with? The kind that look almost too tough to care, or to even possess a heart with feelings? They risk their very existence, to run into melting buildings, to save people like you and me.

And here I was, in my previous job, sitting in front of a group of them, while one firefighter told his story. Let’s call him Ted. Ted’s team were responding to a house fire – a mother, father and three children were stuck inside. His team managed to get them all out – apart from the youngest child.

Tears streaming down his face as he recalls the incident. He pulls a tissue out of his pocket, wipes his tears, as his colleagues looked on with comforting eyes. Ted looks at me, and says ‘that child passed away. And that was my last day in the field’.

Since he had taken leave, Ted didn’t open up to anyone, not even his wife, from whom he was now getting a divorce. His children moved out, and he felt ‘too macho’ to confide in his friends. So, he comfort ate. Because it numbed the pain. But then his pain came back, so he ate again, to numb it a little more. Several years down the line, he realised it was time he spoke up.

‘Because men have feelings too. Men cry too, and men can fall weak too. We may look big and macho, but on the inside, we are people too - and we can still have feelings and ask for help, whilst being a man’ – This was his piece of advice to everyone.

His fellow firefighters got up and gave him a hug (pre-covid times), and that’s when he realised he wasn’t the only man feeling this way, and it is okay to ask for help!

And in case you wondered – Ted is doing really well now, and after engaging in therapy, has rejoined the fire service. Oh, and he just got married!

So, maybe your story can have a happy ending too? But maybe like Ted, that can’t happen until you reach out.

Find out how Student Support and Wellbeing can help you.