10 ways to support a friend who has lost a parent

Lindsay Wright, UCL’s Student Communication Manager, whose mother died at the beginning of her third year at university, offers some advice on how best to support a friend during this difficult time. 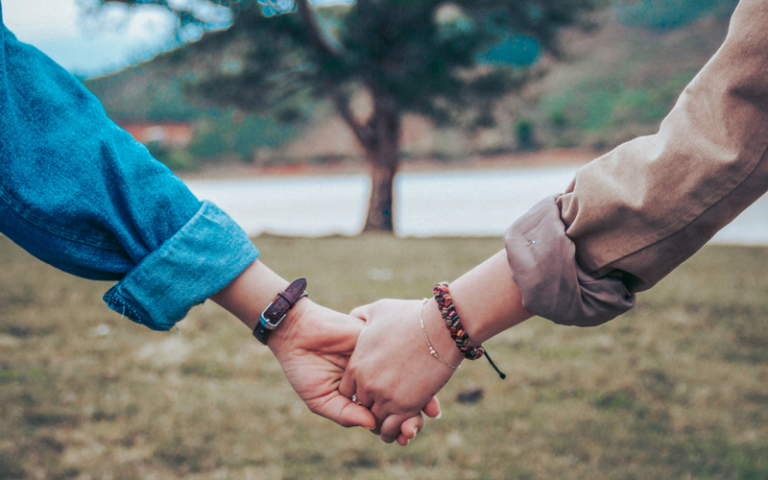 A big part of going away to university is about growing up, breaking away from our parents and forging a new, independent existence.

But every year, a number of students will have to cope with the loss of a parent, just as they’re making that transition.

Lindsay Wright, UCL’s Student Communication Manager, whose mother died at the beginning of her third year at university, offers some advice on how best to support a friend during this difficult time.

Never avoid your friend, because you feel embarrassed or don’t know what to say. You don’t have to smother them, but the sooner you acknowledge what has happened the better – for both of you.

Go up to them immediately, or if they are away from university, text them to tell them how very sorry you are, that you’re thinking of them. Then send a card. Simple as that.

One of the hardest things to deal with when someone close to you dies is having to deal with embarrassed glances and people turning away from you because they don’t know what to say.

2. Give them time, and space

Be there for them, but respect their wishes if they want to be alone, or only want to be with their family for the time being. When they do want to start reconnecting with their friends again, be there for them. But allow them to set the pace, and don’t take it personally if it takes a little while for the friend you know to come back. They’re going through something unimaginably difficult, and they won’t get over it overnight.

Unless you’ve been through it, you don’t. Everyone has to face the loss of their parents at some point, and it’s always devastating. But facing that when you’re 18, 19 or 20, when you’re still so reliant on them, is a whole different ball game. You’re effectively on your own, for the rest of your life. And that is a massive thing to come to terms with.

4. If they go off the rails for a bit, don’t lecture them

People who have lost a close relative can react in extreme ways, and it can be frightening for those around them. Western society doesn’t teach us how to process grief, and you may have to spend a few nights looking out for your friend when they take the traditional British route of downing one too many tequilas just to block everything out. Don’t judge them. Hopefully, it will pass. And if you were in their shoes, you’d be doing it too.

5. Offer to go to the funeral with them

This is an important one. Especially if they’re a very close friend. And probably not a particularly exciting prospect as funerals are, by and large, not a whole lot of fun. But none of my friends came to my mother’s funeral. I think they thought they wouldn’t be welcome, and that I’d just want to be with my family. But it meant that when I did finally return to university, they couldn’t really relate to what had happened to me because they had played no part in it, and didn’t understand. My father and brother were a mess at the funeral and couldn’t really support me, nor I them. I would have reacted positively to an offer from someone a little bit removed from it all to come along to help me keep it together. So make that call. If they say no, don’t push it, but do offer.

6. If someone wants to cry, let them

It’s healthy. Don’t make them feel bad about it, or dump your embarrassment on them.

7. Be there for them when all the fuss has died down

Often there’s a flurry of people sending flowers and offering to cook meals you don’t want in the days and weeks after the bereavement. But months down the line, when people expect you to be ‘back to normal’, that tends to drop off. Be there for your friend for the long haul. Try to remember that important anniversaries, like their parent’s birthday, will hit them hard, even years later. Tell them you know what day it is, and ask them if they’d like to do something that reminds them of their lost relative, like going to see a film they would have liked, or visiting one of their favourite places. They might just want to be alone, but they’ll appreciate being asked.

8. Don’t bring religion into it

Don’t talk about someone being in a ‘better place’, or the loss being part of ‘God’s plan’. Even those who are religious can lose their faith temporarily (and sometimes permanently) when faced with the reality and finality of death. My mother was only 57 when she died and I didn’t want her in a ‘better place’, I wanted her here on Earth where I could call her up, enjoy her hilarious weekly letters from back home and tell her what I’d been up to that week.

9. If you feel really out of your depth, direct them (gently) to the professionals

Sometimes no matter how hard we try to support someone, there are times when only the professionals can help. There’s a list of sources of bereavement support on the UCL website.

10. Don’t complain about your parents in front of someone who has lost theirs

It’s almost 30 years since I lost my mother, but I still get upset when friends complain about how their mum is always phoning them or expecting them to visit. I remember about six months after my mum died, I bought a new dress in High Street Kensington and instinctively ran into the nearest phone box (this was 1990) to tell my mum all about it, as I had done so many times when she was alive. Be grateful that you are able to do that (if you can find a phone box anymore) and treasure it.