This exhibition opened last Thursday at Eyebeam in New York.
Some pics from the show have already been posted as a flickr set here:
http://www.flickr.com/photos/eyebeam/sets/72157607128132407/
There’s also an audio guide here:
http://www.eyebeam.org/podcasts/untethered_full.mp3

encoding_experience/10_October_2008_18:00_EST.* is the first of a series of exhibitions
inspired by the ways in which artists are embracing critical, hands on interventive
strategies towards the understanding of, and experimentation with technology.
The artists in the show open up issues of privacy, piracy and control,
paradigms that are deeply embedded into technology and the way technology
is designed.

Most of the artists favour a collaborative, socio-centric approach to their work,
they have an agenda about thinking through questions such as;
Where does the technology come from? What is the real use of a computer?
What are the social issues around regular access to domestic machines
i.e. game consoles, home stereos and digital cameras.
How do we use and question systems that tirelessly reproduce and augment environments,
image and sound?

Actively engaging with conceptual concerns, DaDa-esque notions of performance,
hacking and intellectual property; encoding_experience presents an insight into
how electronic media and craft knowledge operates in current art practice, not only
in terms of its functionality, but also in regards to artists who have a critical
approach towards the politics, aesthetics and economies coded into these systems.
The concept for this show was initiated and developed by Nancy Mauro-Flude,
in collaboration with Scot Cotterell.
More info 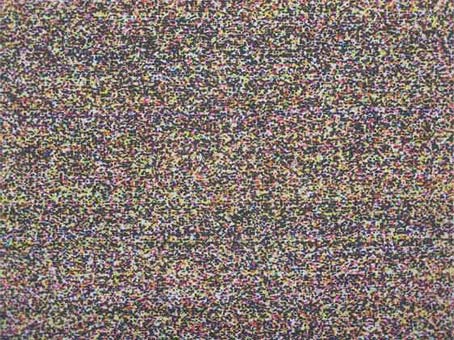 Through their parallel working practices Tim Head and Susan Collins explore the properties of digital media in distinct and inventive ways. Susan Collins’ recent work employs transmission, networking and time as primary materials creating digital representations of landscape where each pixel represents a unit of time. Tim Head bypasses image as representation by using solely the prime physical elements of the medium to form the work.

For Tim Head, the elusive and contrary nature of the digital medium and its unsettled relationship with both ourselves and with the physical world forms the basis for recent work. Computer programs are written to generate unique events in ‘real time’ on screens, projections and inkjet prints that focus on the intrinsic properties of these digital media. The programs operate at the primary scale of the medium’s smallest visual element (the pixel or inkjet dot) by treating each element as a separate individual entity. The medium is no longer transparent but opaque.

Susan Collins‘ gradually unfolding, classically romantic landscape images are harvested and archived over the course of the year. They encode the landscape over time, with different tonal horizontal bands recording fluctuations in light and movement throughout the day and with broad bands of black depicting night-time. Stray pixels appear in the image where the moon passes through or a bird, person, car or other unidentifiable object passes in front of the webcam as the pixel is captured. The work is intended to be slow, a reflection on the ever increasing speeds we demand from the internet. Poised between the still and the moving image, the lens and the pixel, the prints explore how images can be coded and decoded using both light and time as building blocks for the work.

Slow Fields is the first time these two bodies of work will be shown together.