The sensor accommodations on the satellite are shown in the figure. The SWA/HIS and SWA/PAS sensors need relatively narrow fields of view which are centred on the Sun-direction, since the protons, alpha-particles and heavy ions generally arrive at the spacecraft from the Sun direction with very little thermal spread and only modest angular deflection due to the spacecraft motion.  These field of views are provided by cut-outs in the corners of the spacecraft heat shield. Conversely, electrons have large thermal spread and can arrive from any direction.  Thus the SWA/EAS sensor is mounted in the spacecraft shadow at the end of the instrument boom, such that the amount of field-of-view blockage by the spacecraft and its appendages is minimised.

The SWA/EAS system will be built by UCL/MSSL with technical and hardware contributions from Laboratoire de Physique des Plasmas (LPP), Paris. 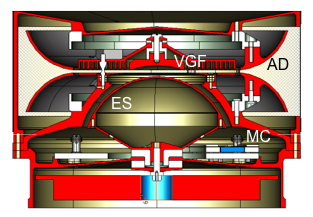 SWA/EAS will make a high temporal resolution determination of the 3D electron velocity distributions in the solar wind, in order to be able to separate out the key core, halo and strahl populations of electrons, and derive their moments (density, temperature, bulk velocity, heat flux).

Key challenges: These include dealing with the radiation environment (150 krad over mission lifetime), the thermal environment (nominal temperature in the spacecraft shadow at the end of the boom is -180 °C, whereas a pointing failure of the spacecraft may result in full Sun exposure at distances as close as 0.28 AU!), large dynamic range of electron fluxes over orbital range, and the mechanical integrity of sensor on the boom. 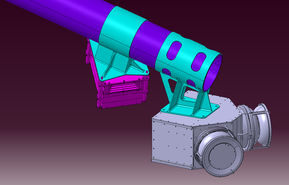 Development of an EAS prototype is underway at MSSL, which is a flight representative model of one of the 2 sensor heads and its electrical subsystems.  The full instrument will contain 2 symmetrical heads and their subsystems.
PAS - Proton-Alpha Sensor 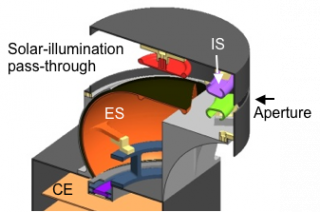 SWA/PAS will measure the velocity distribution of the major ionic species at a time resolution equivalent to the ambient proton cyclotron period and determine their moments (density, temperature, velocity, pressure tensor).

SWA/PAS consists of an electrostatic analyser with an ion steering (IS) system at the aperture.  It is designed to measure the full 3D velocity distribution functions of the major solar wind species, protons and α-particles, in the energy range ≤ 0.2–20 keV/q.

Key challenges: These include development of a sensor heat shield to deal with the Sun-facing thermal environment, engineering the structure of the sensor to adequately protect against the 150 krad radiation environment over mission lifetime, and to design the sensor to handle the large dynamic range of the expected ion fluxes.

The SWA/HIS system will be built by Southwest Research Institute(SwRI), San Antonio, Texas, with technical and hardware contributions from IRAP, Toulouse, the University of Michigan, the University of New Hampshire and NASA/Goddard Space Flight Center. 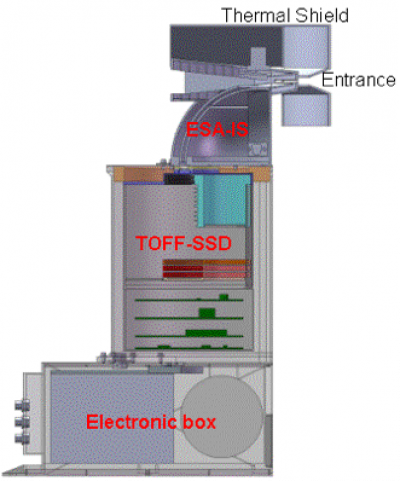 SWA/HIS will make measurements which will enable the determination of the major charge states of oxygen and iron in the solar wind and provide a coarse mapping of the three-dimensional velocity distribution of some prominent minor species, such as weakly-ionized species (C+, N+, Mg+, Si+, Ne+, He+, etc.)

SWA/HIS consists of a Sun-facing entrance aperture system with ion steering (IS) to divert ions from a range of incoming elevation/azimuth angles into the electrostatic analyser (ESA) module, coupled with a time-of-flight (TOF) telescope with solid state detectors (SSD) for total ion energy measurements. HIS will measure five key properties for all ions: mass in the range 2-56 amu/q, charge (q), energy and direction of incidence (θ, φ).

Key challenges: These include development of a sensor heat shield to deal with the Sun-facing thermal environment, engineering the structure of the sensor to adequately support the ultra-thin carbon foils for the TOF telescope during launch and to protect against the 150 krad radiation environment over mission lifetime, and to design the sensor to handle the large dynamic range of the expected ion fluxes.

The SWA/DPU will be built by Institute of Physics of Interplanetary Space (IFSI), Rome, and AMdL s.r.l., Rome. 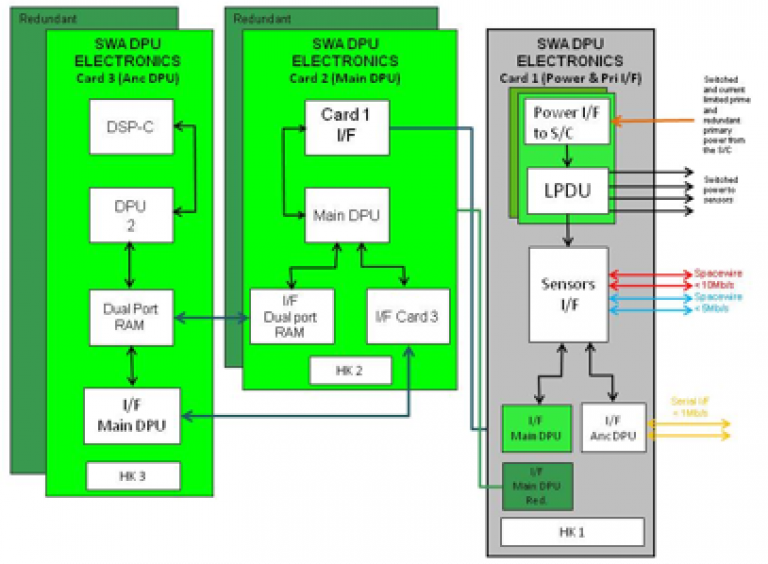 The SWA sensor suite is integrated and serviced by a common DPU, which provides a single power, telemetry, and control interface to the spacecraft as well as power, switching, commanding, data handling and data compression functions for all of the sensors. The DPU is designed to be fault tolerant and has redundancy on critical sub-systems. The main processing capability is provided by a LEON processor core and numerically intensive processing will be performed by a specialist digital signal processor.