What Does Eugenics Mean To Us?

Subhadra Das, Critical Eugenics Researcher at the UCL Sarah Parker Remond Centre, speaks to researchers at UCL and beyond in conversations across the disciplinary divides. Together, they discuss, examine, critique and explode eugenic thinking. How are racism, ableism, sexism and class warfare embedded in our ways of thinking about and perceiving others? What can we do to challenge and dismantle those ideas and structures? As a university and a community of researchers: what does eugenics mean to us?

Episode 1: The stories we tell are powerful

It has often been argued that eugenicists were not real scientists, but almost all of their ideas were grounded in late nineteenth and early twentieth-century scientific discourse. Science is a social and a socialised endeavour. Scientists are people, and their work is embodied in the social and historical contexts in which they live. In this episode, Subhadra speaks to science historians and communicators who are experts in exploring and uncovering the stories around our science. Together they look at how eugenic thinking can be perpetuated, but also confronted by the stories we tell.

This conversation was recorded on 23rd March 2021

Guests: Chiara Ambrosio, Associate Professor in History and Philosophy of Science in UCL Department of Science and Technology Studies, with a special focus on the history of art and science. Chiara is one of the co-founders of Muso at IMPROPERA, the improvised opera production inspired by objects from science museums.

Emily Dawson is Associate Professor in Science Communication at UCL Science and Technology Studies. She was awarded The Philip Leverhulme Prize in 2020 for her work on the sociology of science and education, getting people to talk across the science/non-science disciplinary divide. Emily is the author of Equity, Exclusion & Everyday Science Learning, which was published by Routledge in 2019.

Rokia Ballo is part of the team who run Science London, a volunteer-led organization dedicated to training and enabling scientists and science communicators to employ equitable practise within their work. Science London have been nominated for the National Diversity Awards 2021.

Katherine McKittrick and David Gillborn are two of the scholars mentioned in the conversation.

This episode documents and commemorates a collaborative research project at UCL, which brought together geneticists, historians, archaeologists and museum curators to consider how science mediates the dilemma of death. It was called Curating Heads and its scientific aims were to use the latest techniques in Ancient DNA analysis to sequence the genomes of two historic figures at UCL: the philosopher Jeremy Bentham and the archaeologist, William Matthew Flinders Petrie. The exhibition that grew out of this research showcased this work and also critically examined the legacies of eugenics in genetics and archaeology. Join Subhadra and her guests as they reminisce about the project and reflect on the benefits of collaborative and interdisciplinary work.

This conversation was recorded on 30th March 2021

Guests: Alice Stevenson was Curator of the Petrie Museum of Egyptian Archaeology during the run of this project. She is now Associate Professor in Museum Studies at UCL's Institute of Archaeology, and also the co-founder of a brilliant decolonial museum project called 100 Histories of 100 Worlds in 1 Object.

A historian and classicist by training, Debbie Challis was Audience Development at the Petrie Museum where her research, public programmes and exhibitions are seminal milestones in the history of critical eugenics at UCL. She is the author of The Archaeology of Race, and she is now Education and Outreach Officer at the London School of Economics Library.

Mark Thomas is Professor of Evolutionary Genetics in the Research Department of UCL Genetics, Evolution and Environment. He is also UCL's ancient DNA researcher to the stars, having worked on aDNA projects on Richard III, and Charles Byrne (who was known as the Irish giant).

Tim Causer is Research Fellow at The Bentham Project based at UCL Laws, and as such one of UCL's go-to Bentham experts. Together with Professor Philip Schofield, Tim is an editor of Panopticon vs. New South Wales and Other Writings on Australia, a forthcoming collection of the works of Jeremy Bentham.

The rest of the team behind Curating Heads, and its accompanying exhibition What Does It Mean to Be Human? were: Dr Elizabeth Dobson, Dr Lucy van Dorp, Dr Tom Booth and Dr Selina Hurley. Nick Booth was the Curator of the Auto-icon of Jeremy Bentham at the time of the project.

Episode 3: The legacy of Cyril Burt

Two of the fields where eugenic thinking had an enormous influence, and where some of its legacies continue to hold sway are Psychology and Education Studies. An influential figure in both those fields was a former UCL Professor of Psychology, Sir Cyril Burt. In this episode Subhadra and her guests wade through Burt’s legacy and reflect on how to confront and confound eugenic thinking in both these fields.

This conversation was recorded on 31st March 2021

Guests: If you believe what you read on Twitter, Jack Bicker is just another millennial philosopher. By day, though, he is Senior Teaching Fellow in Philosophy and Education Studies at UCL's Institute of Education, where his work encompasses critical theory, aspects of political philosophy, philosophy of mind, psychoanalysis, and developmental psychology.

Peter Fonagy is an award-winning psychologist and academic whose research centres on issues of early attachment relationships, social cognition, borderline personality disorder and violence. Among many other roles, he is Chief Executive of the Anna Freud National Centre for Children and Families in London and also Head of the Division of Psychology and Language Sciences at UCL.

Lasana Harris is Associate Professor of Evolutionary Psychology at UCL. He is one of the brains behind the Unstereotype Experiment, which explored how increasing empathy in marketing professionals could increase creative and inclusive thinking, and his research at UCL examines the many different aspects of how we as humans perceive things and each other.

You can also listen to Linton Kwesi Johnson in conversation with Paul Gilory on the SPRC podcast.

Along with being inherently racist, eugenics was also an inherently ableist concern. In this episode Subhadra speaks to experts in the field of disability studies to explore the ways in which power delineates difference between people, and how this relates to the much broader structures of our society, as well as how we think and perceive of ourselves.

This conversation was recorded on 14th April 2021

Nora Groce is Leonard Cheshire Professor of Disability and Inclusive Development at UCL. A medical anthropologist, Nora works on issues of global health, international development and human rights, with a particular focus on global disability issues.

The places and spaces we inhabit profoundly affect our lives and how we live them in ways we need to think about more critically. At the launch of the project that is the subject of today's episode, Kamna Patel spoke to how people have been affected by the Covid-19 pandemic by saying "It is not who we are and what we eat that will kill us, but where we live and where we work." Subhadra’s guests in this episode came together to write a curriculum to help students and researchers of the built environment be more mindful about the ways in which their discipline actively reinforces and reproduces racism and ableism.

This conversation was recorded on 21st April 2021

Yasminah Beebeejaun is Associate Professor at the Bartlett School of Planning.

You can follow The Bartlett's work confronting racism in the built environment through their Inclusive Spaces series and of course, you can download their 'Race' and Space: What is 'race' doing in a nice field like the built environment (The Bartlett, UCL Faculty of the Built Environment, 2020) curriculum and read along for yourself. Other authors of the curriculum were Solomon Zewolde, Tania Sengupta and Catalina Ortiz.

Race, space and architecture: towards an open-access curriculum (LSE Department of Sociology, 2019) by Huda Tayob and Suzanne Hall is also available to download from the London School of Economics website.

One of the ways in which eugenics became incorporated into mainstream society all around the world was through the birth control movement. Early twentieth-century birth control pioneers like Marie Stopes and Margaret Sanger were also ardent eugenicists, and their motives were bound up with imperial concerns about, as eugenicists saw it, the deterioration of the 'white race'. Their arguments were taken up in the cause of another imperialist concern, which was the growing population of non-white people in the colonies. In this episode, Subhadra and her guests consider how we can confront historical and contemporary eugenics practices in the continuing struggle for reproductive justice.

This conversation was recorded on 22nd April 2021

Guests: Kate Law is a feminist historian who specialises in twentieth-century Southern African history. She is currently a Nottingham Research Fellow in the School of History at the University of Nottingham, and a Research Fellow in the International Studies Group at the University of the Free State. Her first book, Gendering the Settler State: White Women, Race, Liberalism and Empire in Rhodesia, 1950-1980 was published by Routledge in 2016, and her current research project is Fighting Fertility: The British Anti-Apartheid Movement and the Politics of Race and Contraception in South Africa.

Kalpana Wilson is a Lecturer in Geography and her research explores questions of race/gender, labour, neoliberalism, and reproductive rights and justice, with a particular focus on South Asia and its diasporas. She is the author of Race, Racism and Development: Interrogating History, Discourse and Practice (Zed Books, 2012) and has published widely on race, gender, international development, women’s agency and rural labour movements.

Paige Patchin is a Lecturer in Race, Ethnicity and Postcolonial Studies, and one of the founding lecturers at the Sarah Parker Remond Centre. Paige is a feminist geographer whose work looks at structures of power in biological, health, and earth sciences. Her research interests include infectious disease, race, and empire, genetics and epigenetics, reproductive health, and the Anthropocene. Her current book project looks at the Zika public health emergency between Puerto Rico and the United States.

If you want to learn more about Thomas Malthus, Robert J. Mayhew’s biography is as good a place as any to start.

Paul Erlich is an American biologist and Professor at Standford University, who gained fame for his 1968 book, The Population Bomb.

Dr Linsey McGooey’s book No Such Thing as a Free Gift – The Gates Foundation and the Price of Philanthropy is published by Verso Books.

You can find out more about Dr Michelle Murphy’s work from her website, and about Dr Priscillah Machinga from her staff page at The University of the Free State. 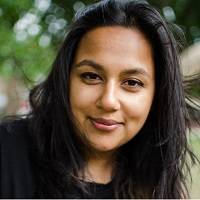 Subhadra Das is a writer, historian, broadcaster, comedian and museum curator. She is the curator of Bricks + Mortals, an exhibition and podcast walking tour highlighting UCL's pivotal role in the history of eugenics, and also wrote and presented Living with Eugenics, part of the UCL Minds series of podcasts. 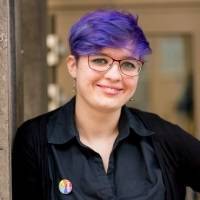 Cerys is a podcaster and stand-up comedian. They have a PhD from the UCL Crime and Security Science Department and, whilst a student, collaborated on two audio projects to understand UCL's legacy of eugenics: Bricks + Mortals and Living with Eugenics. Bricks + Mortals uncovers a history hidden in plain sight. Subhadra Das tells the story of the pivotal role UCL played in establishing the science of eugenics and considers how we have chosen to remember it through building names. 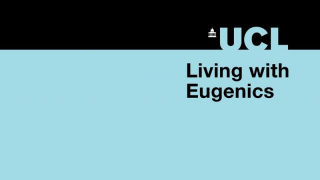 Most people associate the term “eugenics” with the Nazis and the horrors of the Holocaust. But the story of eugenics actually started in Britain, conceived of and developed by Francis Galton, probably the most important scientist that most people have never heard of. Galton’s laboratory was based at University College London (UCL), where he and his successors established eugenics as a respected scientific discipline. Now UCL are investigating its historical links with Galton and the role that it played in the development and promotion of eugenics. What legacy has this association left – and how should the university come to terms with this past? 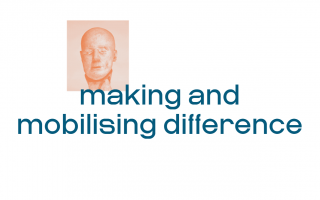 A virtual exhibition on the history of eugenics featuring the work of staff and students from the UCL Institute of Archaeology and Sarah Parker Remond Centre.