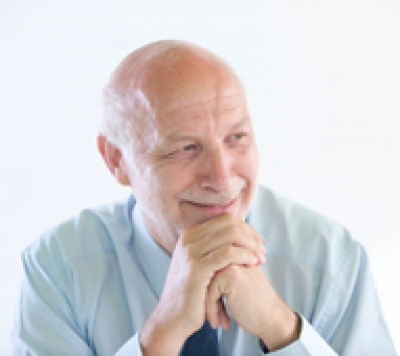 Peter Fonagy is Head of the Division of Psychology and Language Sciences at UCL; Chief Executive of the Anna Freud National Centre for Children and Families, London; Consultant to the Child and Family Programme at the Menninger Department of Psychiatry and Behavioural Sciences at Baylor College of Medicine; and holds visiting professorships at Yale and Harvard Medical Schools.  He has occupied a number of key national leadership positions including Chair of the Outcomes Measurement Reference Group at the Department of Health, Chair of two NICE Guideline Development Groups, Chair of the Strategy Group for National Occupational Standards for Psychological Therapies and co-chaired the Department of Health's Expert Reference Group on Vulnerable Children. His clinical interests centre on issues of early attachment relationships, social cognition, borderline personality disorder and violence. He has published over 500 scientific papers, 260 chapters and has authored or co-authored 19 books. He is a Fellow of the British Academy, the Academy of Medical Sciences, the Academy of Social Sciences and the American Association for Psychological Science, and was elected to Honorary Fellowship by the American College of Psychiatrists. He has received Lifetime Achievement Awards from several national and international professional associations including the British Psychological Society, the International Society for the Study of Personality Disorder, the British and Irish Group for the Study of Personality Disorder, the World Association for Infant Mental Health and was in 2015 the first UK recipient of the Wiley Prize of the British Academy for Outstanding Achievements in Psychology by an international scholar.