UCL is today launching the public phase of its major new campaign #MadeAtUCL to celebrate over 100 disruptive discoveries pioneered by some of the university’s leading researchers. 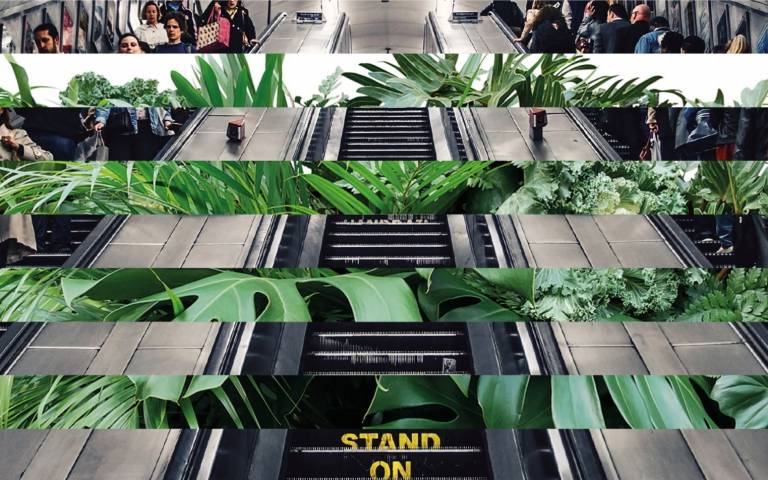 The list of breakthroughs demonstrates how UCL is at the forefront of some of the world’s most important discoveries and is solving real-world problems.

#MadeAtUCL showcases stories such as how UCL is transforming the treatment and diagnosis of diseases such as cancer and Alzheimer’s; providing free legal advice for communities; changing perceptions of disability; creating greener and more inclusive cities; preserving our heritage and developing robotics that help everyone.

Examples of discoveries which are impacting on people’s lives every day include:

The #MadeAtUCL campaign is part of UCL’s new public engagement series UCL Minds - a programme of lectures, performances, exhibitions, podcasts and stories which showcase the brilliant and curious minds at UCL.

“#MadeAtUCL celebrates how our discoveries, theories, inventions and solutions, have brought about significant change for the benefit of humanity and touch people’s lives everyday. We hope as many people as possible will take part by voting and visiting our events.”

All the stories highlighted in #MadeAtUCL were nominated by students, staff, alumni, partners and were shortlisted using criteria co-designed with members of the public. The campaign is now open for members of the public to vote on their favourite discovery, with the winners unveiled at a special TEDX UCL event in March next year.

Members of the public are also invited to meet the minds behind #MadeAtUCL at UCL’s It’s All Academic Festival on Saturday 5 October, free and open to all from 10am – 4pm. A podcast series about the discoveries will also be podcast on SoundCloud, Spotify, Apple Podcasts and Acast.

UCL’s campaign is linked to UUK’s nationwide #MadeAtUni campaign which aims to change public perceptions of universities and bring to life the difference they make to people, lives and communities across the UK.

Independent research undertaken by Britain Thinks last year found that the public has little understanding of the benefits of universities beyond undergraduate teaching. The findings show that research is one of the key triggers to change opinion about universities but for many people, it is an abstract concept.