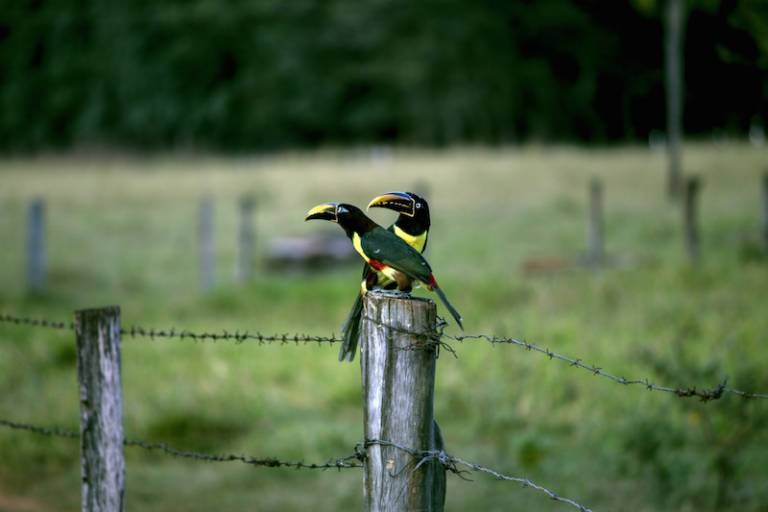 The project, co-led by Dr Jerome Lewis, served to protect the land, food security and culture of the Guarani People who live in the Atlantic Forest, through partnerships with UCL, CTI (Brazil) and the Ashaninka of Apiwtxa. These partnerships helped Guarani communities obtain rare and locally extinct plants, develop tree nursery techniques to propagate rare plants, gain land rights and map their territories, and adapt their farming techniques to respond to the severe damage to the Atlantic Forest.

The Atlantic Forest in Brazil is one of the world’s richest biomes, home to a large number of species unique to that area. It is fundamental to the physical and cultural survival of the indigenous Guarani people, and to the quality of life of more than 70 percent of the Brazilian population who depend on its water supply. Despite this, nearly 90 percent of the forest has been destroyed to make way for pastures, croplands and urban areas.

This Newton-funded project between researchers in the UK and Brazil, and between indigenous groups in the Amazon is helping the Guarani restore the Atlantic Forest in their territory.

By drawing from Guarani ancestral agricultural knowledge, Ashaninka tree nursery methods, established agroforestry techniques, and by promoting a better understanding of the importance of indigenous peoples for environmental conservation, the team is supporting the preservation and restoration of the Atlantic Forest. Consequently, this also improves the wellbeing of Guarani communities.

Delivered in partnership with the British Council (UK) the project has already benefited more than 3,000 Guarani people.