An innovative UK-Brazil research project co-led by a UCL academic has been awarded the prestigious 2018 Newton Prize for helping an entire indigenous community restore large swathes of Brazil’s Atlantic Forest. 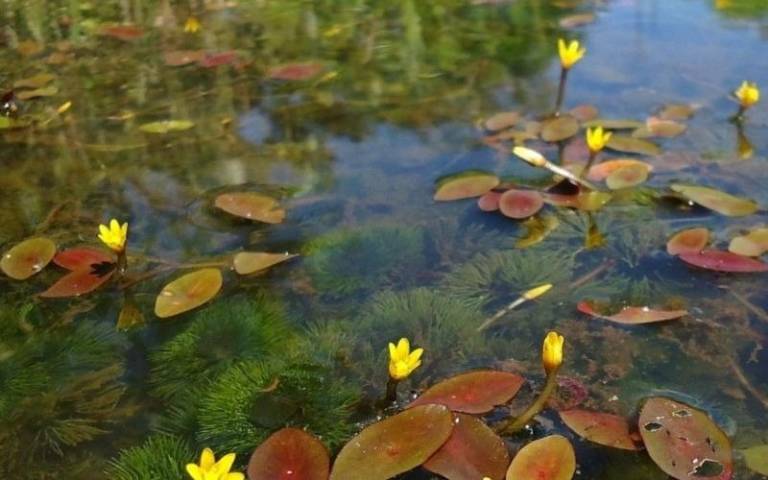 The project, led for the UK by Dr Jerome Lewis (UCL Anthropology) and led for Brazil by Daniel Calazans Pierri (Indigenous Work Centre), is aimed protecting the food security and culture of the Guarani People, who live in the Atlantic Forest, helping their communities develop and prosper. Delivered in partnership with the British Council (UK) the project has already benefited more than 3,000 Guarani people.

Dr Jerome Lewis, Co-Director at UCL Centre for the Anthropology of Sustainability and UK project lead, said: “The Prize will enable us to greatly expand the successful work already achieved by including more villages, further developing what is included in the indigenous knowledge and seed exchanges and by expanding the agroforestry techniques shared during the project.”

The Atlantic Forest in Brazil is one of the world’s richest biomes, home to a large number of species unique to that area. It is fundamental to the physical and cultural survival of the indigenous Guarani people, and to the quality of life of more than 70 percent of the Brazilian population who depend on its water supply. Despite this, nearly 90 percent of the forest has been destroyed to make way for pastures, croplands and urban areas, severely affecting the Guarani people and threatening many species with extinction.

This Newton-funded project between researchers in the UK and Brazil is helping the Guarani restore the Atlantic Forest in their territory. By drawing from Guarani ancestral agricultural knowledge and established agroforestry techniques, and by promoting a better understanding of the importance of indigenous peoples for environmental conservation, the team are supporting the preservation and restoration of the forest and improving the wellbeing of Guarani communities.

Seed exchanges have helped rescue agrobiodiversity from collapse on Guarani territory and collective plantations have been established, helping to restore degraded land. The team has produced territorial and environmental management plans and ethnomaps representing how Guarani organise their territory, helping to establish agreements that protect the land.

Dan Korbel, Global Head of Science, British Council, said: “We are delighted that a project under the Newton Institutional Skills programme, delivered by the British Council, has been awarded a Newton Prize.

“This joint UK-Brazil project demonstrates that capacity building and encouraging cooperation can benefit and empower local communities, help to protect the environment and improve the lives of thousands of people. This is also a great example of how a community-led development can contribute to the delivery of the UN’s Sustainable Development Objectives.”

The Newton Prize is an annual £1 million fund developed to showcase how UK science and innovation partnerships are helping to solve global development challenges. The Newton Prize also incentivises researchers and innovators to participate in the Newton Fund as partners with the UK to work on the most important challenges facing developing countries such as poverty, climate change and public health.

This year 140 Newton funded projects, fellowships or other awards applied for the Newton Prize. Four prizes of up to £200,000 each will be awarded to winning projects with the eligible Latin American countries: Brazil, Chile, Colombia and Mexico.

The funding allows researchers to take their Newton projects to the next level, for example by translating their project from the lab into the field, through expansion and/or improvements to their original project, by bringing in more capacity or gaining higher profile; all increasing the likelihood of success.

Sam Gyimah, Universities and Science Minister, said: “The annual £1m Newton Prize builds upon, celebrates and further encourages research partnerships. It’s great to see this year’s applications representing the breadth of the Newton Fund’s work from public and private sector organisations based around the world.”

“The uniqueness of the Newton Fund is the partnership working between the UK and partner country at all levels from government to government, delivery partner to delivery partner through to project lead to project lead. From energy and healthcare, to agriculture and digital, the Newton Fund demonstrates how bringing researchers together has enormous potential to change lives for the better across the world.”

The Newton Prize was judged by a distinguished and independent Newton Prize committee with expertise in the development sector, the Latin American region as well as science and innovation. It was chaired by Sir Venki Ramakrishnan, President of the Royal Society and Nobel Laureate. The committee reviewed the short-listed applications, along with feedback from over 400 expert peer reviewers, and chose the winners.

Another team involving UCL was also shortlisted for the prize, for a project in Brazil co-led by Professor Arne Akbar (UCL Infection & Immunity) investigating immunity and new treatments for leishmaniasis, a neglected tropical disease transmitted by the bite of infected sandflies.