A team from UCL’s Archaeology South-East are currently excavating near the ruins of Barking Abbey, purported to be one of the most important abbeys in the UK, and have found some fascinating archaeology! 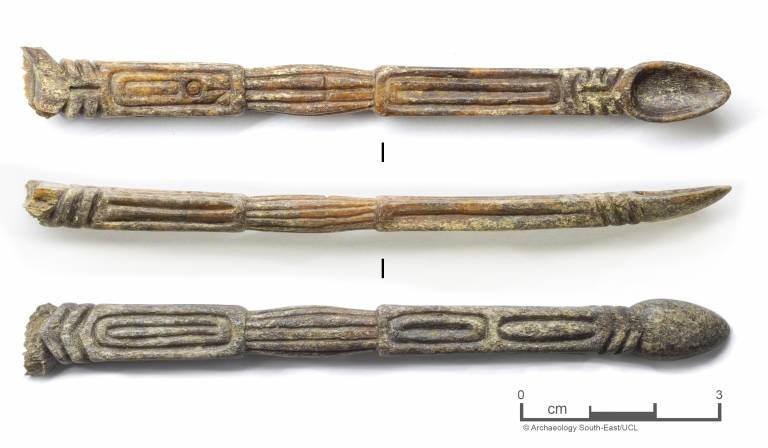 Archaeologists have uncovered some really exciting archaeology near Barking Abbey – not just great finds, but some excellent examples of stratigraphy that look like they’ve come straight out of an archaeology textbook!. In its time, the Abbey had many notable abbesses including several saints, former queens and the daughters of kings, who held precedence over all other abbesses in England. It was built in the 7th century and eventually closed by Henry VIII during the Dissolution of the Monasteries in 1539.

Excavations are ongoing, and archaeologists and finds specialists are still putting the pieces together and refining their interpretations as the site continues to reveal its secrets. We’ll be following this story as it unfolds, giving you a rare archaeologist’s-eye glimpse into an ongoing excavation. You can check out our YouTube Channel for a look at the site, or read on to find out what we know so far:

Archaeologists have uncovered a ~12th century wall that may be part of the Abbey precinct wall, and two early medieval buildings that predate this wall. There are finds that could predate 1066, and a lot of reused Roman tile. 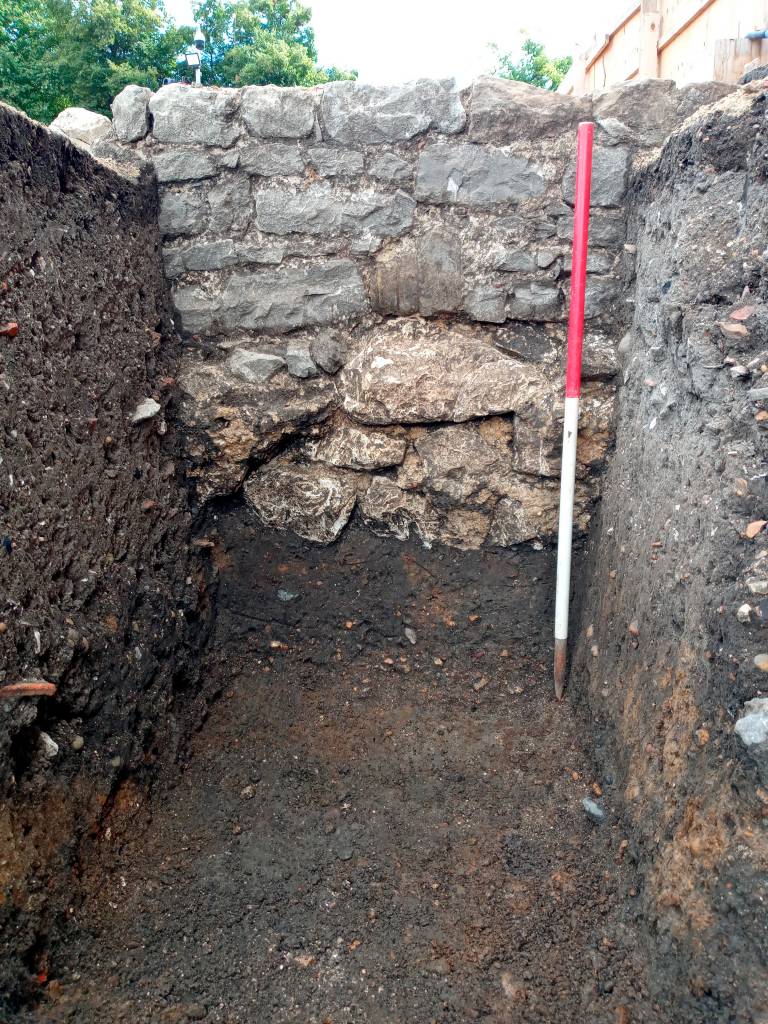 However, at this point in the project the date of the site is still under investigation, although broadly “medieval”. Problematically at the site, there’s very little pottery coming out of the ground – one of the archaeologist’s most used tools to preliminarily date sites – so phasing the activity on site may have to wait until later in the excavation (and post-excavation) process. There are some other lovely finds though, like this bone pin!

One of the most exciting finds from the site so far is this scoop or spoon, which our specialists think is particularly rare! It is made of bone or horn (once back in the lab we should be able to tell) and is broken at one end – possibly removing a larger spoon attachment. It dates to the medieval period, and further research will aim to narrow that time-period down and work out what it could have been used for!

ASE was commissioned to carry out these works by RPS Consulting ahead of development on the site, funded by Weston Homes. Stay tuned for more Barking archaeological updates in the future!