Plasma analysers are used to detect charged particles (ions and electrons) in space. 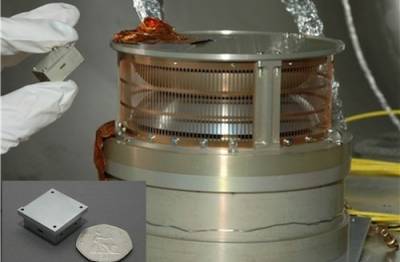 We have experience building types of plasma analysers called "electrostatic analysers" which use electric fields. Charged particles enter an aperture in the instrument and are focused by electric fields onto a detection system. This is analogous to an optical telescope where light enters the instrument through an aperture and is the focused by lenses onto a detector to be measured. We have plasma analysers currently returning data from Mars, Venus, comets, and Saturn. We are designing and planning instruments to go to Jupiter. Other work involves trying to minaturise these instruments and design them so they draw less power.

MSSL has built stereo cameras for Beagle 2 and is developing a camera called PanCam for ESA's ExoMars rover. 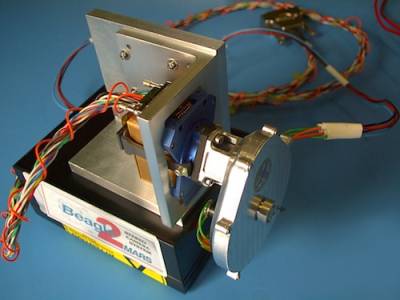 The images below show some example images from the Beagle 2 stereo camera system.

Kinetic micro-penetrators are tiny probes which impact planetary bodies at high speed and bury themselves into the planetary surface. 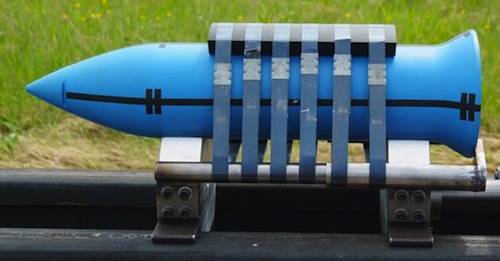 We are aiming at probe masses of around 2 to 12Kg with an additional similar mass to decelerate and align the probe to survive impact at around 300m/s (equivalent to around mach 1 on Earth). Survival of these impact speeds has been demonstrated by ground tests of full up NASA DS2 and Japanese Lunar-A probes, and extensive military experience of impacts into materials mostly consisting of concrete or steel.

Because they are small this allows many probes to be deployed at wide spacings across the planetary surface. They also naturally provide redundancy so no mission is vulnerable to the loss of a single probe.

Whilst their small size does not allow a full complement of the most capable scientific instruments, they are ideal to perform focused investigations across widely space surfaces of the body not currently feasible with soft landers and rovers. For example:

MSSL are leading the consortium that are developing micro-penetrators and also develop payload technologies and system designs. Other consortium members include:

The Cassini Plasma Spectrometer (CAPS) team is led by Principal Investigator Frank Crary at Southwest Research Institute with contributions from an international team of co-investigators. The CAPS instrument consists of three sensors: an ion mass spectrometer provided by the Los Alamos National Laboratory (LANL) and CRPE (France), an ion beam spectrometer produced by LANL and VTT (Finland) and an electron spectrometer (ELS) provided by a European team led by MSSL (lead co-investigator Andrew Coates, project manager Gethyn Lewis). The ELS team includes the Rutherford Appleton Laboratory (RAL) and the Norwegian Defence Research Establishment (NDRE), who fulfill similar roles to those that they have in the Cluster PEACE team. An image of the CAPS instrument is on the right-hand side. 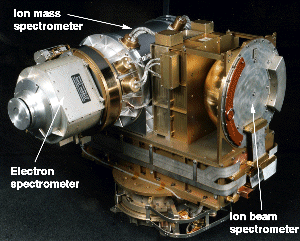 ELS is a top-hat electrostatic analyser which can measure electrons with energies between 0.5 eV and 26 keV (419 - 100 000 km/s, or 0.001 - 0.3 times the speed of light). The design is very similar to that used for the PEACE/HEEA instrument flown on the Cluster and Cluster II spacecraft. CAPS/ELS data have been used for scientific studies in the magnetospheres of Earth, Jupiter and Saturn, and the Solar Wind. The sensitivity of ELS is such that it can measure electron densities as small as 100 per m3 (there are about 1026 particles m3 in the air that we breath) with temperatures from several eV up to 10s of keV (~10000 to 100 million degrees C). After it was built ELS was calibrated at MSSL. The picture on the right shows ELS in the calibration chamber at MSSL.

Scientific results from CAPS/ELS include:

The FONEMA (Fast Omni-directional Non-scanning Energy Mass Analyser) was a package of instruments included on the Mars 96 orbiter payload to study the solar wind interaction with Mars. MSSL was the PI institute for FONEMA in collaboration with MFFUK (Czech Republic), who supplied the high voltage units and the EGSE, CESR (France) and STIL (Ireland), who provided the DPU, IKI (Russia) and OKB (Kirghizia).

FONEMA would have studied the structure, dynamics and origin of the plasma population of near-Mars space by measurements of three dimensional distribution functions of hot ions with a high time resolution in the energy range from 20 eV to 8 keV. The instrument consists of 36 Thomson parabola energy mass analysers which make measurements within their own solid angle determined by a pair of hyperbolic electrostatic mirrors and a focussing particle collimator system. Within each analyser parallel electrostatic and magnetic fields deflect the incoming ions to produce parabolic images on an MCP/Wedge Strip anode imaging system. Encoding electronics then produce energy spectra for 4 different mass groups from which the onboard software within the Data Processing Unit (DPU) will produce full distributions

The Johnstone Plasma Analyser (JPA) aboard the Giotto spacecraft consisted of an Implanted Ion Sensor (IIS), Fast Ion Sensor (FIS) and Common Digital Processing Unit (DPU). They were designed to cover the solar wind and cometary ions during the Halley encounter. The FIS was damaged during that encounter, and was thus not operating when the spacecraft flew by Grigg-Skjellerup. The instrument development was headed by the Space Plasma Physics Group of the Mullard Space Science Laboratory. Collaborators on the project were from The Max-Planck-Institut fuer Aeronomie (Germany), Istituto di Fisica dello Spazio Interplanetario (Italy), Kiruna Geophysical Institute (Sweden), Southwest Research Intitute (USA) and the Rutherford-Appleton Laboratory (UK).

The Fast Ion Sensor provided 3D positive ion distribution every 4 seconds in the energy range 10eV to 20 keV. This instrument was damaged during the Halley flyby, and was not operational during the Grigg-Skjellerup encounter.

The Implanted Ion Sensor covered cometary pickup ions in 32 energy levels from 86 eV to 86 keV, with a time resolution of 128 seconds (at Grigg-Skjellerup this provided a 1790km along-track resolution). The instrument had a very high sensitivity, to detect the low fluxes of cometary ions.

As its name suggests, the IIS is an ion spectrometer whose primary function was to investigate cometary ions implanted in the solar wind flow. Five sensors in the IIS covered the angular range of 15degrees to 165degrees in five equally-spaced 10degree sectors in a plane including the spacecraft spin axis. As the spacecraft rotated, three-dimensional coverage was provided of the ion populations. Each of the five sensors consisted of a spherical-section electrostatic segment analyser (ESA), and a time-of-flight (TOF) analyser.

The mean radius of the ESA sectors is 50mm, their plate spacing is 3mm, and the energy bandwidth deltaE/E = 10%. The outer plate was held at 0V, and up to -11kV could be applied to the inner plate. Positive ions were selected in the ESA according to their E/q. Following selection, the ions were accelerated by 10kV to pass through a thin carbon foil at the entrance of the TOF analyser. While passing through the foil, a small amount of energy was tranferred to secondary electrons that were deflected from the foil onto an MCP to record the `start' signal. The `stop' detector was an aluminium absorber which released secondary electrons from its surface layer. The error in flight-path length caused by coulomb angular scattering of the ions with atoms in the `start' foil was limited to ~5% by using a spherical concave shape for the `stop' detector.

The response of the incident ions to a given accelerating potential depends on q/mass and therefore the selected E/q and the measured time of flight (after acceleration) over a known path length are combined to give m/q. Counts are sorted into 5 mass bins using an on-board look-up table. Further pulses cannot be processed during the 25 microseconds required to process the signals for each event. The maximum time interval allowed between start and stop signals in 80ns (after which the event is discounted). Using this coincidence technique, a high rejection of background signals was given, allowing the relibale measurement of low densities.

During each spacecraft spin, an entire angular distribution was obtained by the instrument in one of the 32 logarithmically-spaced energy levels, from 86 eV/q to 86 keV/q. As the spacecraft rotated every 8 seconds, the entire energy range was covered by the IIS in 128 seconds.