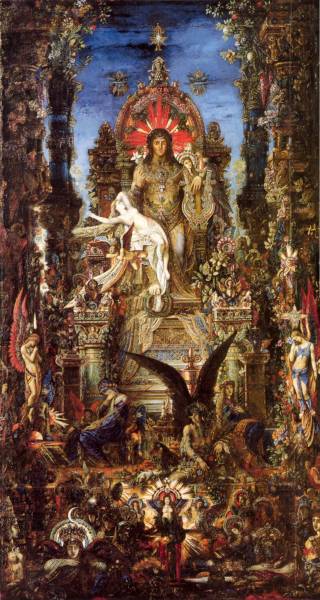 From a neutral term for 'decline', decadence has transformed over the centuries into a laden term invoked to signify decay, as well as a warning against the dangers of excess and the pursuit of pleasure. Perceived as a disruptive force, dangerous to social order and bourgeois normativity, the threat of decadence is invoked in modern political rhetoric to stoke anxieties over shifts in traditional values and social mores, as well as the looming threat of an irretrievable loss of geopolitical power. Yet in spite of the term's connotations, an identifiable decadent ethos has been embraced by writers, artists, and 'othered' individuals as modes of expression, as well as rebellion against and liberation from social strictures. Unlike the Romantic sublime, wherein the material self is abandoned in an upward sweep of simultaneous ecstasy and terror, the decadent sublime embraces the downward plunge into materiality. It is this inverse sublime that theorists such as Georges Bataille discuss as an expérience limite, or 'limit-experience', a driving, luxurious expenditure of energy that pushes against sensory boundaries. Translating into varying types of physically-infused aesthetic expressions, this decadent limit-experience is a subversive mode that deconstructs and challenges both audience sensibilities and popular standards of taste. Volume XI of Moveable Type explores this intersection of excess, subversion and deconstruction through various iterations of decadence across different texts and time periods.

Rebekkah Dilts: ‘The Queen of Decadence’: Rachilde and Sado-Masochistic Feminism

Ray Huling: Bataillean Ecology: An Introduction to the Theory and Practice of Sustainable Excess

Dr. Larry Shillock: From Decadence to Degeneration: The Big Sleep, Its Forceful Plot, and a Femme Fatale 'still in the dangerous twenties'