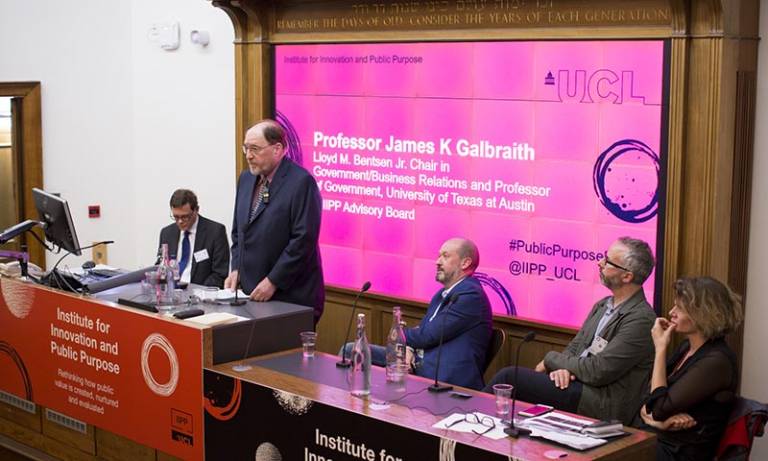 Professor Mariana Mazzucato (PhD) is director of the UCL Institute for Innovation & Public Purpose and holds the Chair in the Economics of Innovation and Public Value.

Professor Mazzucato previously held the RM Phillips Chair in the Economics of Innovation at SPRU, University of Sussex and has held academic positions at the University of Denver, the London Business School, Bocconi University and the Open University.

Her highly acclaimed book The Entrepreneurial State: debunking public vs. private sector myths (Anthem, 2013; updated US edition, Public Affairs, 2015) was on the 2013 Books of the Year list of the Financial Times.

Professor Mazzucato is winner of the 2014 New Statesman SPERI Prize in Political Economy, the 2015 Hans-Matthöfer-Preis and in 2013 she was named as one of the '3 most important thinkers about innovation' in the New Republic. She was awarded the 2018 Leontief Prize for Advancing the Frontiers of Economic Thought, for her research on the role of governments in fostering innovation. Read more about Mariana Mazzucato.

Dan Hill is an Associate Director at Arup, and Head of Arup Digital Studio, a multidisciplinary design team based in London.

A designer and urbanist, Dan’s previous leadership positions have produced innovative, influential projects and organisations. They range across built environment (Arup in Australia, Future Cities Catapult in UK), education and research (Fabrica in Italy), government and social innovation (SITRA in Finland), and media (BBC and Monocle in UK), each one transformed positively via digital technology and a holistic approach to design. He is a member of the IIPP Advisory Board. Read more about Dan Hill.

Mike Bracken is a Partner in Public Digital.

He is a member of the IIPP Advisory Board. Read more about Mike Bracken.

James K. Galbraith holds the Lloyd M. Bentsen Jr. Chair in Government/Business Relations and a professorship of government at the Lyndon B. Johnson School of Public Affairs, University of Texas at Austin.

He holds degrees from Harvard University and Yale University. He studied as a Marshall scholar at King's College, Cambridge in 1974-1975 and then served in several positions on the staff of the U.S. Congress. He directed the LBJ School's Ph.D. program in public policy from 1995 to 1997. He directs the University of Texas Inequality Project, an informal research group based at the LBJ School.

He is a member of the IIPP Advisory Board. Read more about Professor James K. Galbraith.

John Thornhill is the Innovation Editor at the Financial Times writing a regular column on the impact of technology. He is also the founder of the FT125 forum, which holds monthly events for senior business executives, and host of Tech Tonic, the FT’s weekly podcast on technology.

John was previously deputy editor and news editor of the FT in London. He has also been Europe editor, Paris bureau chief, Asia editor, Moscow correspondent and Lex columnist.

The UCL Institute for Innovation and Public Purpose (IIPP) was founded by Professor Mariana Mazzucato, author of the highly-acclaimed The Entrepreneurial State: debunking public vs. private sector myths.

IIPP aims to develop a path-breaking framework for creating, nurturing and evaluating public value in order to achieve economic growth that is more innovation-led, inclusive and sustainable.

IIPP will lead a debate about the direction of economic growth and governments’ use of mission-oriented policies to confront the world’s most urgent challenges: from climate change to inequality and the problems facing ageing societies. Our work will feed into policies on innovation, financial reform, institutional change and sustainable development.IIPP will systematically rethink how public value is created, nurtured and evaluated. Read more about IIPP. 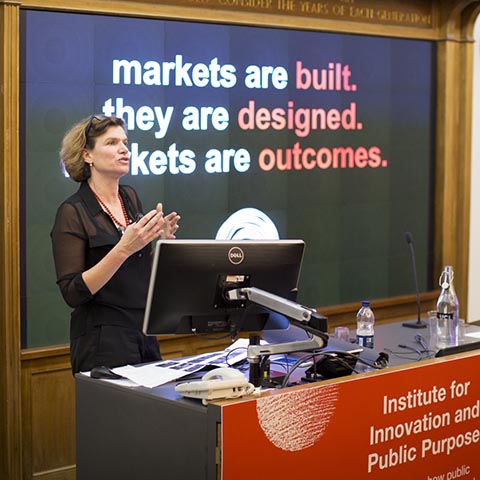 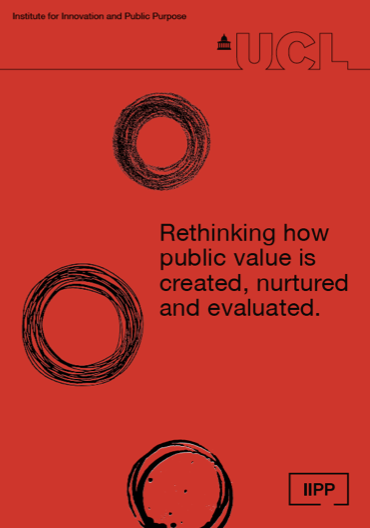