IIPP Director, Professor Mariana Mazzucato, has won the 2018 Leontief Prize for Advancing the Frontiers of Economic Thought, for her research on the role of governments in fostering innovation. 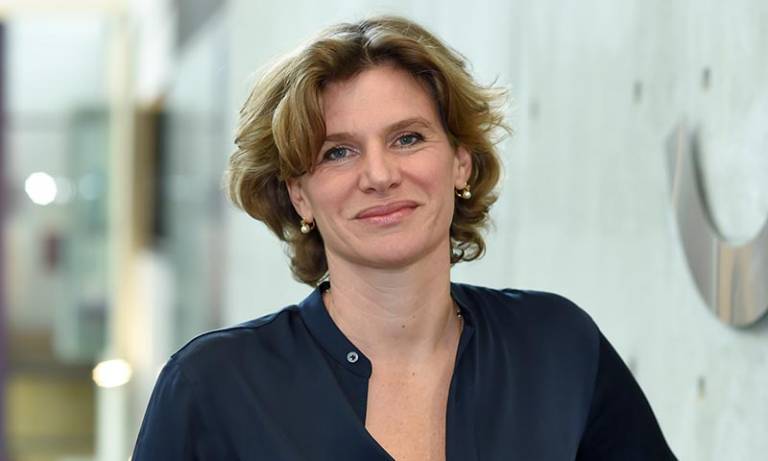 The prize is awarded each year to leading theorists for innovative work in economics that addresses contemporary issues. Mazzucato has been awarded the 2018 prize alongside Dr. Branko Milanovic, Visiting Presidential Professor at the Graduate Center City University of New York.  The prize is awarded each year to two scholars and has previously gone to such famed economists as John Kenneth Galbraith and nobel prize winner Amartya Sen.

According to Tufts University’s Global Development and Environment Institute (GDAE), which makes the awards, Professor Mazzucato and Dr Milanovic, are being recognized for their “path-breaking” work in innovation and global income inequality.

GDAE co-director Neva Goodwin said: “The topic of innovation receives a lot of attention these days. What has been insufficiently recognized, before the work of Mariana Mazzucato, is the critical role of governments in innovation.

“As Mazzucato points out, taxpayers have been the real venture capitalists, funding the riskiest investments in the knowledge economy. It is to be hoped that her work will result in a more equitable sharing of the recognition and the rewards for this important activity undertaken by government for the people.”

The ceremony and lectures by the prizewinners on the theme “Globalization, Innovation and Inequality” will take place on April 17 next year at Tufts University.

Mariana has also been made a Fellow of the Academy of Social Sciences. New Fellows are drawn from academics, practitioners and policymakers across the social sciences. The award recognises the excellence and impact of her work through the use of social economics for public benefit.

Professor Mazzucato’s highly-acclaimed book The Entrepreneurial State: debunking public vs. private sector myths was on the 2013 Books of the Year list of the Financial Times. She is also winner of the 2014 New Statesman SPERI Prize in Political Economy and the 2015 Hans-Matthöfer-Preis and in 2013 she was named as one of the 'three most important thinkers about innovation' in the New Republic. She advises policy makers around the world on innovation-led growth and is currently a member of the Scottish Government’s Council of Economic Advisors; the UN Sustainable Development Solutions Network Leadership Council; and SITRA’s Advisory Panel in Finland. Read her full bio here.