IIPP Director, Professor Mariana Mazzucato was awarded the Leontief Prize for Advancing the Frontiers of Economic Thought at a ceremony in Medford, Massachusetts, USA on the 17th April. 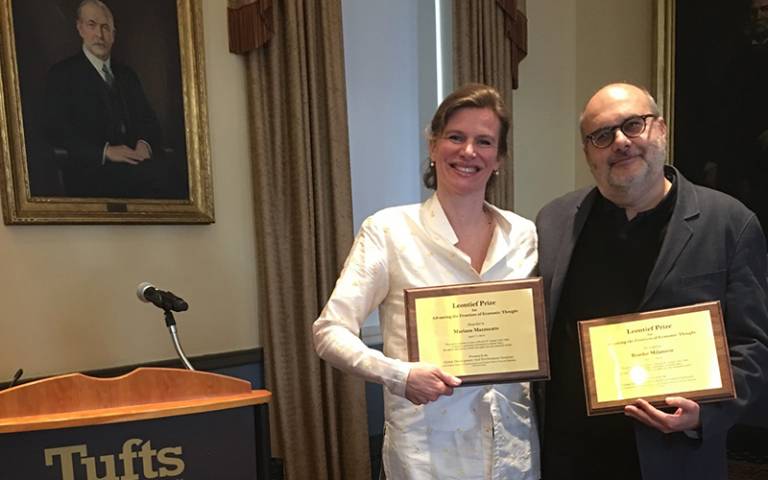 The Leontief prize is given each year to two leading theorists, recognising outstanding contributions to economic theory that address contemporary realities and support just and sustainable societies.

The prize is awarded by the Global Development and Environment Institute (GDAE), at Tufts University, of which Professor Mazzucato is an alumna.

Professor Mazzucato was awarded the prize with economist and inequality specialist Branko Milanovic, who will feature as a guest academic lecturer on IIPP's new undergraduate module running from 2019, Rethinking Capitalism.

Professor Mazzucato said: “I’m thrilled to receive the Leontief Prize, along with Branko Milanovic. My focus on producing innovation-led growth driven by societal missions, and Branko’s focus on ambitious public policies that can reduce inequality—together can be a platform for not only rethinking economics but also for achieving innovation-led inclusive growth.” 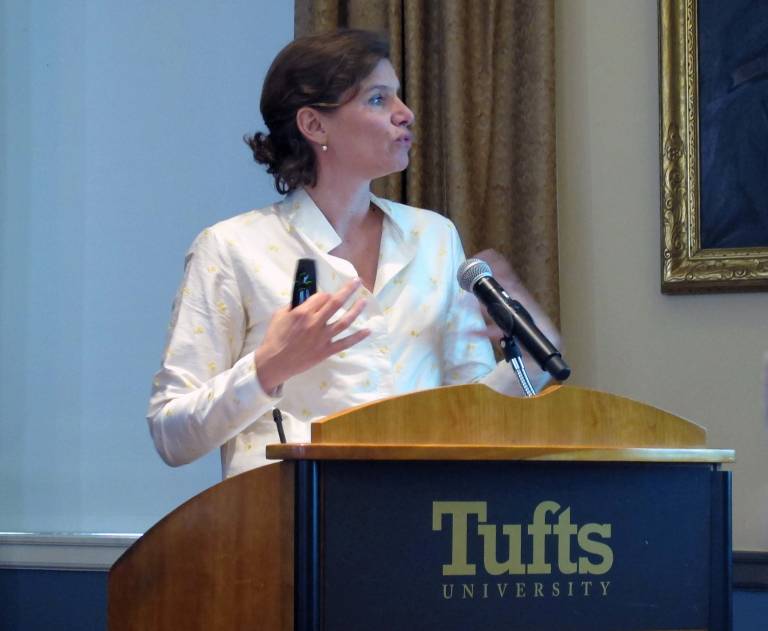 Both the awardees spoke on the theme of Globalization, Innovation & Inequality, and Professor Mazzucato gave a talk titled 'From market fixing to market shaping: reframing growth policy'.

Neva Goodwin, Co-Director of Tufts University’s Global Development and Environment Institute, which makes the awards, said: “What have been insufficiently recognized, before the work of Mariana Mazzucato, is the critical role of governments in innovation and hence the role of the public sector in the process of wealth creation. As Mazzucato points out, taxpayers have been the real venture capitalists, funding not only upstream basic science, but also some of the riskiest investments downstream. Her work argues for concrete ways to make sure both the risks and the rewards are better shared to that smart growth is also more inclusive growth.”

The Leontief Prize was founded in 2000 in memory of Nobel prize-winning economist Wassily Leontief. The Leontief Prize recognises economists whose work combines theoretical and empirical research to promote a more comprehensive understanding of social and environmental processes.