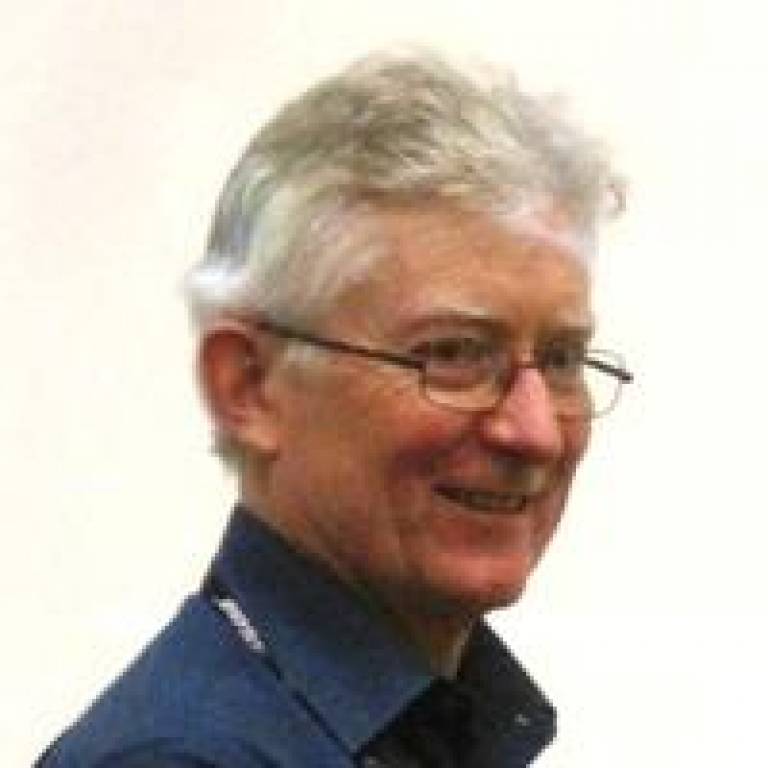 My friend and our colleague Prof Robert Brown sadly passed away on 4th February 2016 at the age of 64. An extraordinary human being, Robert is survived by his mother Doris Brown, his daughter Elizabeth Pelichet, his son Michael Brown and grandson Finley Brown. His passing is a huge loss to our UCL community and the tissue engineering community in the UK, Europe and Internationally.

Robert was awarded his Ph.D. in 1976 by Manchester University where under the supervision of Dr J.B.Weiss he successfully defended his research into "A Molecular Dissection of Rheumatoid and Normal Synovial Membranes with Special Reference to their Collagen Contents."  That started his lifelong fascination of all things collagen. He had a brief stint with industry working first as a research assistant and then as Deputy Head of R&D with Blood Products Laboratory (Elstree) between 1977-1983 before joining UCL Institute of Orthopaedics and Musculoskeletal Science, Royal National Orthopaedics Hospital, Stanmore as a lecturer/Senior Lecturer ( 1984-1992). In 1992 on his promotion to Reader he moved his research base to Bloomsbury as Director of the Tissue Repair Unit which he setup along with the UCL Tissue Engineering Centre (TREC). In 2002 he was appointed as UCL’s first Professor of Tissue Engineering and moved his research base back to Institute of Orthopaedics and Musculoskeletal Science, Royal National Orthopaedics Hospital, Stanmore. He was a founding member of the British Tissue Engineering community and past president of the Tissue and Cell Engineering Society (TCES) UK.

His key research achievements were in understanding the control of growth, especially nano-micro structure, in 3D tissue models. 2 key output innovations underpinned this: orientated fibrillar fibronectin cell scaffolds and the Culture Force Monitor (CFM) model, measuring/applying directional loads to 3D culture.  He was a pioneer in developing 3D models and elucidating the effect of mechanics in 3D models. His research innovation (the Plastic Compression -rapid, biomimetic fabrication process for collagen tissues) established him as an international leading scientist for biomimetic tissue engineering. His ability to collaborate across disciplines resulted in many successful research collaborations with leading scientists in the UK, Europe and Internationally.  He has successfully supervised over 30 M.D. and Ph.D. students, over 60 M.Sc. projects and numerous post-doc researchers. Throughout his career at UCL Robert was a very popular teacher, a sought after research supervisor, collaborator and friend to many UCL colleagues across Faculties. He was also a very popular and highly regarding scientist in the Tissue Engineering community nationally and internationally.

Robert leaves behind a rich legacy of scientific innovations, motivated students with successful careers and scientifically productive collaborations across the UK, Europe and Internationally. But most importantly he leaves behind a legacy of global friendships brought together by Robert’s passion for science. I feel honoured to have spent time with a distinguished scientist and remarkable human being. Rest in peace my friend.