Being Part of the LGBTQ+ Community in London

Being part of the LGBTQ+ community here in London is nothing short of exciting! You will never run out of things to do, see, and be a part of, the possibilities are absolutely endless. London is one of the most queercentric cities in the world, full of LGBTQ+ venues and activities, and encapsulates a long and colourful history of gay rights and movements. Arguably the LGBTQ+ capital of Europe, there is no other place quite like London! 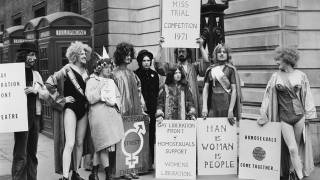 London is steeped in queer history, with gay bars existing in the city as far back as the 1700s, and was at one point home to the longest-running lesbian nightclub in the world, The Gateways Club (1936-1985). Every year, the city celebrates February as LGBTQ+ History Month, and many museums across the city showcase a wide array of queer exhibits and events. Check out the Museum of London, the Tate Britain, and the British Museum for their annual celebration of queer history in London. Throughout the rest of the year, you can find literal stacks of archival materials in the Bishopsgate Institute, the Feminist Library, and the BFI film archive to learn about everything from the gay and lesbian influence on the miner’s strikes, influencing the hugely successful movie Pride (2014), to the post-punk lesbian culture embodied by the Rebel Dykes in the 1980s. Kiera Knightley fans will remember her stunning performance as Georgiana, Duchess of Devonshire, who had a number of affairs with several women in the late 1700s. Visit her London home, Chiswick House and Gardens from just £4.25 for student entry. Throughout the year, you can also take part in an interactive walking tour, taking you through the streets of London and the LGBTQ+ lives, identities, and resistance that shaped the queer history of the city. 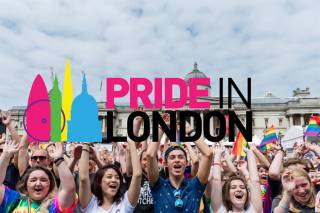 London boasts a number of exciting LGBTQ+ festivals throughout the year, but none can compare with the sheer scale of Pride in London. Every summer, rainbow flags cover the streets of the city as we prepare for the iconic two week Pride festival and main weekend parade and festivities at the end of August/ beginning of September. Drawing in 1.5 million attendees every year, Pride in London is the fifth largest pride festival in the world and one not to be missed for incredible parties, a world-class parade, and the myriad of organisations marching to raise awareness of LGBT+ issues and campaigns. You could even sign up as a volunteer if you’d like to get involved behind the scenes. For the film buffs out there, check out BFI Flare film festival in March, and Fringe! Queer Film and Arts Fest in November, for the latest and greatest in queer film, shorts, and documentaries. Gaywise Festival for arts, Body Movements in celebration of queer club culture, and Peckham Queer Art Boot Fair also make our top picks of fun and exciting festivals for you to check out while in London. 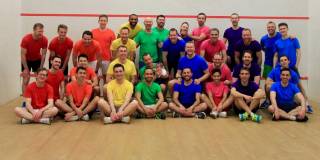 A great way to make new LGBTQ+ friends in London is to join a club or society. Search the Meetup app for queer societies and you’ll be amazed by the number of varied activities and interests catered for. Whether you’d like to meet fellow black/ POC friends, attend a comedy night, practice your tennis serve, take drag aerobics, have a laid back coffee, share your short story, or take part in a pub quiz, there really is something for everyone. Here at UCL we have a range of networks designed for you to meet likeminded people and find information and resources. UCL has both a fantastic LGBT+ Students’ Network and Trans Network, and will be sure to welcome new members with open arms and an open mind. 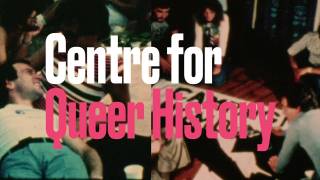 While studying in London, why not attend a public lecture or event. They’re free of charge, open to everyone, and provide you with an opportunity to learn about a subject or topic you might not have much academic knowledge of. UCL has held events such as Trans Studies, Trans Lives: Past, Present, and Future; The Bookshop of Black Queer Diaspora; and Queer Legalities: Identity and Change in Queer Spaces. Join the qUCL mailing list to be the first to hear about upcoming events in relation to gender and sexualities research. While you’re in the city, why not visit another world-class university. Birkbeck Gender and Sexuality forum (BiGS) hosts a wide range of LGBTQ+ public film screenings, book launches, panels, and discussions, Goldsmiths’ Centre for Queer History hosts a varied and eclectic range of queer events, such as the annual Queer History Lecture, and Queer@King’s has a great calendar full of research seminars, public lectures, one-day symposia, readings, and performances. 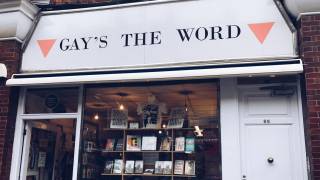 An historic landmark of LGBTQ+ London, the UK’s oldest queer bookshop, Gay’s the Word, is an absolute must-stop for literary buffs interested in queer classics and new publications. Running since 1979, the venue has seen its fair share of history, and is so much more than just a bookshop, it’s host to a thriving queer community. The Lesbian Discussion Group have been meeting there every Wednesday for almost 40 years, discussing weekly topics, such as, coming out, love and relationships, and lesbian refugee stories. Trans London meet every third Tuesday of the month providing support and a space for safe discussion for trans-identified and questioning members of the community. For the book-worms among you, the monthly Book Club will be right up your street. Meeting on the third Friday of the month, past books have included Virginia Wolff’s Between the Acts, Akwaeke Emezi’s The Death of Vivek Oji, and Megan Bradbury’s Everyone is Watching. They also support a wide range of local community groups, from the LGBT Switchboard, a long-running helpline, to Imaan, a Muslim LGBT group. Located next to the Brunswick Centre, it’s less than a five-minute walk from campus, so make sure you check it out while you’re here.

Queer London has something for everyone, whether you want to dance all night in Soho (see our “London nightlife” guide), march in the parade at Pride in London, or simply discuss queer film and literature at a monthly meet-up, we are sure you’ll feel right at home in our rainbow friendly city.