Caleb received funding from the Global Experience Bursary and took part in a summer school programme at Moscow State Institute for International Relations. This summer, I had the privilege of joining the Moscow State Institute for International Relations (MGIMO) on their International Summer School Program from 24 June till 3 August where I attended two academic modules on Russian Foreign Policy and Russian Energy Policy respectively. This program offered extremely interesting perspectives from the Russian perspective-by Russian academics and specialists on controversial international developments in recent years: be it over Ukraine, the Middle East, China, Western Europe, US and other aspects of its foreign policy. As a BA History, Politics and Economics undergraduate at the UCL School of Slavonic and Eastern European Studies (SSEES), the value of such insights cannot be understated in order to uncover the true complexities of the world around us, which is all the more valuable from an academic point of view. Other interesting pieces of knowledge gleaned from this program included a crash course on the intricate technicalities of the Russian energy industry from the stages of exploration and development of drilling projects to the various tax/royalty regimes set in place by the different governments of petro-states around the world. Academically, it was overall enriching given how these subject areas complement my existing studies on the politics and history of Russia and the post-Soviet sphere. Moreover, the two different modules on Russian foreign and energy policies complemented each other nicely, and one is able to draw rather interesting links between the two based on the insights gleaned from this summer program at MGIMO. 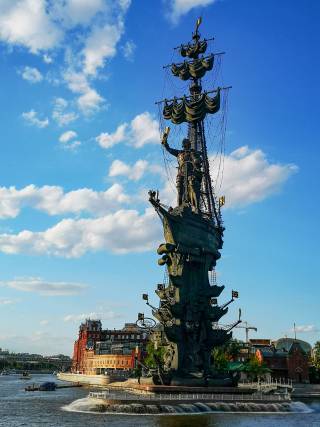 My personal highlights include getting to meet people from all walks of life across a variety of nationalities given that there are no actual age/occupational restrictions for prospective participants applying into the program. Personally, beyond meeting industrious and capable fellow undergraduates from France, Germany and beyond; I’ve also had the pleasure of meeting a Serbian academic from the US and a French executive working for Rosneft among other unique individuals whom are all talented and well-versed in their own ways. The benefits to one’s personal networks and one’s understanding/appreciation of the world and other cultures are off the charts. Further, MGIMO has built into its curriculum for their summer school participants an entire itinerary of various sightseeing activities and experiences; from a river cruise down Moskva River, a trip to the Cathedral of Christ the Savior, and an unforgettable meal at the Ruski Restaurant located on the 83rd floor in the heart of Moscow’s business district (can you imagine the view?), among others. The rigor and intensity of the academic curriculum at MGIMO was well paired with the richness of the cultural and recreational experiences on offer. 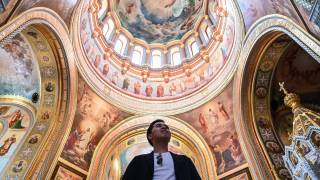 Some challenges I encountered include possibly the prospect of living with a stranger for 6 weeks, I was a little apprehensive about the idea initially (you can opt for a single room at a higher expense, sure) but ultimately I got off easy on that one since I hit it off rather well with my Slovakian roommate. I’d highly recommend bringing a little token or snack from your country of origin as a peace offering for whomever that you might find yourself living/studying with for an extended duration. After all, it sets a good foundation for amenable relations with the other party and who knows what that might bring for the future? J Overall, to anybody who’s actively considering a global experience; I’ll urge you to look around for the paths less travelled. Venture forth onto lands less known, who knows what you might find? As for me, these memories and experiences are certain to last a lifetime! 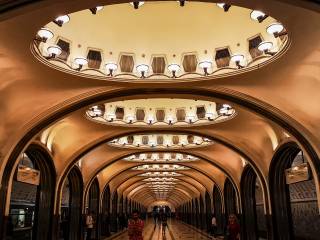