Alexandra Willems was one of six UCL students to join the summer Study China Programme 2017. Read more about her experiences on the programme and in Shanghai.

The Study China Summer Programme 2017 started this year on the 6th August, in Shanghai, China. It involves sending around 100 UK university students, from all parts of the country and the EU, through a competitive and anonymous application process, to study Mandarin Chinese in China for three weeks. This is all funded by the UK Government, apart from flights. Despite this, it is a relatively less advertised programme and I had found very little information online, which was unnerving because I was to be the opening speaker. To say that I was nervous is an understatement – I enjoy public speaking, and I personally applied for this opportunity, but I did so to push myself out of my comfort zone. I did indeed succeed in this aim.

I chose an early morning flight from Singapore, the cheapest available for a student like myself. After a relatively short flight, I found the volunteers who were there to meet us in the Shanghai International Pu Dong Airport. I was helped with my luggage and greeted with huge smiles and eager conversation – genuinely welcoming volunteers that seemed as much your typical students as I did.  There is something very heartening about travelling halfway across the world and still finding people to complain about Eduroam with, in whatever language that may be. 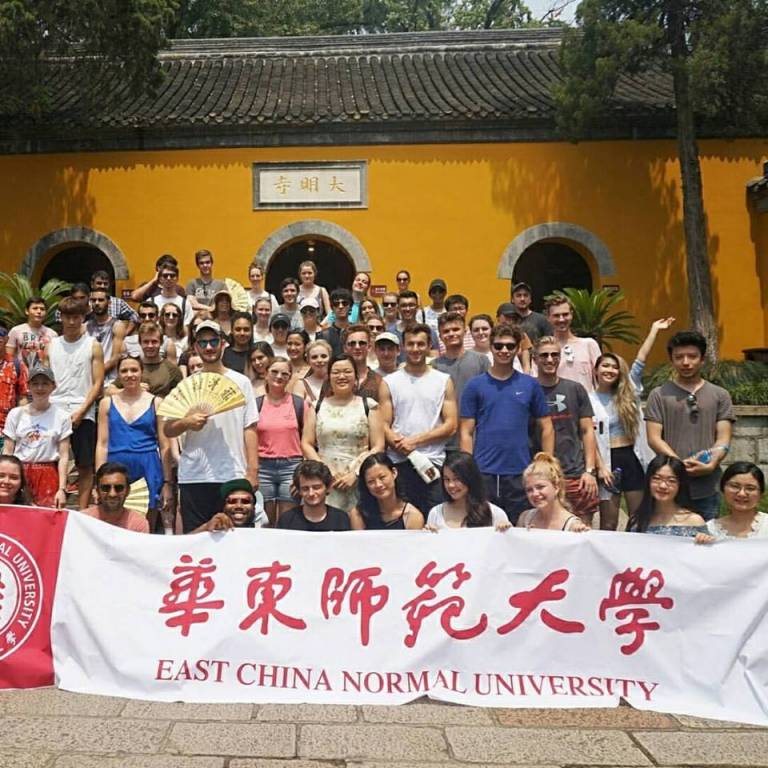 From the airport, the students were shuttled to East China Normal University with the help of the student volunteers, who had an impressively high level of English. We arrived at the hotel, and had free time until the next day to get some rest after our long flights – there was ample time to start meeting other students and getting to know each other. The rooms were a far cry from the student hostel rooms I had envisioned. The next day, I delivered my speech in front of over 100 people, and I still remember having to hold onto the podium to stop myself from shaking. But, I received positive feedback, and it genuinely helped me get to know people as everyone recognised me. I would highly recommend applying for it if given the chance.

The main aspect of the trip that has stayed with me was the high level of organisation. There was a clear system of support, as well as a timetable and a placement test for the Mandarin Chinese Advanced Level speakers. For this, I must give credit to Amily, the programme coordinator, as I felt that the programme’s efficiency was all due to Amily’s efforts to make students feel at ease. The second highest aspect was the quality of the Mandarin Chinese lessons, for which I must thank Irina, the lead teacher. I have done an A Level in Mandarin Chinese back in the UK, and the teaching was tailored to my level. This was brilliant, because I had wanted to come to Shanghai to improve my level after not speaking it consistently during the first two years of studying Law at UCL. I can now happily say that I am at a fluency level that I am proud of, and will be taking my HSK Level 5 exam as soon as I get back to London. 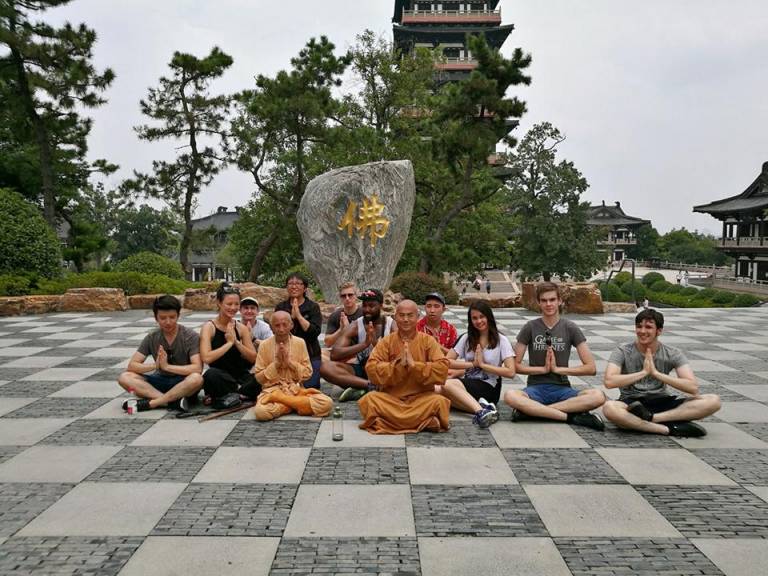 Not only did everyone on the programme get an insight into Mandarin Chinese as a language and Chinese culture as a whole, but being based in a large and charged city like Shanghai was a dream for every young adult with far too much fearlessness and far too little foresight. We managed to explore significant parts of the city, as well as having a rather interesting and, mostly, safe experience of Shanghai nightlife. There’s nothing like being forced to use your language skills to get around in its native country to really test what you, and your linguistic tenacity, are made of. The programme included an afternoon of seeing the main sites in Shanghai, including the Bund, People’s Square and the Shanghai Museum, but much of our free time allowed us to explore our own personal interests in the city. My favourite place that I visited this time was the little-known underground Propaganda Art Museum, legally allowed but only in a restricted location. It was fascinating to see the old propaganda posters of the 20th Century, and I would highly recommend anyone to pay a visit to this small art space.

Being able to speak another language such as Mandarin Chinese, even at a basic level, is crucial in today’s international workforce. I am able to speak it fluently, beginning only at age 11, and it has opened doors for me in China as well as being able to research opportunities such as this one. I hope to lead an international legal career in which linguistic ability will be very useful. After graduation, since I adore the city of Shanghai, I would like to move there for a couple of years, and this experience has only cemented my love for the city even further. It also enabled me to gain tips on how to access the job market, and the culture differences in a Chinese office environment. Indeed, the visit to a Shanghai family for dinner was one of the highlights of the trip for me. I enjoyed talking over the dinner table to working parents about their difficulties in raising children, and the concerns about their children’s education – a universal worry for any parent, from any nationality.

We were lucky enough to also be taken to other parts of China during our three weeks. Shanghai is the International Expat Centre, the face that China is proud to show to the rest of the world. Zhenjiang and Yangzhou, two very cultural cities, show an entirely different side. I had never seen large posters on the sides of buildings depicting the ideal Communist society, nor had I ever any trouble using my Mandarin to get around in Shanghai. The story is entirely different in these two towns. They’re beautiful, they have amazing cultural heritage sites, and they also show a more real China to foreigners like ourselves.

In all, the Study China Programme is an amazing opportunity that is organised to a very high standard. Many thanks to all those involved in making it the insightful and educational experience that it was, and I am only saddened that I cannot do it again. Someone else will have to live that experience for me in future programmes, and what a lucky one they will be. 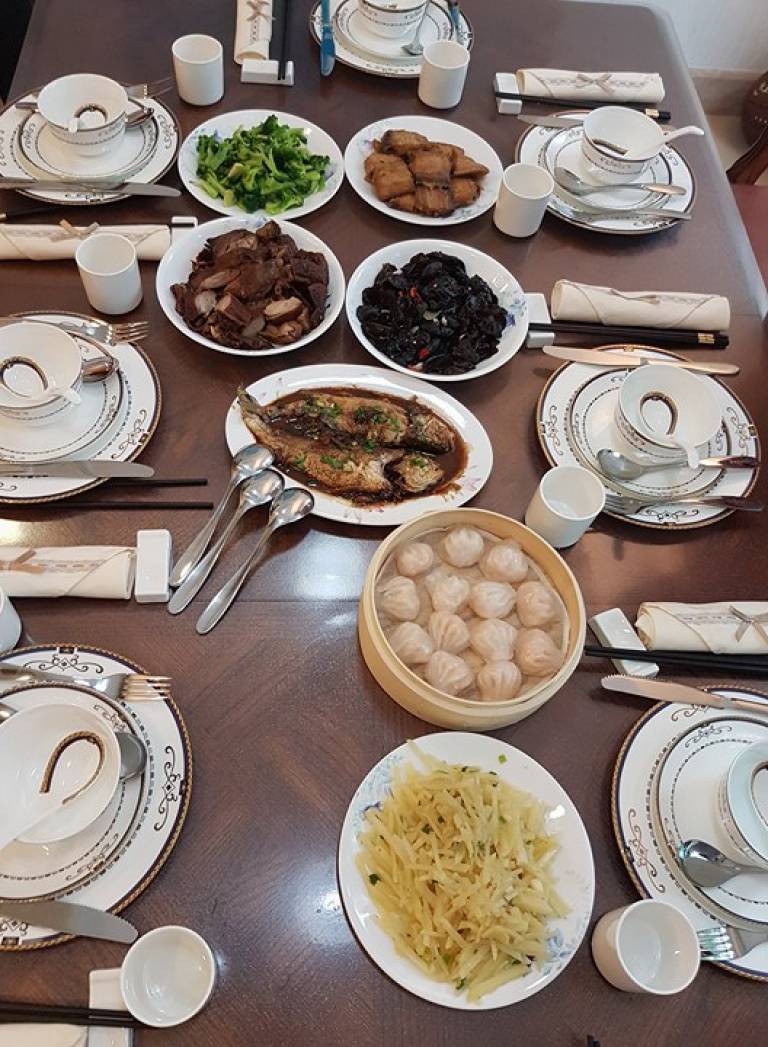