The Art Of Slowing Down

In his second blog, we catch up with Pablo who is living his best life in Santa Cruz, California. 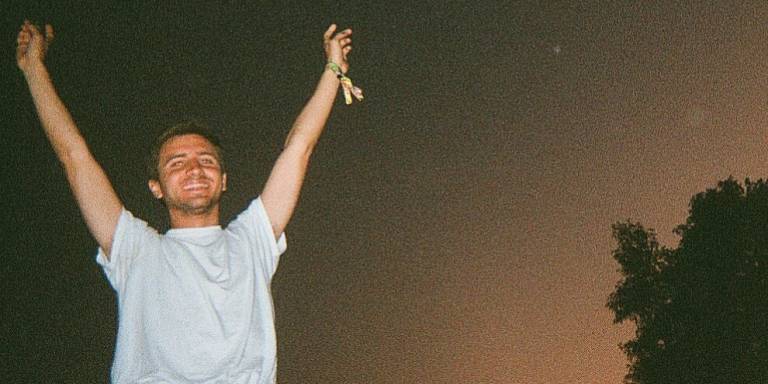 As of today, I have been living in Santa Cruz for just over two months. My skin has never looked better, my asthma is practically gone and, overall, I feel fantastic, both physically and mentally. Crazy what living in a sunny, clean town with breathable air does to you. Distance always helps put things in perspective and, even if I sometimes miss the hustle and bustle of living in a big city, slowing down the pace has worked wonders for me.

Unlike London, there is not much of a drinking culture here (which my liver is very grateful for) and so students are often drawn to day activities like sports or music, for instance. In my case, I recently joined the Triathlon Club and have been going to swim practices around four times a week. Besides the clear health benefits, I have made many friends across all ages and majors. Not only we swim together but we also use the sessions to provide feedback to each other and improve our technique. If all goes according to plan, in February we will drive south to San Diego for a weekend to compete with students from other UC campuses.

Classes have been going well too. Although not as challenging as British universities, there are many aspects of UC Santa Cruz that I really enjoy. First, there’s the wide range of modules which students are allowed to take. Doesn’t matter if you’re a biology or a gender studies major: if you want to work in the university farm harvesting kale and spinach during the fall term, you can do it whilst gaining credit for it.

Similarly, students are also encouraged to learn new musical instruments, such as the Indonesian gamelan, or even take sailing lessons at the harbor, all through the university. After all, UC Santa Cruz was created in order to provide a more experimental, progressive approach to higher education. Another difference is the way in which students are constantly assessed, which serves to ensure that everyone, especially procrastinators like me, stay on top of their readings. I personally have found this system, rather than simply having one big exam at the end of term, to be very helpful to me so far.

In terms of trips across California, I wish I had more stories to tell. The high cost of American transport combined with the fact that no one seems to want to hire me for a part-time job means that my budget hasn’t allowed for that many trips outside of Santa Cruz. I still, however, managed to get discounted tickets to Desert Daze, a music festival in Southern California, and had one of the best times of my life. The highlight of the festival, I would say, was dancing to disco music at 2 AM with a bunch of musicians under a crazy thunderstorm and heavy rain. The storm was actually so bad that our tents ended up collapsing so we had to sleep in the car for the rest of the weekend, which weirdly made it more of an adventure. Besides that trip, my time in Santa Cruz is often spent cooking, exploring the beaches around the city and going on occasional hikes with my flatmates. Hate to brag but I’m living my best life, man.