Elena began teaching short courses in Russian at SSEES in 1998, using the Competency Based Method which has an internationally recognised track record of success and is a practical approach to language learning. She places a strong emphasis on gaining fluency in speaking and understanding spoken Russian throughout the course.  Elena has taught a variety of courses, ranging from complete beginners to the highest level of fluency.

Concurrently with SSEES, Elena has gained a vast experience of teaching Russian in government establishments and in the business environment in the City of London.

For a number of years Elena was a member of the Examining board in the MoD, taught British diplomats and MPs and was an interpreter at the law courts (the Institute of Linguists Certificate, Court Interpreter).

Over 15 years, Elena taught Russian up to the International Baccalaureate level, at one of the top independent boys’ schools in central London, where many of her students chose Russian for their future careers.

Elena has read the History of West European and North American literatures at the University of Saratov and for her PhD research at St Petersburg University. 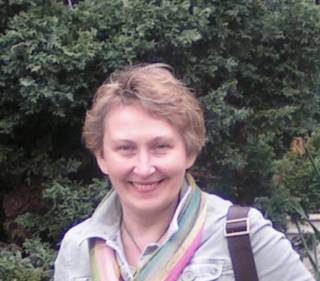