History of the National Hospital and the Institute

The National Hospital for Neurology and Neurosurgery has been described as the "cradle of British Neurology".  It was founded in 1860 for the alleviation initially of epilepsy and paralysis and its early physicians included John Hughlings Jackson (1835-1911), Sir David Ferrier (1843-1928), Sir William Gowers (1845-1911), and Sir Victor Horsley (1857-1916). Major neurological writings emanated from Queen Square and many of the important advances in neurological and neurosurgical therapy were pioneered at Queen Square. The National Hospital now forms part of the University College London Hospitals NHS Foundation Trust.

Queen Square: A History of the National Hospital and its Institute of Neurology

A history of Queen Square from 1860 to 1997, authored by Simon Shorvon, Alastair Compston, Andrew Lees, Michael Clark, and Martin Rossor.

A definitive history of both The National Hospital and the Institute, will be available to purchase in early November 2018 online with all proceeds of sales going to the National Brain Appeal.

Queen Square: A History of the National Hospital and its Institute of Neurology celebrates its fluctuating fortunes, and engrossing history, from foundation to its eventual amalgamation with University College London Hospital (UCLH) in 1996, and the absorption of the Institute of Neurology into University College London (UCL) in 1997. The book is over 550 pages in length and includes over 120 photos and images, along with biographies of many deceased former members of staff.

The objective of the authors (Simon Shorvon, Alastair Compston, Andrew Lees, Michael Clark, and Martin Rossor) is to place the story of the hospital within the wider contexts of British social history and the development of British neurology in the modern age. A broadly chronological approach has been adopted in the narrative, divided into three distinctive periods; 1859–1902, 1903–45 and 1946–97. The authors also revisit certain themes throughout the book to show that these have on repeated occasions influenced the course of the history of the hospital and its reciprocal engagement with the wider national and international community. 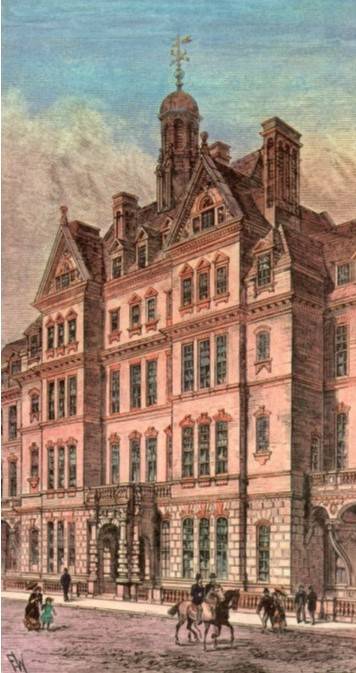 Please see also our This month in 1860 pages, exhibition handout on the founding and early years of the Hospital, and timeline for the Hospital.

The UCL Queen Square Institute of Neurology was established in 1950, as one of the federated Institutes of the British Postgraduate Medical Federation of the University of London. In August 1995, following the recommendations of the Tomlinson Report, the Institute affiliated with University College London, and formally merged with the College in August 1997. The Institute has retained and developed its close links with the National Hospital and provides teaching and research of the highest quality in neurology and the neurosciences.