CEGE is housed in the Chadwick Building, and we also have a Chadwick Professor of Civil Engineering (currently Prof Nick Tyler). Why is this?

Edwin Chadwick was born near Manchester in 1800. At the age of ten he moved to London and later entered the legal profession, eking out his income with journalism. He wrote about the contemporary social conditions and political issues which interested him - in particular, the appalling living conditions of the working classes, and the influence that environment appeared to have on health. His writings attracted the attention of Jeremy Bentham (1748-1832), the Utilitarian philosopher and founding member of UCL. Chadwick became Bentham's secretary, and was greatly influenced by his philosophy and judicial reform proposals.

In 1832, a Royal Commission was set up to enquire into the working of the antiquated and inefficient Poor Laws, a collection of poverty-relief statutes that dated back to 1601. Chadwick was appointed Assistant Commissioner, with the task of investigating the operation (and abuses) of the Poor Law in London. He was a tireless investigator, who insisted on seeing with his own eyes the horrors of slum life in Victorian London - decrepit housing, disease, no sewerage, no clean water, poverty, and intolerably high levels of mortality. He was also an aggressive man of action and his final report to the Commissioners led to the 1834 Poor Law Amendment Act which recommended the formation of a centralised administration and uniform regulations for relief. A central Poor Law Board, comprising three Commissioners, with Chadwick as their first secretary, issued rules and orders to reform relief.

Edwin Chadwick's younger half-brother, Henry (1824 - 1908), is known as the 'Father of Baseball' thanks to his reporting on and promotion of the game in the 19th century.

The eradication of poverty was seen as an economic issue but the Poor Law Commissioners quickly learned that poverty was often the direct result of ill health. They concluded that the relief of destitution was not in itself sufficient: apart from reducing suffering, it was essential on economic grounds to take steps for the prevention of disease by removing its physical causes. Chadwick began to press for public health measures and to research in detail the lives of poor people.

In 1842 Chadwick's three volume report "An Inquiry into the Sanitary Condition of the Labouring Population of Great Britain" became a landmark in social history, with its graphic descriptions of how the filth in air, water, soil and surroundings was a major factor in the spread of disease, especially in urban areas. Eventually, and after much opposition from non-interventionists and those who believed that poverty and disease were matters for individual concern, not public legislation, the Public Health Act and the Nuisances Removal and Diseases Prevention Act were passed in 1848. 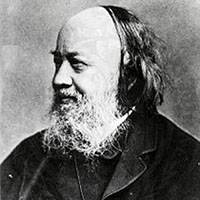 Chadwick worked tirelessly for the new Board of Health (est. 1848), but the enemies of centralised administration and intervention were vocal and determined. In 1854, he was pensioned off from public service but continued to campaign for sanitary and social reform. His wide knowledge of government departments, administration and statistics, public health engineering and building construction made him a formidable lobbyist for the last years of his life. He was awarded the KCB (a knighthood, enabling him to use the title ‘Sir’) in 1889.

After his death in 1890, his determination to reform society through sanitary science was continued in perpetuity by a charitable trust in his will. In 1898 Sir Osbert Chadwick (Edwin’s son) was appointed the first Chadwick Professor of Municipal Engineering at UCL. To this day, the Department of Civil, Environmental and Geomatic Engineering at UCL has a Chadwick Professor of Civil Engineering, and a focus on the ethical and individual impact of engineering is a feature of our research and study.

General enquiries should be directed to cege-office@ucl.ac.uk 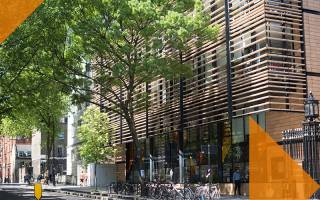 The Department of Civil, Environmental and Geomatic Engineering is part of UCL Engineering, an exciting UCL faculty comprising 10 cutting-edge departments.  Visit the UCL Engineering website to find out more.