- Co-Director: Shahrizor Research Project, in collaboration with the Sulaimaniyah Board of Antiquities

David Wengrow is Professor of Comparative Archaeology at the Institute of Archaeology.

David trained in archaeology and anthropology at the University of Oxford, where he obtained his doctorate (DPhil) and was Junior Research Fellow at Christ Church. Since joining UCL, David has also held visiting professorships at New York University, the University of Auckland, and the universities of Freiburg and Cologne. He has conducted archaeological fieldwork in Africa and the Middle East, and is the author of books including The Archaeology of Early Egypt: Social Transformations in North-East Africa, c. 10,000 - 2650 BC (Cambridge UP); What Makes Civilization? The Ancient Near East and the Future of the West (Oxford UP); The Origins of the Monsters: Image & Cognition in the First Age of Mechanical Reproduction (Princeton UP), as well as academic articles on topics such as the origins of writing, ancient art, Neolithic societies, and the emergence of the first cities and states. David has contributed op-eds on climate change and inequality to The Guardian, and The New York Times, and was ranked #10 in ArtReview’s (2021) ‘Most influential people in the contemporary art world.’ He is co-author of the New York Times bestseller The Dawn of Everything: A New History of Humanity (Penguin), a finalist for the Orwell Prize for Political Writing.

Faces of the IoA - David Wengrow 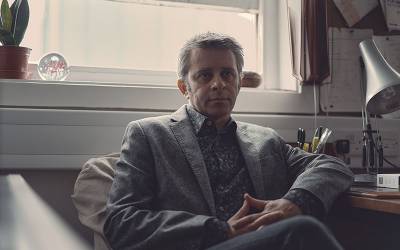