Professor of the Archaeology of the Roman Empire

The Roman world and early Medieval Europe, especially Britain; the dynamics of imperialism; frontiers and borderlands; social theory in archaeology; uses of texts and material culture in historical archaeologies; cultural change and the ‘collapse’ of states and ‘civilizations’; approaches to violence and warfare in past societies; the use of the past in contemporary politics and media.

- Co-Director of the Caerleon Priory Field excavations, in collaboration with Cardiff University.

Andrew teaches at undergraduate and MA level in both Roman archaeology and archaeological theory. He currently co-ordinates modules on Roman Britain, the Roman Empire, and Current Issues in Archaeological Theory, and contributes to a number of general modules in the Institute, and in the Department of Greek & Latin. He also supervises PhD students on a wide range of topics.

Prof. Andrew Gardner is Professor of the Archaeology of the Roman Empire at the UCL Institute of Archaeology. Andrew took all of his degrees at the Institute, from 1992-2001, with a year out working largely in commercial archaeology in 1995-6. After completing his doctorate, Andrew worked in various capacities at the Institute until 2003, when he took up two part-time posts simultaneously, teaching at the University of Leicester and co-ordinating archaeology programmes at the School of Continuing Education at Reading University. In 2004-5, Andrew was a Lecturer in Roman Archaeology at Cardiff University, on a fixed-term contract, after which he re-joined UCL. He was promoted to Senior Lecturer in 2010 and Professor in 2022.

Andrew has published widely on Roman archaeology and archaeological theory, and excavated at sites all over the UK. He co-directed excavations in the Roman legionary fortress at Caerleon, with Dr Peter Guest of Cardiff University. Having taught extensively in adult education earlier in his career, and been involved in a range of public engagement activities at Caerleon, Andrew is passionate about the promotion of archaeology to diverse audiences, and this is reflected in his involvement with organisations such as the Society for the Promotion of Roman Studies, and University Archaeology UK, the national subject committee, of which he is currently Co-Chair.

Faces of the IoA - Andrew Gardner 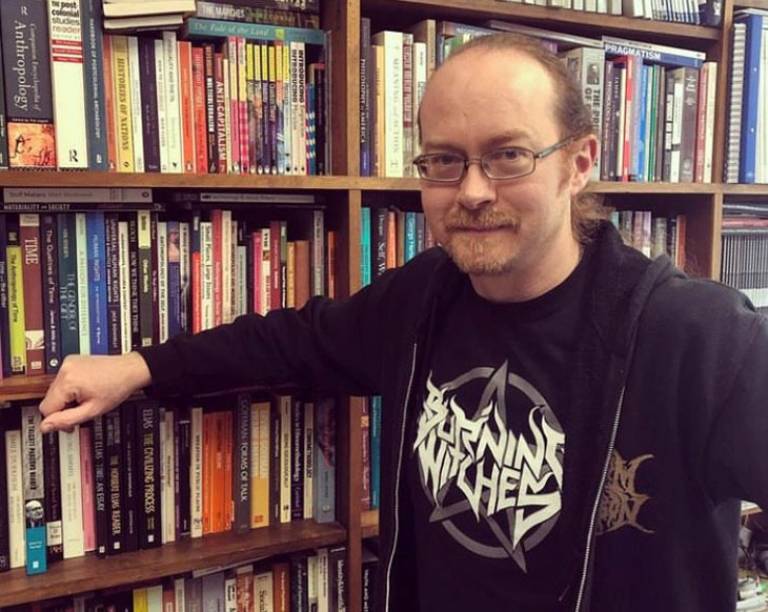