This research project focuses on nightlife spaces important to London's Lesbian, Gay, Bisexual, Transgender, Queer and other (LGBTQ+) communities since 1986. 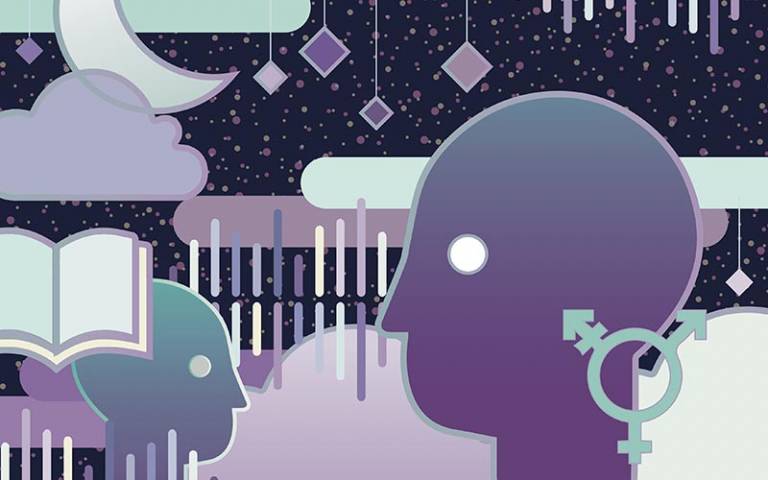 Initiated in 2016 by Dr Ben Campkin and Lo Marshall, in collaboration with community groups the Raze Collective and the Queer Spaces Network, this research project focuses on nightlife spaces important to London's Lesbian, Gay, Bisexual, Transgender, Queer and Intersex (LGBTQI) communities since 1986.

The project uses surveys and archival study to map the breadth and diversity of the LGBTQI scene, gathering additional data from community members, venue managers, event promoters and performers through surveys, workshops and interviews. The research highlights the diversity of the capital's LGBTQI nightlife, as an important contributor to neighborhoods and the wider night-time and cultural economy. Through survey and interview data it also shows the importance of these spaces to community life, welfare and wellbeing.

The research looks at London since 1986 - when the Greater London Council was disbanded, marking a shift in urban regeneration policy - to the present day - a time of wide reporting and activism around the closure of commercial LGBTQI spaces.

Commissioned by Camden Council, this report highlights some of the most innovative LGBTQ+ day-time and night-spaces in the London borough and the ways in which they have served different groups and purposes.

In July 2017, we released our full report from the project, which showed that the number of LGBTQI venues in London has fallen by 58% from 125 to 53 since 2006. Reasons given for this fall include the negative impacts of large-scale developments on venue clusters, a lack of implementation of safeguarding measures in the existing planning system and the sale and change of use of property by landlords whereby venue owners, operators and clients have severely limited negotiating power compared with large organisations.

The Mayor of London has supported this work as part of the development of a Cultural Infrastructure Plan. This is a manifesto commitment by the Mayor and will be published in 2018. The Plan will identify what London needs to sustain and develop culture up to 2030. The collection of quantitative data on venues openings and closures will be reflected within this as part of the capital's cultural infrastructure. In making this commission, the Greater London Authority (GLA) note the 'significant work' published in our interim report.

Interim report: LGBTQI Nightlife in London: from 1986 to the present (November 2016)

In November 2016, we released our initial report from the project, which confirmed London's LGBTQI nightlife spaces have seen a recent intensity of closures, with the largest threats to the most longstanding venues, and those catering to women and Black, Asian and Minority Ethnic LGBTQI people.

The report urges politicians and policy-makers, including the Mayor, to positively respond to closures and pressures on venues and other spaces by building protection and promotion of LGBTQI spaces into the London Plan and local borough plans and policies.

The seventh issue in UCL Urban Laboratory's publication series Urban Pamphleteer stems from the LGBTQI nightlife research project. In the tradition of radical pamphleteering, the intention of the pamphlets is to confront key themes in contemporary urban debate from diverse perspectives, in a direct and accessible - but not reductive - way. The broader aim is to empower citizens, and inform professionals, researchers, institutions and policy-makers, with a view to positively shaping change.

This issue gathers perspectives, provocations and vignettes on London's LGBTQ+ night-time spaces, past, present and future. We are interested, in particular, in the different tactics being used to queer night-space. We feature a diversity of examples that together suggest how and why different venues, events and clusters are produced; how, when and why they have opened or closed; the scenes that have recently emerged, or are imagined, and how these connect with historical ones, and with other places.

London’s LGBTQ+ communities are rapidly losing their nightlife premises. There was a stark drop of 58 per cent between 2006 and 2017, partly because of property development and processes of gentrification. Behind this headline statistic there is a more complex picture of differential access to nightlife within the LGBTQ+ communities, and the article reflects on what exactly has been lost, and why. How are past and present struggles embedded in the fabric of night-spaces? How important have these been to constructions of individual and collective identity?

In the media
Events and exhibitions