Great Gorillas: 3D printing a skeleton to bring the museum to pupils in east London

As part of our Schools Engagement programme, three east London secondary schools took part in a project to study 3D printed recreated gorilla bones and design their own bio-inspired robot. Emma Bryant, who ran this project, tells us more about it. 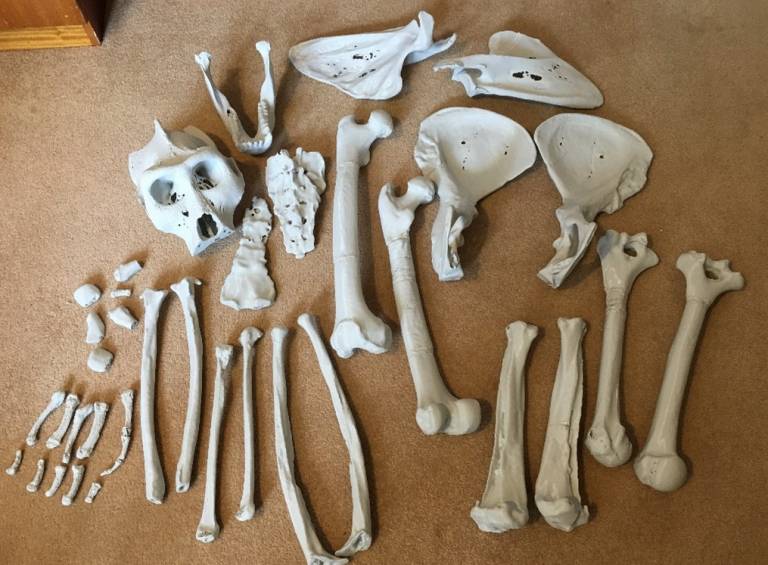 Here at UCL we usually have a thriving schools engagement programme, with one strand dedicated to using our museum collections with children and young people. During the pandemic UCL’s museums were closed so we decided to take a little piece of them to schools.

We created three sets of life-sized gorilla bones, based on the wonderful gorilla skeleton from the Grant Museum of Zoology. The skeleton was scanned and 3D-printed at UCL.

The bones were transported to Charles Bell House, an Edwardian building named after the Professor who gave UCL's first inaugural lecture in 1828 and now home to a science research centre.

The skeleton was scanned using a process called imaging by Dr Dan Nikitichev from the Department of Mechanical Engineering. Dan is also a long-standing member of the multi-disciplinary Bio-Robotics Schools project team. The scanning was a lengthy process because the machine needed to cool off after a couple of hours meaning only one side of the larger bones could be scanned before a break. 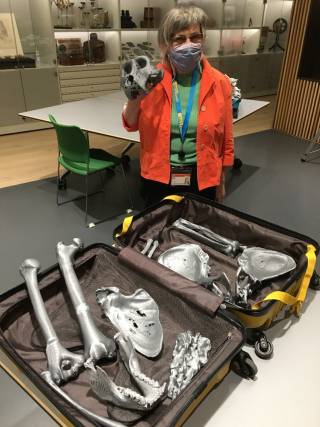 Images were then segmented, which is when the specific 3D volume is extracted from the images. This is done slice by slice corresponding to the structure of the actual bone, which builds a highly accurate model. The segmentation is refined to create the finished printable model. The 3D bones are made with a thermo-plastic polymer. Layers of print material are deposited by a nozzle moving in horizontal plane onto a print bed which moves vertically.

Three East London secondary schools took part in this project. Students studied the 43 bones and recreated the skeleton. They worked out how the joints were articulated and what adaptations the gorilla has for its environment, with a focus on locomotion.

With this knowledge and using other resources provided by the project team they went onto design their own bio-inspired robot.