Join us at 1pm on 15 June 2021 for an inspiring talk about skateboarding in the context of designing UCL's new campus on Queen Elizabeth Olympic Park with the east London communities. 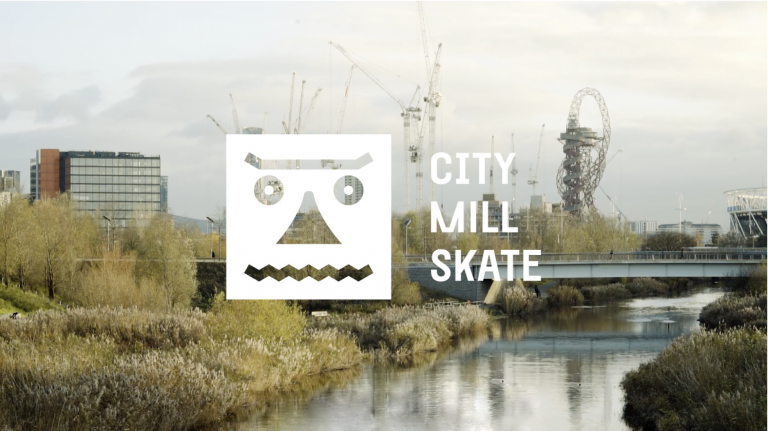 UCL’s City Mill Skate project is working with east London artists and skateboarders to democratise the street and co-create a series of ‘skate dots’ that will form part of the fabric of the new UCL East campus on Queen Elizabeth Olympic Park. Bringing people together across genders, ages and abilities, City Mill Skate uses participatory design to engage the community, including people traditionally not connected to the design of skateable architecture like women and people with disability.

Supported by UCL’s Public Art Programme, the project leads, Esther Sayers and Sam Griffin, led pilot workshops with young people, before sending DIY kits at the start of lockdown in early 2020 – which their vibrant community used and extensively shared on Instagram.

In this talk, Sam and Esther will be joined and introduced by Prof Iain Borden, Professor of Architecture and Urban Culture at The Bartlett, UCL, who will explore the relevance of City Mill Skate to skateboarding, public space and urban design worldwide.

Esther is Senior Lecturer at Goldsmiths College. Her arts-based practice research includes embodied research methodologies around cultural participation. Currently this is pursued within the cultural context of the skatepark where immersive, reciprocal pedagogies are played out. Her research as an artist, a gallery educator and a skateboarder has been published in the UK and Internationally.

Sam is an artist, writer and researcher based in London and has exhibited across the UK and internationally. Sam has also participated in numerous skate-related projects, including contributions to publications, lecture programmes and designs for skateable architecture.

Iain is Professor of Architecture & Urban Culture and Vice-Dean Education at the Bartlett, UCL. Iain is author of Skateboarding and the City: a Complete History (Bloomsbury 2019) and has been involved in numerous skatepark projects in the UK and worldwide.