The FRINGE Small Grants Call 2021-2022 has now been announced. The deadline for submissions is 17 December 2022. Please click here for more details

Resistance in the Soviet Satellites (RSS) is a FRINGE research project led by Dr Benjamin Abrams, and open to participants across SSEES, regardless of their academic, staff or student status.  The first stage of this transdisciplinary project focuses on the broad question: “what did it mean to resist in the Soviet satellites?” and is centred around oral history interviews by the SSEES community of people they know who were participants in or witnesses of resistance (in all of its varieties) to regimes in the Soviet satellites.

An introductory meeting will be held on Microsoft Teams at 3.00pm on November 29th, during which people will have a chance to learn more about the scope of the project and discuss how they would be interested in participating.

Building on these discussions, the project will hold its first formal research meeting in January, with an exact date to be ascertained following ethical approval.

If you are interested in the project, please reach out to b.abrams@ucl.ac.uk, or join us on the RSS Microsoft Teams channel 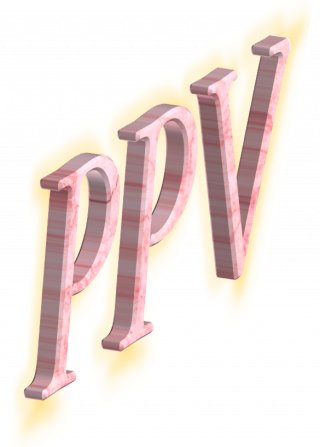 2018-: Perverting the Power Vertical: Politics and. Aesthetics in the Global East
Which power verticals hold sway over the Global East (and south and west and north)? And how can we identify alternative styles, shapes and geometries of power – horizontals, diagonals, perpendiculars, transversals, skews and intersections – within and without the (past, present and future of) the “trans-socialist” Global East? PPV is a restless-but-rooted events platform convened by Michał Murawski, Masha Mileeva and Denis Maksimov. In 2019-2020, PPV operates under the theme “PiraMMMida”. Please see PPV’s bespoke website for more detailed information. 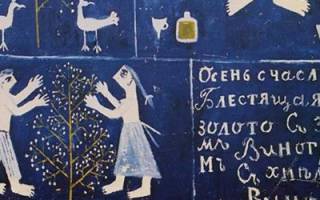 Starting with the premise that there is no single ‘fundamental’ Russian cultural formation, this workshop examined the strategies of discursive constructions of Russianness and the Russian identity as enacted through cultural production in the geographically, chronologically and culturally distinct locations. Workshop convened by: Dr. Maria Rubins 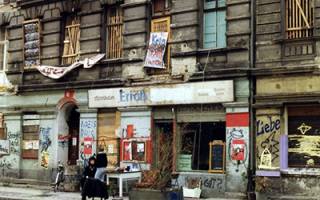 This project will bring together global scholarship on squatting. Conceptual and intellectual parallels shall be established between Eastern Europe and other global areas. Workshop convened by: Dr. Udo Grashoff 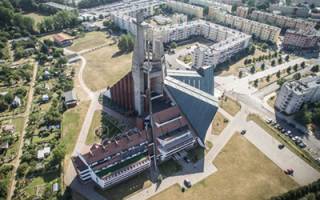 This project explore the aesthetics, politics, economics and affects of centrality and monumentality, from their 20th century golden age to their contemporary inheritances, afterlives, ruins and appropriations. Workshop convened by: Dr. Michal Murawski