Benjamin's research focuses on exploratory macro-causal comparisons and case studies, designed to generate new, durable theoretical insights. His approach fuses these macro-level techniques with in-depth investigative within-case methods, with a specialism in the analysis of ethnographic interviews and archival sources. His research covers the following topics:

Benjamin's first book, The Rise of the Masses: Spontaneous Mobilization and Contentious Politics, tackles the question of why and how people spontaneously protest, riot and revolt en-masse.  Drawing on in-depth interviews and historical research across four cases, the book builds an entirely new theory to explain spontaneous mass mobilization, Affinity Convergence Theory. The book sheds light on the puzzle of mass spontaneous protest in cases ranging from the 1789 French Revolution, through the 2011 Egyptian Revolution and Occupy movement, all the way to the recent 2020 Black Lives Uprising in the United States. The Rise of the Masses will be published by the University of Chicago Press in Spring 2023.

Benjamin's current major research project concerns the dynamics of government and contention in contemporary democratic politics, and is funded by the Leverhulme Trust. The 'Responses to Populism' project examines how modern societies have responded to the rise of populist governments. This project spans research on governance, systems design, and social and cultural currents of 21st century political societies. In addition to his empirical work on the subject, Benjamin also writes on the political and social theory of modern democracy.

In addition to his work on revolution, Benjamin also works on the theory and comparative history of resistance movements from 1870 to the present.

Alongside his work on mobilization, revolutions and resistance, Benjamin maintains a strong research interest in the study of contentious politics. His second book, in collaboration with Peter R. Gardner, is called Symbolic Objects in Contentious Politics. Bringing together an international and interdisciplinary community of scholars, this book will be published open access by the University of Michigan Press, in 2023.

In addition to his research in this area, Benjamin is editor in chief of Contention: The Multidisciplinary Journal of Social Protest.

Benjamin serves as co-convener for SESS0092 Revolutions and Society: Revolutions in the Modern World 1600-2021 (with Daniel Brett and Christian Embery). The module will introduce students to a series of key revolutions and assess their impact on domestic and international politics and society. Using theory and case studies it will situate revolutionary events in a global context and invite students to explore connections and comparisons. It will combine macro and micro approaches to introduce students to marginalized actors' roles in larger structural processes.

Benjamin has previously served as the convener for SSESS0014: Understanding Society: Introduction to Political Sociology, SEES0106: Introduction to Discourse Analysis, and taught on SESS0034: Researching Politics and Society, and SEES0128: Qualitative Methods.

Benjamin joined UCL SSEES in the 2018/19 academic year, teaching a variety of topics in Politics and Sociology. In 2019/20 he took up a Leverhulme Trust Early Career fellowship to support full time research. Prior to coming to UCL, Benjamin was based at the University of Cambridge, where he was Director of Studies for Human, Social and Political Sciences at St Catharine's College, and an affiliated Lecturer in Political Sociology. 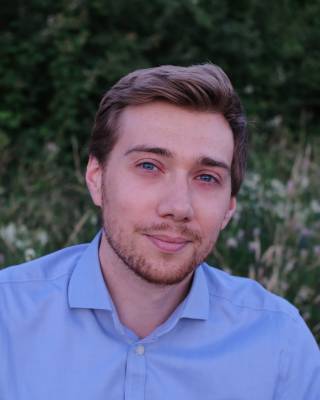