Novel drugs for the potential treatment of pancreatic cancer have been developed at the School of Pharmacy that show promise in animal models for the disease.

These also have the advantage that they are highly active in pancreatic cancer cells which have become resistant to one of the standard drugs currently used in the clinic. 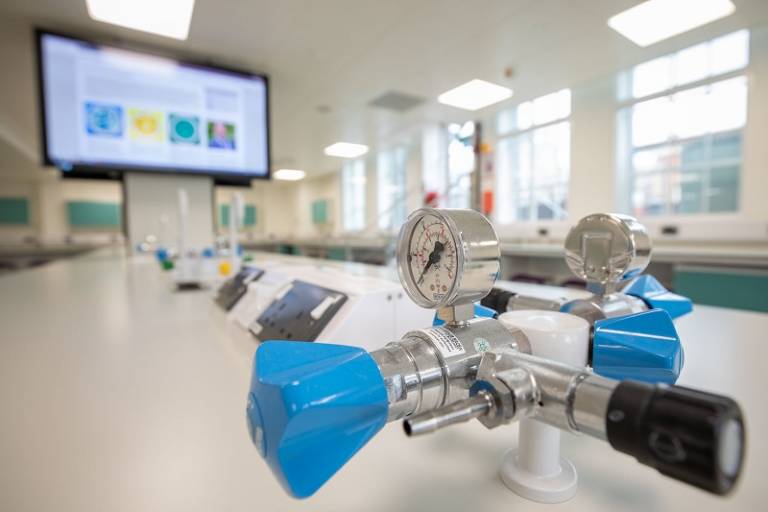 Pancreatic cancer is one of the deadliest of all human cancers and is still one of the hardest to treat. Unlike many other cancers, the prognosis for most patients has not significantly improved over the past 30 years.

None of the current drugs used against this cancer produce significant benefit except for a small minority of patients, in part because the all-too-common late diagnosis means that pancreatic cancer has become very complex in its nature. In addition this cancer rapidly becomes resistant to the drugs currently being used against it and they are then altogether ineffective.

Professor Stephen Neidle and his colleagues at the School of Pharmacy, together with an international group of expert collaborators, have been developing a novel approach to treating pancreatic cancer. It recognizes the genetic complexity of this cancer and using a drug that they have tailored for this task, simultaneously targets, the genetic signals (called quadruplexes, “GQ”s) in a number of cancer-producing genes. They have shown that targeting multiple cancer genes in this way so that they become switched off from functioning, is an effective way of stopping pancreatic cancer cell growth.

He and his team have two publications this month announcing significant advances in this work. They have now developed along these lines an exceptionally potent new cancer gene GQ targeting drug which shows effective anti-tumour activity in animal models for the disease, including a genetic model with features that closely resemble human pancreatic cancer.

Drug resistance is one of the major obstacles to successful drug treatment of many cancers - tumours that have initially responded to drug treatment frequently start growing again. This problem has been at least partly overcome with some cancers, with the introduction of newer targeted therapies, including using antibodies.

These approaches have not worked for pancreatic cancer and the challenge of drug resistance has not yet been overcome in the clinic. Stephen Neidle and his colleague Ahmed Ahmed have now shown that a GQ drug from their distinctive gene-targeting approach is very effective at stopping the growth of drug-resistant pancreatic cancer cells.

These cells had been engineered to become over 1000-fold resistant to the drug gemcitabine, a standard treatment for pancreatic cancer, and mimic the behaviour of resistant tumours to this drug in the clinical context. Their results demonstrate that drug resistance is not an innate feature of pancreatic cancer cells and that it can be overcome with their approach of GQ-targeting drugs.

Although these novel drugs still need to overcome various challenges until they are ready for clinical evaluation, one can be cautiously optimistic that this multi-targeting approach has a good chance of ultimately benefiting pancreatic cancer patients. Stephen Neidle is currently working with UCL Business to commercialise this work in order to take it to the next stages of development.