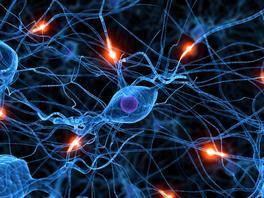 The Neuroscience in Health and Disease Research Cluster incorporates researchers from each of the four departments of the School of Pharmacy.

Members use a wide range of technical and theoretical approaches to study normal brain function, to uncover the fundamental causes of neurological and psychiatric diseases, to identify novel therapeutic targets, to develop new agents (including gene therapy strategies), for their treatment and, to develop effective, safe and age-appropriate drug formulations to facilitate delivery to the brain across the blood brain barrier.

Methods used range from the study of individual protein molecules using biochemical and cell biological methodology to perinatal gene delivery to the nervous system, advanced electrophysiological recordings from brain slice preparations together with confocal and two photon microscopy, nanotechnology for drug delivery and pharmacoepidemiological techniques for assessment of the safety of medicines in mental health disorders.

The Neuroscience in Health and Disease Research Cluster has representation on the UCL Neuroscience Steering Committee. Many of the cluster members have established collaborations within the wider UCL neuroscience community including direct involvement with the organization of the Annual UCL Neuroscience Symposium and as the Chair of the UCL Early Careers in Neuroscience Committee.

Internal and external collaborations and associations will be enhanced by upcoming activities which include the 2014 Neuroscience in Health and Disease Retreat to be held in May. An Outreach event will also be held during Brain Awareness Week in March 2014 to promote careers in neuroscience and pharmacy to A level students from local schools and, the well established UCL School of Pharmacy, Department of Pharmacology seminar series