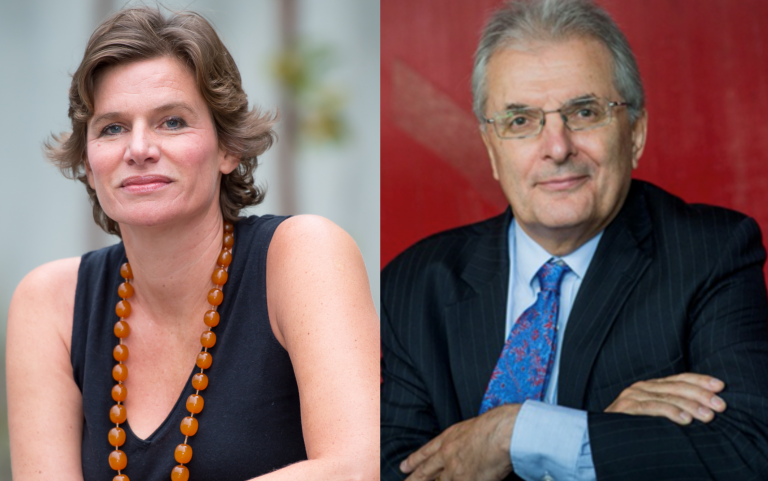 The high-level advisory group will provide ESA’s decision-makers with an independent and objective high-level assessment regarding the geopolitical, economic and societal relevance of human and robotic space exploration for Europe, and recommended options for a way forward.

The group – comprising eight men and five women – contains political figures including a former prime minister, as well as economists, academics and an explorer.

ESA recently published its exploration roadmap called Terrae Novae 2030+ that sets out its ambitious exploration vision for Europe. Its objectives are threefold: to create new opportunities in low Earth orbit for a sustained European presence after the International Space Station; to enable the first European to explore the Moon’s surface by 2030 as a step towards sustainable lunar exploration in the 2030s; and to prepare the horizon goal of Europe being part of the first human mission to Mars.

The vision builds on the message to embolden Europe’s space exploration that comes from the Matosinhos Manifesto agreed between ESA and its Member States in November 2021. This message was further emphasised at the Space Summit held in February 2022, when ESA’s Director General, Josef Aschbacher, was asked to prepare a political debate on exploration.

“The Space Summit gave me the mandate to establish a High-Level Advisory Group on Human and Robotic Space Exploration for Europe – and I see this as an outstanding opportunity to prepare a far-reaching decision by our Member States on the future of Europe in space exploration,” said Josef Aschbacher.

“I very much appreciate the readiness of outstanding group members to provide their diverse and unmatched expertise to make the case for a new, much stronger role of Europe in human and robotic space exploration.”

On the news, Professor Mazzucato (UCL Institute of Innovation & Public Purpose) said: “Space is becoming an economy, driven by both public and private sector investment. But how these actors relate to one another is key: is this a parasitic or a symbiotic eco-system? ESA’s new advisory group offers an opportunity for Europe to chart a dynamic agenda and path that drives a truly dynamic and mutualistic partnership between the public and private sectors, driven by missions and a common good approach to the economy.”

Professor Chris Rapley CBE is Professor of Climate Science with experience in Astronomy, Solar physics, Climate Science and Science Communication. He is Chair of the European Space Sciences Committee (ESSC), Europe’s most prominent space advisory body which deals with the full spectrum of space sciences. His previous roles include the Directorships of the International Geosphere-Biosphere Programme, British Antarctic Survey and the Science Museum.

On the appointment, Professor Rapley (UCL Earth Sciences) said: “We are entering a new era in accessing and exploiting space. Europe faces a choice: to continue its reliance on other nations for key capabilities, or to develop greater autonomy. The group will consider the issue from a broad societal view and will advise the ESA Director General accordingly.”

The group is due to meet twice in 2022 – in September and November – so that its work can inform decisions taken at the ESA Council of Ministers held towards the end of November 2022.

It will then meet again in January 2023 and publish a report in March 2023 that will inform the deliberations of a Space Summit that is foreseen to take place as a joint ESA-EU Space Council in the second half of 2023.

The 12 members of the group are: Stefania Giannini, UNESCO Assistant Director General for Education and formerly of the Italian Ministry of Education, University and Research; Erling Kagge, an explorer who was the first person to reach on foot all three “poles” (the North Pole, the South Pole and Mount Everest); Mariana Mazzucato, Professor of Economics of Innovation and Public Value at University College London and Founding Director of the Institute for for Innovation and Public Purpose; Maria Theresia Niss, Member of the National Council of Austria and Incoming Chair of the European Inter-Parliamentary Space Conference; Cedric O, Former Secretary of State for the Digital Sector of France; Chris Rapley, Professor of Climate Science at University College London and Chair of the European Science Foundation’s European Space Sciences Committee; Anders Fogh Rasmussen, former NATO Secretary General and former Prime Minister of Denmark; Anna Rathsman, Chair of ESA Council and Director General of the Swedish National Space Agency; Tomasz Rozek, a science communicator; Francois Schuiten, a best-selling comic book artist; Christoph Schweizer, Chief Executive Officer of Boston Consulting Group; and Saadia Zahidi, Managing Director of the World Economic Forum.