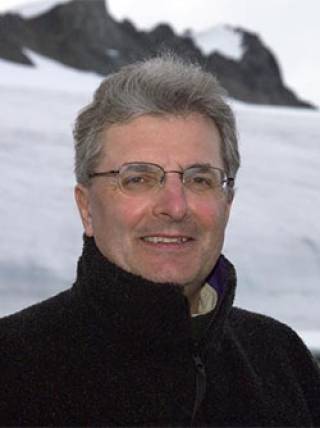 Before coming to UCL, Prof Christopher Graham Rapley was the Director of the British Antarctic Survey from 1998 to 2007. He was appointed Director of the Science Museum in 2007, stepping down in 2010. In 2008 he was awarded the Edinburgh Science Medal – “For professional achievements judged to have made a significant contribution to the understanding and well-being of humanity”  Since January 2014 Chris is the Chair of European Space Agency (ESA), Director General's High Level Science Policy Advisory Committee.

In 2014 Chris Rapley and Duncan Macmillan were commissioned by the Royal Court Theatre to write a play '2071' on climate change which he will perform at the Royal Court in late 2014.

‘Fires, floods and the IPCC report ring the death of fossil fuels’ speaking about the implications of the  Intergovernmental Panel on Climate Change (IPCC) report for governments around the world.

Chris Rapley interviewed on BBC Newsnight by Kirsty Wark about climate change, science communication, the UNFCCC COP21 in Paris, and the play and book '2071 - The World We'll Leave Our Grandchildren' by Chris Rapley and Duncan Macmillan

Chris Rapley is amongst scientists to comment on the future state of the Earth System following a recent report featured in the proceedings of the National Academy of Sciences of the United States of America. The report warns of the potential of a ‘Hothouse Earth’, whereby self-reinforcing feedbacks could push the Earth System through a planetary threshold to a new state characterised by a combination of high global temperatures and rising sea levels unprecedented in the Holocene.

Chris Rapley was among expert influencers presenting to delegates and the public at the Congreso del Futuro in Santiago in January. The unique congress is one of the biggest scientific and technological events in Latin America, helping to shape progress of how societies adjust to global challenges.