Photon detectors are fundamental to space instruments from telescopes to radiation detectors, and cover a range of formats from single pixel up to multi-megapixel imagers. 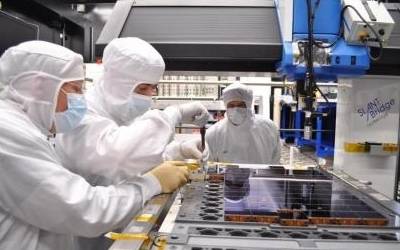 for wavelengths from near-Infrared to X-ray 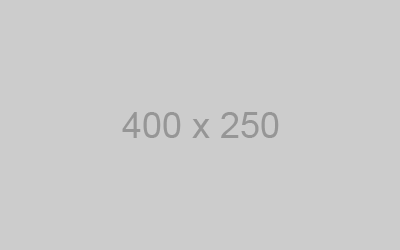 for earth and cloud observation

for hard X-rays and Gamma-rays

The Remote Sensing Detectors Group conducts Research and Development into photon detectors and instrument systems. Most of MSSL's flight hardware projects have been built on a foundation of detector development. The selection of instruments to fly on spacecraft is a highly competitive process and it essential for MSSL to maintain at the forefront of detector technology.

In any application of a detector system in space there is enormous motivation to extract the maximum possible information from the returned raw data. This requires a complete understanding of the instrument involved. Modern detector systems are often so complex that it is not feasible to measure performance over even a small fraction of the possible operational configurations. Also performance may depend subtly on the nature of the irradiation or even on the previous history of illumination.

For these reasons MSSL places great emphasis on understanding the physical principles behind the operation of the instruments that we develop - the Instrument Science. Once these principles are known, and a (computer) model of the detector system is prepared, the performance can then be simulated. By cross checking the results of this simulation with measured calibration values a more robust overall "instrument response function" can be derived which provides the basis for future data analysis.

Of course it is not possible for MSSL, or any single research group, to conduct research into more than a small range of detector technologies. Our Research and Development programme is set by our existing flight hardware commitments and the future needs of the scientific community.

In order to test our detectors, we maintain a variety of sources of photon illumination, from simple LEDs to sophisticated calibrated large vacuum chamber systems. Some of our more specialised sources are

Charge Coupled Devices (CCDs) are extensively used in astronomical detectors and the MSSL CCD Group has a broad programme of CCD camera development and research for both current and future space projects.

Recently, the qualities of CMOS imagers have been rapidly improving, and they are now being flown and planned for specific space missions, for example Solar Orbiter.

MSSL has also had a significant role in the imagers (CCDs) for the Gaia mission. All the flight CCDs (over 100, effectively constituting a 1 Giga-pixel camera), flight spares and engineering models were characterised with their readout electronics at MSSL.

Micro-channel Plates (MCPs) are commonly used to detect the signal from a single photon (UV to soft X-ray) or particle (electrons, ions and neutrals, see the Plasma Detection In-Situ Detectors). For each incident photon or particle, the MCP can generate a signal of ~1000 electrons. These electrons can be accelerated onto a phosphor, giving an intensified image which can be acquired by a camera. This is the principle behind intensified cameras such as MSSL's Optical Monitor (OM) Instrument on ESA's XMM-Newton X-ray astronomy satellite.

The pictures we take with visible wavelength cameras are usually images of light reflected from objects in the scene. The source of the light is usually a hot object (e.g. the Sun, room lights). Any object emits 'light' (electromagnetic radiation) because of its finite temperature: the hotter the object, the shorter the wavelength of its radiation.

For visible wavelengths (a few hundred nanometers), you need an object at a temperature of a few thousand degrees. But at thermal infrared (TIR) wavelengths (around 10 microns), objects around room temperature emit.

So thermal infrared cameras generally detect 'light' emitted (rather than reflected) by the objects. This is what gives them their ability to see in the dark, because the objects are still emitting.

At MSSL, the Photon Detection Systems group works with the Imaging group to develop TIR cameras for observing the sky to monitor cloud cover and use stereo imaging techniques to measure cloud height.

We also analyse the performance of such imagers for proposed satellite missions to support climate modelling, forest fire monitoring and other applications.

Although proportional counters have been used as X-ray detectors for many years they continue to be refined and improved. A pair of one dimensional counters was used as part of a Bragg Crystal Spectrometer experiment on board the Japanese satellite Yohkoh (launched 1990). Similar detectors were employed in the ReSIK experiment on the Russian KORONAS mission (launched August 2001).

The group also has an interest in semiconductor detectors (in addition to CCDs and CMOS). This work is described in - A densitometer for the Rosetta comet lander.