New data will offer a unique insight into whether prostate MRI could be the test that we are looking for to preferentially detect those cancers which will benefit from treatment, whilst minimising over-detection and overtreatment which can only cause harm. 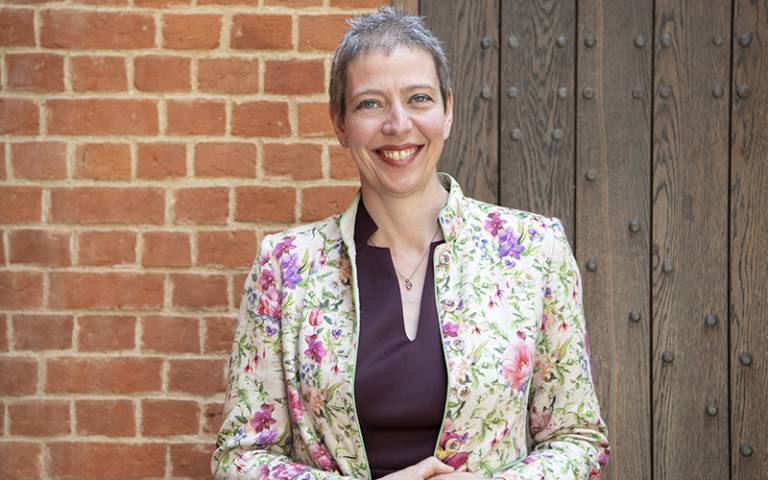 The first attempt at prostate cancer screening assessed nearly 6000 men with annual digital rectal examination, and detected 75 prostate cancers, with an overall survival for those men of 77% and 44% at 5 and 10 years respectively. A subgroup of 22 men underwent total prostatectomy, and their survival was increased to 91% and 69% at 5 and 10 years. A link between early detection, curative treatment and prolonged survival was established.

In 1984, the first prostate screening programme to use imaging as a screening tool was reported. Men were invited to a specially adapted chair with an upright ultrasound probe inserted per rectum. 1396 men were examined and 8 found to have prostate cancer.

The gamechanger in prostate cancer screening came with the use of the blood test prostate specific antigen (PSA). This was initially shown to be more useful than serum prostatic acid phosphatase in detecting prostate cancer recurrence in men who had undergone radical prostatectomy. Over time it has become a key test in population-based screening for prostate cancer, as well as its use in clinical practice.

The European Randomised Prostate Cancer Screening Study (ERSPC) has recently published 18 year follow up data, which shows a further absolute reduction in prostate cancer mortality in the screened group, with a number needed to diagnose of 13 to avoid one prostate cancer death. The cumulative incidence of prostate cancer in the screening group was 9.8% over the maximum 18 year follow up, compared to 7.8% in the control group. The efficacy of screening varies with the exact screening regimen, which varies between countries, with a longer screening period showing added benefits. The editorial accompanying this paper neatly describes the ‘lack of solid evidence for the downsides of screening’ – that many men having radical treatment have life changing side effects on urinary, sexual and bowel function. They emphasise the need to firstly collect robust data on the effects of over diagnosis and overtreatment, rather than the current practice of collecting aggregate scores across domains which can mask the true impact of a range of side effects5.

The problem with the screening strategies that have been used to date are that the diagnostic test (a standard transrectal prostate biopsy, with samples taken according to a predefined systematic approach) is inaccurate, leading to both underdiagnosis of significant disease, and overdiagnosis of indolent disease. The UCL led PROMIS study has shown that standard TRUS biopsy detects only half of significant cancers6 when compared to the diagnostic gold standard of 5mm transperineal prostate sampling. The next step was to see what happened when MRI is used as the test to decide whether or not to do a biopsy, and how that biopsy is done. The PRECISION study, also led by UCL, randomised men to a standard biopsy or an MRI and a targeted biopsy only in those men with a suspicious MRI. This, and later studies, showed that using an MRI before biopsy increases the detection of those cancers that may benefit from treatment. In addition, it detects only half of those indolent cancers where treatment can only cause harm7. And it allows between one third and one half of men to safely avoid immediate biopsy, thus offsetting the costs of using it as a first diagnostic test.

Will prostate MRI be an appropriate population-based test to maintain the advantages of screening whilst reducing overdiagnosis and overtreatment? We know that tests which are helpful later in the natural history of disease are not always appropriate as screening tests, for a number of reasons. Two UK studies will help to inform us of the potential of prostate MRI as a screening test: – the Imperial College Prostagram study, now fully recruited, uses a combination of MRI, PSA and ultrasound to determine who is offered a prostate biopsy. This will provide very interesting data, however the inclusion of self-referral in the recruitment method means that it will not wholly replicate a formal screening approach.

The Re-Imagine Prostate Cancer Screening study, led by UCL and funded by the MRC and CRUK is due to start recruitment in Autumn 2019, and will use traditional screening methodology to identify and recruit men via participating GP practices. It will use the most modern MRI techniques and PSA to identify men who are invited for further testing. In addition, men who go on to further test will be able to do this within the Re-Imagine Prostate Cancer diagnosis study, which will have the most comprehensive correlation of MRI and other biomarkers in a cohort of over 1000 men.

These new data will offer a unique insight into whether prostate MRI could be the test that we are looking for to preferentially detect those cancers which will benefit from treatment, whilst minimising overdetection and overtreatment which can only cause harm.

Professor Caroline Moore is a trail blazer for women in science. As the first female professor of urology in the UK, she is a role model for all women considering careers in medicine and all women at UCL.

This profile originally appeared in the Hippocratic Post on 12 November 2019.