Men will be given MRI scans as part of a UCL-led clinical trial, which could lead to a national screening programme for prostate cancer. 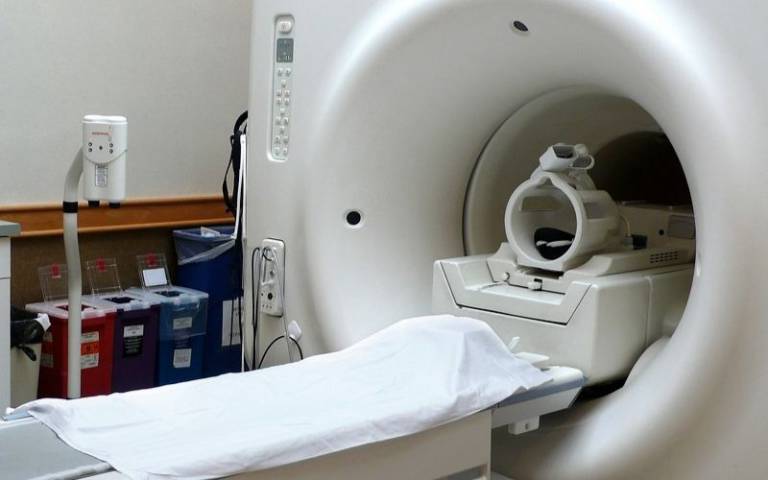 The ReIMAGINE trial will test whether MRI scans can be used as a population based screening tool to detect prostate cancer, rather than the prostate-specific antigen (PSA) blood test, which is known to be unreliable.

The trial follows the recent change to National Institute for Health and Care Excellence (NICE) guidelines, which made MRI a first line test for men suspected of having clinically localised prostate cancer. This guideline change followed award-winning research, led by UCL, which found that MRI scans and targeted biopsies are better at making a positive prostate cancer diagnosis than standard biopsies.

The trial is in two different parts.

The study will recruit around 1000 men who have had a raised prostate blood test (PSA) test and have been referred to one of the participating hospitals. These men will have an MRI scan, which will be combined with high-tech diagnostic tests

A further 300 men, aged between 50 to 75 years old, will also be offered an MRI to see if it could be used as a screening test for men. Each patient will be given a 10-minute MRI scan, which is a simplified version of the 30-minute scan used in men referred to hospital because of a raised blood test. All the men in the screening study will be recruited via participating GP practices.

The ReIMAGINE trials, funded by the Medical Research Council and Cancer Research UK, are due to start in summer and autumn 2019.

Professor Caroline Moore (UCL Division of Surgery & Interventional Science), ReIMAGINE Screening co-chief investigator, said: “We know that MRI works well for men with a raised PSA blood test, and it is now the standard of care for NHS England.

"The ReIMAGINE screening study will assess whether MRI might be a useful test for population screening, to detect prostate cancer in men using an invitation through their GP practice.

"Previous screening based on PSA blood tests and traditional biopsies have not been shown to be effective enough as a screening tool for implementation across the UK."

The current PSA test is considered too unreliable for population screening in the UK because of the risk of false positives and false negatives – about 75 per cent of men who get a positive result are not found to have cancer, while it misses the cancer in about 15 per cent of men with prostate cancer.

Approximately 130 new prostate cancer cases are diagnosed in the UK every day and in 2016 alone, 11,631 people died from the disease. Advances in imaging technology have already led to changes in current practice across the country with MRI now recommended as the first test for men referred to hospital by their GP.

Lead trial investigator, Professor Mark Emberton, Dean of the UCL Faculty of Medical Sciences, “Using the PSA test means you end up with a lot of men being diagnosed with cancer that isn’t destined to kill them.

“What’s beautiful about MRI is it overlooks the many, many cancers which don’t need to be diagnosed.

“If we can detect cancers earlier and more reliably with a non-invasive test, this could help to improve the survival rates to prostate cancer, which kills about 11,800 men in the UK annually.”